John Legend Visits Sandy Amp
Even the big stars weren't immune to having to cancel tours in the light of 2020, and that includes John Legend. Originally set to embark on a tour for his 2020 album Bigger Love that same year, he rescheduled to fall of this year, with such a wildly successful tour that a second leg has been announced, and it's kicking off in Salt Lake City at the Sandy Amphitheater on Saturday, Oct. 2 at 7 p.m. The album is full of classic Legend, brimming with sensuality and ruminations on the "love song" genre he does so well—like on "Actions," where against a gooey, sampled beat from Dr. Dre's "The Next Episode," he sings that "actions speak louder than love songs / I've been doing it all wrong." That doesn't stop him from also comparing his method of stewing up some love to that of a "Slow Cooker," so his inventiveness within the love song genre remains. There are also stirring features from the likes of Gary Clark Jr. ("Wild") and Jhene Aiko ("U Move, I Move"), among dance-ready pop tracks like "Don't Walk Away" featuring Koffee. All are sure to please his legion of fans. He'll be joined on the tour by special guest Kirby. The show is all-ages, and tickets are available at sandyamp.com for $99.50 - $499.

Lucy Dacus, Bartees Strange at Metro Music Hall
On her third full album—Home Video, released this year—Lucy Dacus deploys her showstopping lyricism and clear, smooth vocals to explore her own past growing up as a Christian youth. But as much as she allows intimate glimpses at deeply detailed memories—like the stunning single "Thumbs" that recalls, with film-like closeness, a friend's meeting with an estranged father—she also digs into pop elements with great success. Songs like "First Time'' ring with an upbeat indie pop rhythm, and the melody of the guitars stands out more than ever on this record. It's truly an album for those who have already loved the singular quality of Dacus' beautiful voice and poetry, as well as for those who are just now realizing her genius. She's accompanied by a brand-new firebrand in Bartees Strange, who released one of the most striking debut albums of 2020. Live Forever shifts from classic indie rock to rap to house to, to, to; it's a survey of every genre Black art has helped form, from the heart of a Black music maker who's spent his young life creating his own place in the many white spaces he's navigated. Live Forever is chock full of tracks that would excel as singles, because Bartees Strange has really got the stuff. These two on a bill alone are reason enough to come out on a Tuesday, so do, on Oct. 5 at 7 p.m. at the Urban Lounge. Find tickets at theurbanloungeslc.com.

Judas Priest at the Maverik Center
Thursday, Sept. 30 finds Judas Priest stopping in to Utah on their current tour, which is celebrating "50 Heavy Metal Years." And celebrate they should, being one of the foundational bands of a genre that's still going strong with offshoots upon offshoots. Their soaring power chords, over-the-top drama and driving, crushing tracks all changed the rock 'n' roll game forever. The British heavy metal rockers emerged from a hotbed of prog rock and a general trend of rock 'n' roll that moved in the direction of heavier riffs. From that fertile soil, the "Metal Gods" built themselves up using a mythic, operatic style, which with their popularity grew into a more mainstream-friendly look and feel, filled out with what would become their signature hard, fast and brutal approach—fully realized on albums like 1980's British Steel. Since then, they've spent the last 40 years building on that reputation for pure heavy metal rock, and metal fans would be remiss not to catch these founders of the genre when they stop in at the Maverik Center. The show is all-ages, starting at 7:30 p.m.; tickets are between $64 - $994. Visit judaspriest.com/tour for tickets and more info. 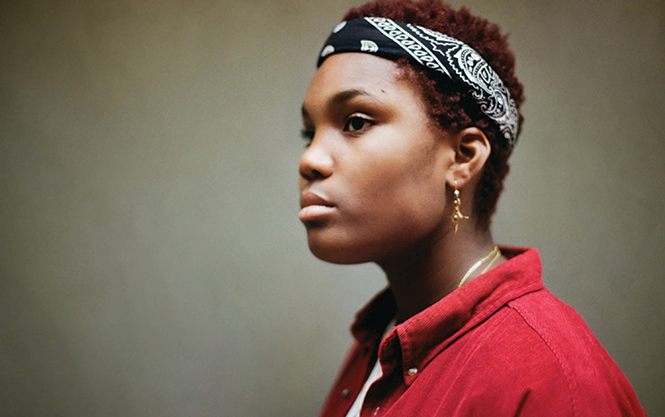 Arlo Parks Comes to Kilby Court
You'd be forgiven for thinking that Arlo Parks has been around for longer than she has. The solo artist is only 21, but her music is everywhere. Gaining fast fame from the time she was a teenager, the British artist was soon out with her 2019 EP Sophie, with all its sophisticated beats, youthful melancholy and her signature honeyed delivery. There she established herself as a lyricist clearly youthful, yet also unique and smart ("when I hear MF DOOM / it feels like you must be around somewhere"). She only builds on this craft on her debut full-length release, 2021's Collapsed In Sunbeams, which opens with a title-track of spoken-word poetry. It's a choice that can sometimes feel pretentious on any other artist besides Parks, who bleeds relatability. Her penchant for funk rhythms seems like some kind of conduit for her natural warmth, and her nods to Radiohead-era indie ("Eugene" feels like something straight off In Rainbows guitar-wise) feel like a logical vessel for her heady, emotionally-rich lyrics. Catch the young artist as she takes to the road in support of her stunning debut, alongside the six-piece group Michelle (how will they fit on the Kilby stage?), who lean into a genre fusion of seeming growing popularity among zoomers: bedroom R&B. See them all at Kilby Court on Wednesday, Oct. 6. The show is all-ages; tickets and more info can be found at kilbycourt.com.

Avatar Is Going Hunting
Swedish contemporary heavy metal band Avatar is currently out on a tour they waited a year and a half to launch thanks to the pandemic. The band has been releasing music since 2006, starting out as a firmly melodic death metal band, chasing heaviness wherever it thrashed all the way into the 20-teens—until 2018, where they leaned more into their extravagant and absurd tendencies. On Avatar Country, the band used the expertise that comes with metal to lean into a different kind of camp, spoofing on different kinds of metal bands, and even doing a honky-tonk-slash-AC/DC thing on "The King Welcomes You To Avatar Country," which breaks down into a goofy, sensual rhythm that marks their musical talent in a Ween-type way. They followed that bonkers album with a return to some seriousness and a more traditional heaviness on 2020's Hunter Gatherer, which finds its inspiration in the bleakness of the world's current affairs. One can hardly blame them. They'll find support in Magic Sword and Tallah when they stop in at The Depot on Sunday, Oct. 3. The show is 21+, doors are at 6:30 p.m. and tickets are $26.50. Visit depotslc.com for tickets and more info.