Big Freedia visits The Urban Lounge, Blast to the Past with 9021YO, Pepe Aguilar at the Maverik Center, and more. 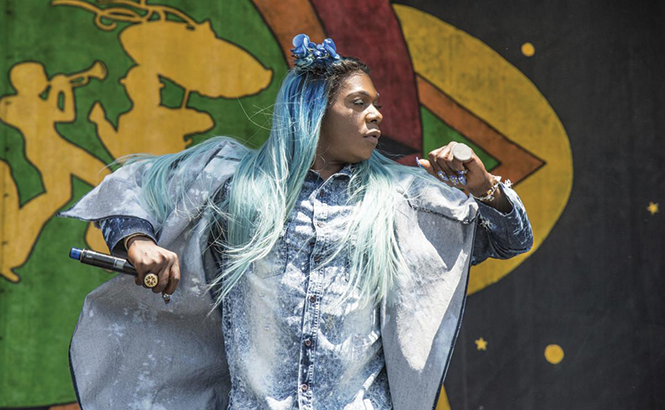 Big Freedia visits The Urban Lounge
It could be argued that Big Freedia is indeed maybe too big for this mid-size venue; she is, after all, the queen of bounce, literally. Big Freedia has enjoyed a blossoming career over the years, riding a wave of success thanks to her distinctive, attitude-filled niche—that of the underground subgenre of New Orleans hip hop called bounce music. Active since the late '90s, Freedia is credited with helping bring the genre to popularity on a wider scale, and at a time when super-aggro male rap was the order du jour, Freedia was like Lizzo before there was Lizzo, oozing confidence and tales of shit men for the women in early aughts audiences to both identify with and bounce along to. Those who aren't familiar may recognize her distinctive low and sensual voice from a sample that was featured in Beyonce's hit "Formation," or from collaborations with the likes of Charli XCX. But whether you know her or not, Big Freedia is worth knowing well on her own terms—not least because her songs will make you shake your ass more than any other artists. She'll be stopping in at The Urban Lounge on Tuesday, Sept. 14, and anyone who needs a midweek pick-me-up will definitely get it if they go to this wild night of bounce, bounce, bounce. Local queer rap babe Icky Rogers and Why Kiki's resident drag queen Sally-Cone Slopes will open. Doors are at 7 p.m., the show is $28 and 21+. Visit theurbanloungeslc.com for tickets and more info.

Blast to the Past with 9021YO
The Urban Lounge does know how to throw a double-feature event, and they've got a fresh one coming up hot for y'all. With Y2K nostalgia in full swing for many millennials, but more-so for Zoomers who are quickly getting old enough to go to 21+ venues like Urban, this upcoming Friday night will feature all of the trappings of that golden era. Mainly, the hits will be present, and as it's described on the event page, there will be nods to the "hip hop, R&B, pop-punk emo, Coldplay, super weird electronic crossovers, rap metal, Nickelback and Smash Mouth" that colored the beginning of the aughts. If you weren't there and don't know what to wear for the occasion, don't listen to whatever is being said on TikTok about what was popular in the early 2000s—just google "TigerBeat 2002." This two-pronged event will kick off at 7 p.m. as a backyard tribute show behind The Urban Lounge, which is $10 and gets you into the afterparty that starts at 9 p.m. inside the venue. If you can't make it to the former event, the afterparty is only $5. Dubbed the 2000s Party, it will feature local DJs Flash & Flare and Bo York. Don't call them old, but they were probably around during the turn of the millennium, which makes them experts on what to spin. Visit theurbanloungeslc.com for more tickets and info.

Pepe Aguilar at the Maverik Center
A household name in both Mexico and the States, the Texas-born, Mexico-raised Pepe Aguilar has long been a star in the world of Latin American music. While he came up with singles of his own in the '90s—most notably by way of songs like "Por Mujeres Como Tú—he's also always been one to nod to his peers and those who came before him. A large chunk of his fame was earned, after all, after releasing first in 1999 his album Por El Amor De Siempre, which was full of songs from 1970s crooners who came before him like Camilo Sesto, Napoleon and José José. After that successfully-received release, in 2000 he'd tribute again, this time for Jorge Negrete, Pedro Infante, Javier Solis, Miguel Aceves Mejía and Vicente Fernandez. All of this not only earned him an honorable name in households across North America, but it also earned him fame in his own right. He's stayed busy since, too, releasing albums steadily throughout the 2000s, with his most recent effort out in 2016, in No Lo Había Dicho. He'll be bringing all this legacy to the Maverick Center on Friday, Sept. 10, touring with his two children, Leonardo and Angela Aguilar, just as he used to tour with his own musical parents. Tickets run from $46.50 - $220.50, and the show is all ages. Visit livenation.com for tickets and more info.

Charley Jenkins at Sandy Amphitheater
It's not every country boy who can walk the walk when it comes to actually knowing about the things he sings about. But Charley Jenkins is a Utah-born and bred cowboy who grew up on a farm in Eastern Utah, and spent his youth working hard and playing hard at the rodeo. And that's what his music has been about, since he started working on and releasing music in the early millennium, and during his time in 2008 on Nashville Star (the country version of American Idol). Now he's back in his home state for a show at the Sandy Amphitheater coming up on Friday, Sept. 10. The "Simply Charley" event will be a Charley-only night of entertainment, so come ready for all the true-blue country tunes Jenkins has to pull from his sizable discography. The show has tickets available for between $15 - $20, is all ages, and starts at 7:30 p.m.Visit sandyamp.com for tickets and more info. 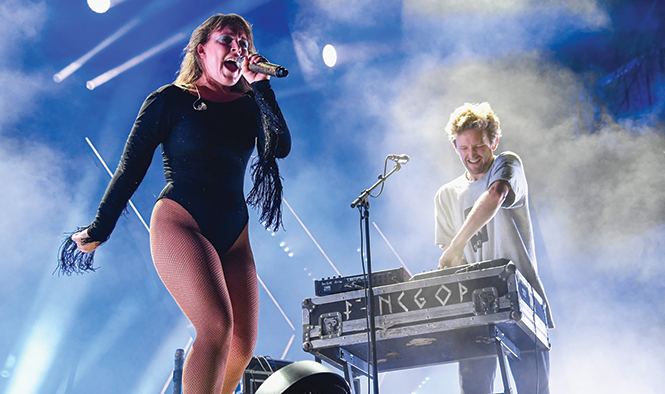 Sylvan Esso at The Union Event Center
A staple of 20-teens indie pop, nobody does cool and smooth quite like Sylvan Esso. Most famous for songs like the 2014 track "Coffee," (you are hearing the near-murmured lyrics "Wild winters / Warm coffee / Mom's gone / Do you love me?" as you read that word). Their newest effort, the 2020-released Free Love comes at their rather deliberate pace—three years passed between their self-titled album and 2017's What Now. And it has a few things in common with their 2020 live album, WITH, which accompanied a live streamed concert. Free Love was also debuted virtually, with a multimedia art project that went up on their website, which included a 20 minute modular set that pulled samples from the album, art pieces and interviews with collaborators. Free Love feels bolder in some ways, with heavier handed electronics that call to mind songs by the likes of LCD Soundsystem. It's certainly just as danceable as their former releases, and you can see it live when they stop in at The Union Event Center on Monday, Sept. 13 for their aptly titled Shaking Out the Numb Tour. Tickets are $35 and the show is all-ages. Visit theunioneventcenter.com for tickets and more info.