SLC Musicians at TEDx, Art for Recovery Returns, Palace of Buddies Get an Album Release Show 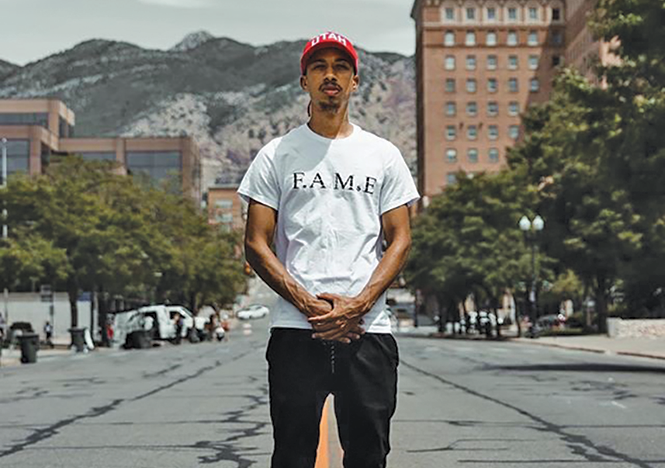 SLC Musicians at TEDx
Many musicians carry powerful stories in their words just as much as their music, and that will be evident at the upcoming TEDxSalt Lake City event (see Essentials p. ??), where among speakers from all walks of life and backgrounds, three Utah musicians will make their voices heard. They'll work with the theme "(un)conventional wisdom," a riff on the concept of "conventional wisdom," born from John Kenneth Galbraith's ruminations on what kinds of thought and action were rewarded by 1950s American society. There are certainly a lot of conversations to be had today about what kinds of work can get us out of our various messes. One of the speakers in particular, the local poet and hip hop artist C.Valenta, is an especially apt fit—just take a look back at City Weekly's third installment in our "Black Voices Matter" series, where he let loose a scathing poem that is pretty representative of his lyrical skills and depth of insight, if not the amazing production in his collection of recently-released singles. He'll be joined in the virtual event by another local musician, Dominican-born and Utah-raised Jazzy Olivo, who also happens to be a triple threat singer-songwriter-actress. Olivo has been everywhere from reality TV (La Academia USA) to Broadway in Mexico City (as Motormouth Mable in Hairspray), and after spending time making music with the jazz fusion band The Mix, she's focusing on her solo career now, with the release of singles like "Para Ti," and performances at the Excellence Concert series and SLUG picnic. TedXSalt Lake is streamed online Sept. 19, 9 a.m. to 5 p.m., with virtual tickets available at tedxsaltlakecity.com/tickets for $15, and $50 for very limited seats at Kingsbury Hall.

Art for Recovery Returns
The second time around for one new arts festival has been a tricky thing to navigate with the pandemic hanging around, but ARC (Art for the Recovery Community) is pushing on ahead with their efforts to bring art from the recovery community to the fore. While last year was obviously an in-person event, this year is following the pattern set by many others already, moving the festival online. This year's fest, in collaboration with the Utah Society of Addiction Medicine, offers a digital gallery for the visual aspects of the show, available online for viewing Sept. 21 - 27. Near the end of the week-long fest, recovering musicians, poets and other performers will take over for a livestream broadcast on Sept. 26 at 7 p.m., following a week of daily artist features and interviews also up on the site. The musical lineup is still under wraps at press time, but seeing as the festival is also free, it's worth stopping in to see the work coming out of this community. For an idea of what the festival might look like, visit artfortherecoverycommunity.com for an archive of last year's festival setup and featured talents, and follow updates from ARC online at facebook.com/artfortherecoverycommunity.

Palace of Buddies Get an Album Release Show
Back in May, Palace of Buddies released Idle Tremors, and despite it being their first album since 2011's Summertimes, they didn't get to do an album release for the special occasion given, well, the circumstances that are still our circumstances. But, they're finally getting the chance with the help of the Urban Lounge's backyard show setup. It's a good thing, too, because if you weren't around in the heyday of Palace of Buddies, you don't know that it's just two instrumentalists, Nick Foster and Timothy Myers, looping their instruments to create their signature multi-faceted, synth-guitar-drums-driven sound—it's impressive to see live, and rare to get a chance to. If that's not enough to tempt, the show will be rounded out by ever-creative dancing from The Heartland Collective, plus opening sets by Matt McMurray and Conquer Monster. Conquer Monster, too, are a rare act to get the chance to see, but most recently were putting on light shows in the dome at Clark Planetarium as part of the Illuminate Festival. Their innovative synthed-out style sounds like what a 1980s robot hero would make as he journeys through space, a whimsical narrative that isn't too far off from what Conquer Monster themselves say their music is more or less about—a fact which the duo talked about last year with City Weekly for a story on their 2019 Illuminate set. All in all, this is a splendid opportunity to see and celebrate significant SLC creatives all in one place. The socially-distanced outdoor show will be Friday, Sept. 18 at 6 p.m., and only costs $10. Keep in mind that tickets are sold in household groups of two to four at a time. Buy tickets vis facebook.com/palaceofbuddies.

Utah Philharmonia Outdoor Showcase
There's something about a college campus in the fall—even during a pandemic—that is just magical. Leaves (what's left of them after Hurricane SLC) are turning colors, there's a coolness in the air, and the sun is a little gentler. Visit the University of Utah campus on Thursday, Sept. 17, and you'll find another pleasant feature of the landscape. The university's top orchestra, Utah Philharmonia, will grace Presidents' Circle for a free performance of not just a known classic, by way of Tchaikovsky's "Serenade for Strings," but something of their own, too. The reputation of this competitive and highly talented orchestra—which finds them taking on such tasks as soundtracking the Lyric Opera Ensemble's full-scale opera performances each spring—is such that they've had a work of music arranged just for them, and not from anyone around here. Chicago-based composer Stacy Garrop—author of terrific works like Terra Nostra—has composed a work for the Utah Philharmonia that is all their own, and curious symphony fans will be excited to know that it will make its world premiere at this event. So, come for some good old classic Tchaikovsky, and stay for the brand-new offerings that the Utah Philharmonia has to offer to the world of orchestral music. This socially-distanced show runs from 6 p.m. to 7 p.m. Visit music.utah.edu for event info. 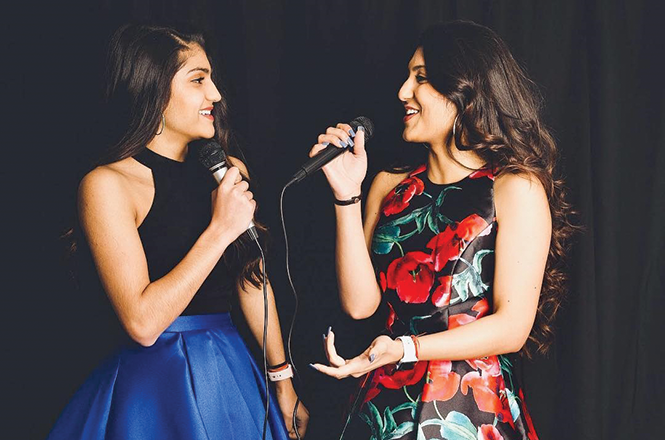 SLUG Picnic with a Bollypop Spin
If you've never heard of bollypop, now you've got a chance to learn what it is firsthand, and from a pair of local artists. Sisters Aarushi and Amishi Rohaj are two very young singers who specialize in both zoomer-style covers and a Hindi track here or there, too. While their career is still young, the pair performed recently at the governor's mansion, meaning the SLUG picnic should be a piece of cake for the pair, who also often go by A&A Bollypop. They'll be joined by a colorful flamenco routine from Flamenco del Lago—at its root the work of Katie Sheen, a local flamenco expert who teaches classes and performs all over the valley. Her stuff especially will be complimented by Gabino Flores, a maestro of classical guitar who, outside of performing, uses his expertise as a private classical guitar teacher. The masked-up, socially distant night will be much like all the SLUG picnics in the past months have been, featuring reservable picnic spots for up to six people (from the same household, please!) for $75, though general admission tickets (posting up on your own in the back) are only $15, while your bring-a-dog ticket is an additional $10. Picnickers can look forward to a goodie basket full of treats and swag from local sponsors, but otherwise, any attendee can browse the local vendor booths present as well as partake of the food truck that will be present for the event. Hand sanitizer will be available, and though you should always have your own, theirs is provided by sponsor Waterpocket Distillery; if you've smelled those distillery-made sanitizers, you know they're just a little better than everything else. The concert finds a new locale in the lot at the new SLUG offices on 230 S. 500 West. Visit slugmag.bigcartel.com for tickets and more info.