Music | You Name It: New York artist Miles Benjamin Anthony Robinson is neither short nor sweet. 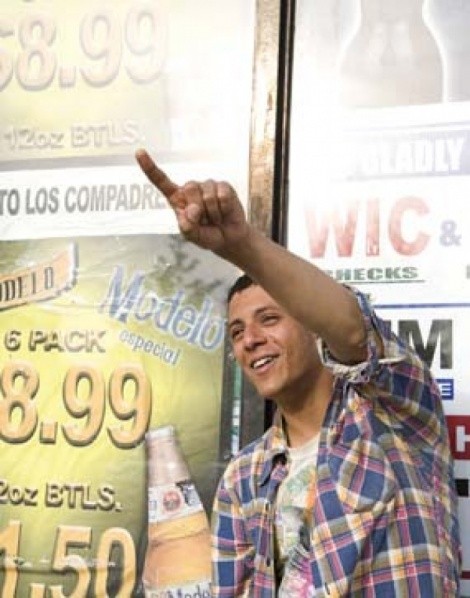 Things could be a lot easier if he up and chose a different moniker. People do it all the time—e.g., Noah Lennox becomes Panda Bear; Mike Skinner becomes The Streets; Conor Oberst becomes Bright Eyes. But, no. He had to take the road less traveled, one stripped of artifice and affectation, and stick with what is undoubtedly one hell of a mouthful. Meet Miles Benjamin Anthony Robinson.

And, according to the outgoing message upon his phone, “Life … sucks …”

Admittedly, being touted as one of Brooklyn’s best-kept secrets can’t be easy. These days, it seems just about every other band making its mark on the music scene calls Williamsburg home. But things for Robinson are truly a bit different. Born in Oregon, the 25-year-old wound his way to New York City after reading and rereading Please Kill Me, a book chronicling the New York City ’70s-era punk scene. Upon his arrival in 2000, he quickly immersed himself in the mushrooming local indie-music scene and began recording.

“I’ve pretty much recorded two albums a year ever since I was 16,” he says. “Really, most of it wasn’t my best work, but a lot of the songs on my first album found their beginnings during that time, especially as I started to hone my craft.”

It didn’t hurt that Robinson befriended some of Brooklyn’s cream of the crop: Grizzly Bear and TV on the Radio. Ever the champions of his songwriting, Robinson recorded his self-titled debut in his own apartment with the help of Chris Taylor and Chris Bear (Grizzly Bear). Later Kyp Malone of TVOTR and Daniel Rosen (also of Grizzly Bear) got in on the act, overdubbing their own creative touches. The result: A stunning album crafted from Robinson’s touching emotive self-explorations, imbued with layer upon layer of subtle harmonies juxtaposed against heavy discordant guitars.

“When I recorded that album, I had been playing in a bunch of destructive bands, and my health was running thin,” says Robinson. “Basically, I had retired from the scene at 21; I was too tired to do this anymore. But then I met all these great supportive guys. It helped that were having their successes. They could see the light at the end of the tunnel, and they kept encouraging me to keep going.”

While his music often surveys territory about self-sabotage and rock & roll torment—his brilliant sing-along single “Buriedfed” is a swan song of sorts about his own funeral written when he has a youthful 20-year-old—Robinson can’t help but be relatively happy with the way things are actually turning out. Spring 2009 will see both the release of his sophomore LP Summer of Fear (produced by Malone) and the recording of a “far-more optimistic” third album.

Still, with all that in the works, don’t expect the young Miles Benjamin Anthony Robinson to go changing that message on his phone any time soon—and, while you’re at it, you can forget about messing with his name, too.