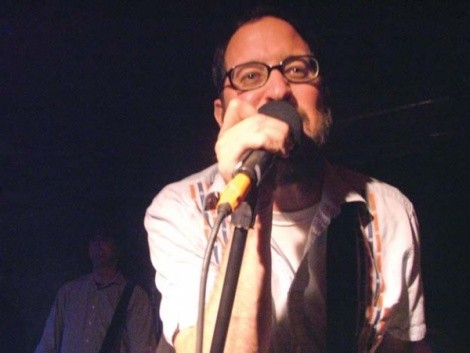 It was 1983, and my mom bought three tickets to my first concert: Kiss’ “Lick It Up” tour. I recall hearing the name J.C. McNeil in the radio ads, or seeing it on the tickets and wondering, “Who is this guy, and how is this show by the self-proclaimed ‘hottest band in the world’ his production? Surely the mighty Kiss wasn’t subject to anyone but themselves?”

Naive—but I was 11 years old. Mom explained that there’s always a businessman behind the show; a local guy responsible for making arrangements for the band. For years, at every concert I attended, I looked for him. At arena concerts, through binoculars from row K2, I spotted a guy in the wings. He stood, arms crossed, observing the high-decibel proceedings with a supervisory mien. Years later, I learned he, in fact, was that guy—or at least a minion. He was also at club shows, in a more frantic incarnation, walking if not jogging between dressing rooms and business offices and the stage.

I thought it must be cool to be the man in charge at the Big Rock Show. Imagine all the autographs and photos—nay, the opportunity to be friends with Gene Simmons! How about earning the right to bill myself by my initials, like I’m King of Rock Mountain? Oh, yeah.

Except that no matter the show or situation, these guys have a vested interest in ensuring that the shows go off without a hitch. As promoters or producers of the event, they’re responsible for bringing your favorite band to town but also for selling the tickets—perhaps more so than the bands themselves. If they don’t put asses in seats, their own posteriors face consequences.

Staging events costs money, and promoters put up their own, betting on bands like high-risk stocks. A successful shows hinges on so many factors: the act’s popularity, the market/economy, ticket prices, location—to name a few—that scant few promoters actually make money, let alone survive long in the industry.

City Weekly spoke with three successful promoters—one relatively new, one the big cheese, and another who left the life at the top of his game—about their experiences, and whether concert promotion is worth it.

WILL SARTAIN: Passion Fruits
Facing a 70-hour workweek, Will Sartain of S&S Presents hesitated when asked to talk shop with City Weekly. Normally genial, Sartain sounded perturbed at the idea of yet another task to pile on his plate. His kindness prevailed, at least enough that Sartain agreed to cram an e-mail Q&A in between corresponding with booking agents, band managers, vendors and other contacts about upcoming shows at his own venues Kilby Court and The Urban Lounge, as well as others like In the Venue.

“I am very passionate about music,” says Sartain, a successful local and touring musician in his own right, having fronted the bands Redd Tape and The Tremula and released two solo albums. In 2003, his fervor led him to volunteer at Kilby Court, a venue whose all-ages, almost communal concept inspires music fans to pitch in and support the scene. “[Then-Kilby owner] Phil Sherburne ended up hiring me instead because Kilby didn’t do volunteer work back then.”

Initially Sartain worked the door and functioned as soundman before falling into booking bands “after I became familiar with different bands and the music scene at the time.” Sherburne mentored Sartain, teaching him the ropes of operating a live-music venue as well as his vision for Kilby’s role in the community. “Phil was a very good person to be mentored by,” says Sartain, who also credits booking agent Erik Carter of Uncle Booking (Deerhoof, Why?) with “giving me a lot of ideas on how to link different things in the city to make a successful show.” Among these were how to involve radio stations, print media, record stores and fans in getting the word out about the shows.

Sartain eventually formed S&S Presents with partner Lance Saunders, booking burgeoning indie rock and underground hip-hop acts like Dr. Dog and Aesop Rock. Together they own Kilby Court (Sartain operates Urban with partner Chris Wright) and a record label (Kilby Records). It’s hard work; Sartain estimates he puts in 50 to 70 hours a week depending on the schedule. Some nights, he may not get home until 2 or 3 a.m. Days off? “I can take nights off once in a while, but rarely.”

“It is always a constant challenge,” says Sartain. “It is always a learning experience, but as far as day to day, I am very comfortable now.” He attributes his achievements in concert promotion to maintaining a degree of level-headedness and holding fairness at a premium. “The biggest thing is not to get to complacent. Aspire to do the right thing and do business the right way. Never cheat anyone, try to be generous and friendly.”

Then again, when asked if he’d recommend promoting live music to anyone, he says, “I don’t recommend it.”

JIM McNEIL: Original Gangsta
United Concerts is Utah’s answer to Live Nation or Clear Channel—and founder Jim McNeil is our answer to legendary promoter Bill Graham. Rumors about the intensely private live-music mogul portray him somewhat sinisterly, as a hybrid of Donald Trump and Vito Corleone, perched in the penthouse office of an ivory tower, petting a vicious cat and, depending on the way his whim blows, granting favors or crushing enemies.

In reality, United Concerts’ top-floor office is in a nondescript two-story office building at 466 S. 400 East. Scores of framed, autographed photos and posters for artists like Metallica and the Rolling Stones adorn the walls, but there are no fountains, no antique oak desks, no bejeweled litter boxes. And the 60-something man of average height and profile peers at this reporter through his only apparent extravagance: round lenses in tortoiseshell frames.

McNeil’s gaze is friendly enough for serious business. He’s a busy man, working as much as Sartain even 46 years after he booked his first show as a 16-year-old in Minneapolis. Fittingly, he’s not shy about checking his watch—a tacit hint that this interview is one of many tasks, so let’s get the show on the road. He’s effusive, nearly breathless, when he says he chose this business because, “I love rock music.”

Reminded of early days when tickets, advertisements and radio spots referred to him as “J.C. McNeil,” the mogul laughs bashfully. “I only used [that name] for six months, until I realized someone was gonna call me that.” He henceforth adopted the United Concerts moniker, now Utah’s most recognizable concert brand.

The risks, to McNeil, were worth it. By 1972, McNeil inaugurated United Concerts—a full-fledged production company—with a performance by The Steve Miller Band at the now-defunct Terrace Ballroom. Now McNeil has logged over 3,500 productions—in Utah and the Intermountain region—as the go-to company for the world’s biggest touring acts. In fact, if it’s not Live Nation bringing the Dave Matthews Band, Jack Johnson, Billy Joel and Elton John’s “Face to Face” tour, the 2004 Simon & Garfunkel reunion, Bob Dylan, Kiss, B.B. King or countless other huge acts to Utah, it’s United Concerts—or both, as McNeil and the national live music juggernaut occasionally join forces. But Utah is where United Concerts’ presence is strongest: It was UC that started the long-running outdoor concert series in Park City, and today owns and operates Utah’s largest concert venue, the Usana Amphitheater, and biggest 21-plus live music club, The Depot.

Like many promoters, McNeil just “dove right in” to what, at the time, was a “new business.” As such, he had the luxury of writing his own procedural manual. “I made it up as I went along,” he says proudly, once more checking his watch. He’d budgeted 10 minutes for the interview; 40 have passed. He politely excuses himself from the room, off toward the next item of serious business.

KINCADE BAUER: Life After Promo
Even today, diving right in seems to be the way to break into concert production. First, one decides to do it, then discovers whether he/she has the mettle to see a production through from concept to concert. Not everyone can hack it for life like McNeil.

In 2004, Kincade Bauer told City Weekly, “This job is really who I am.” He quit about three years ago.

It was nearly a decade since Bauer’s first concert—a charity benefit with local punks Hospital Food at Logan’s Whittier Center. At the time, he was college student eyeing a career in IT and simply wanted to raise money for the Rape Recovery Center with the ancillary benefit of helping local bands land elusive gigs. His then-fiance urged him to try concert promotion as a full-time job. “Music was the first love of my life,” says Bauer, “and has been a religion for me.” The business gradually eroded his faith. “When I left, I no longer liked music [and] I always told myself that if I got to that place, I’d make a change.”

Bauer built his business the same way as Sartain and McNeil, starting as solo and graduating to bigger shows, more venues and artists like Snoop Dogg. “I bumbled my way through most of the common mistakes and eventually learned my lessons.” Alliance Promotion became Darkhorse Entertainment, and Bauer was booking bands in most of Utah’s clubs and theaters. Finally, he landed with McNeil, booking shows at The Depot.

“Every show was a learning experience,” says Bauer. “The first lesson is that you never have total control.” The constant stream of new and different challenges was “in many ways … what I enjoyed about it,” says Bauer, who has stories about stage-skittish Cat Power stopping mid-show until he brought her a glass of Glenlivet scotch, and once being asked to get a member of a “well-known Swedish metal band” to an STD clinic “right fucking now.” Ultimately, the stress took its toll.

“It’s incredibly tough when you’ve spent several months and many thousands of your own dollars promoting a show only to have the band get in a car wreck or fall ill,” Bauer says. All the experience in the world can’t prevent unforeseen events that “can turn a ‘sure bet’ into a very painful lesson … The promoter is always the one that takes the gamble, win or lose.”

From the outside looking in, Bauer encourages anyone “with the stomach” to “go for it!” Of course, he has caveats. “Be prepared for a whole lot of great experiences, and a few terrible ones. Get a good accountant, find an attorney that can help from time to time, and a few willing mentors. And remember that hard work will usually trump all other factors.”

As for himself, Bauer is content to be a marketing rep for Beam Global Spirits that, although it keeps him out late in the clubs, is more stable. “[Quitting] turned out to be one of the best moves I have made,” he says. And there’s another benefit he enjoys just a bit more: “I am now in a ‘happy place’ with music again.”