My Dough Girl In Trademark Trouble With Pillsbury 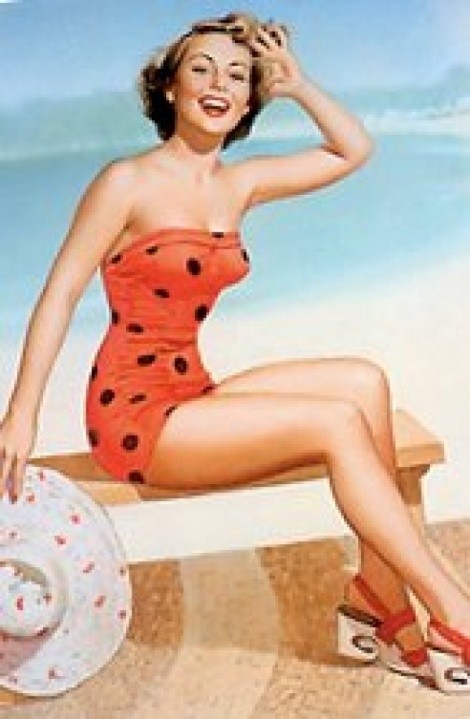 My Dough Girl’s menu features perky and pretty cartoon women in the style of 1950s pin-up girls. Each, like yellow-bikini-clad Betty—who has an oatmeal cookie with apricots and cherries named after her—are namesakes and mascots of various cookies. The menu doesn’t feature mascots actually made of dough such as the pudgy Pillsbury Dough Boy, but nevertheless, Dough Boy-trademark owner General Mills is demanding the locally owned cookie shop come up with a new name.

The dispute has prompted a shame campaign against the Dough Boy on Facebook. The “My Dough Girl vs. Pillsbury Corporation,” group has attracted more than 200 members.

“Customers are upset because they think, gosh, I could be the one under attack from corporate America,” says My Dough Girl owner Tami Cromar. Her trademark application for the My Dough Girl name and mascots has been stopped by General Mills, which is now pursuing further legal action.

Trademark law is designed to prevent creating confusion for consumers between new products and established brands. Without those protections, a business might spend years building its brand and awareness among customers, only to have a competitor open a business using the exact same name, or one substantially similar to it.

Cromar opened My Dough Girl—770 S. 300 West—in 2008. The nostalgic pin-up girl theme, she says, took inspiration from the “nose art” of World War II bomber planes, which often featured sultry women. Cromar liked the charm and attitude of those paintings and also the idea of honoring the Greatest Generation. “I wanted it to be sexy but not offend Walt Disney,” she says. That lead to the motto, “Who’s your dough girl?” The answer, of course, could be Vivianna, Penelope, Ricki, or any of the other cookie mascots.

It’s impossible for consumers to confuse her brand with the Pillsbury brand, Cromar says, and thus the complaint is frivolous. However, Cromar says Minneapolis-based General Mills Inc.’s gargantuan stature is frightening—its market capitalization is $23 billion—even if its complaint lacks merit.

Thus, the My Dough Girl name will disappear because Cromar plans to acquiesce to the corporation’s demands. While she would like to fight General Mills, “I’m afraid I’ll be broke and homeless if I do that,” she says. In the meantime, she has submitted two new names for trademark application, a process that takes at least six to nine months—longer if someone complains that the application infringes on their trademark.

Her battle may not be over, since the dispute with General Mills was a surprise and the Dough Boy/Dough Girl similarity had not even occurred to her. Now, however, she wonders what other names might get her in trouble. If she changes her name to “Virgin Cookies,” will Virgin Records or Virgin Airlines tell her to cease and desist? Would “Lucky Girl Cookies” infringe on General Mill’s trademark Lucky Charms?

That might seem paranoid—after all, the Pillsbury Dough Boy sells cookies and cookie dough, just like My Dough Girl. But it’s not paranoid, says Tammy Taylor, owner of Salt Lake City’s Got Beauty, 900 E. 2100 South. She speaks at a slower pace and in a quieter tone as she explains why she and her daughters—who own the store together—named one of their makeup lines Pops in 2004. “It was named after my grandfather,” who died that year, she says. “He loved color and everything beautiful. It was our tribute to him.”

That didn’t matter to Kellogg Company, owner of the Corn Pops, Pop Tarts and Rice Crispies trademarks. “We had the name for three years, then all of the sudden Kellogg’s was suing us for trademark infringement. … We chose to argue the point because the name was pretty special to us.”

It’s funny now, Taylor says, but it was stressful and scary at the time.

Salt Lake City trademark attorney Dickson Burton says there is a built-in advantage for big businesses within trademark law. It’s called dilution. If a trademark is determined to be “famous,” Burton says, it gets special protection. “You don’t even need to show a likelihood of confusion, only that you’re diluting the value of a famous trademark by using the trademark, even on unreleated goods,” Dickson says. McDonalds, for example, might successfully stop a clothing company from using the same name, he says.

But McDonalds is a proper name: not the word “dough” followed by a noun. Corporations, Cromar says, shouldn’t be allowed to own the English language and enforce that ownership with an army of attorneys. “At what point are there no words available?” she asks. “Every word seems to be owned, in some fashion.”

Dickson says one way businesses can avoid the problem is by choosing “fanciful” names, like Verizon, Kleenex or Microsoft.

The only advice Taylor has for small-business owners is to speak up and get the public on your side, like Cromar’s fans are doing on her behalf on Facebook. “That would have made a huge difference for me,” she says.

But even that comes with risks of angering the giant. Corporate counsel for General Mills has asked Cromar to not talk to the media about the squabble and to kill the Facebook page, which Cromar says is a “guerrilla uprising” of her supporters that she did not start and does not control.

When asked for comment, a General Mills spokesperson said only, “We routinely do not comment on pending trademark matters.”

For Cromar and Taylor, though, this is about more than words and trademarks. It’s about the value of local businesses versus big corporations, and the ability of small, local businesses to start and thrive.

“These little places give my town soul,” Cromar says of local businesses, “but these giant corporations that have a store in every town in America, they don’t give soul. It’s the little people who give soul to their community."