Walking in the Pride parade can be thrilling, inspiring and insanely fun

Oh, Pride—one of the deadliest of sins. Don't you love telling people we hold our Pride parade on a Sunday in downtown Salt Lake City, and tens of thousands of people participate? Salt Lake City has had Pride celebrations since the late 1970s, but we didn't have a real, live parade until 1990. I've attended each and every one of them in Utah and have marched in others throughout the country.


Gay Pride is not held on the same day throughout the country, so it's fun to travel and celebrate out of town. More than 2 million people were in and alongside the Pride parade that I attended a few years ago in Vancouver, Canada. There were more rainbows there than on all the islands of Hawaii!


The biggest Pride celebration is held every year in São Paulo, Brazil, where between 3 million and 4 million party for Pride. 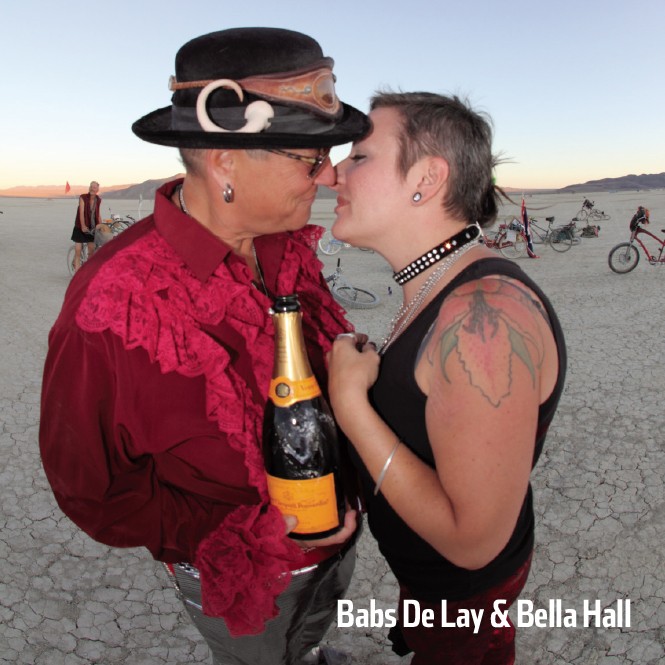 
I don't remember much about Salt Lake City's earlier celebrations here except that I rode my little chopper, had a shaved head with a pink tail, wore excellent leathers and had plenty of women willing to ride with me. As a group, we were generally loud and obnoxious and had great fun. I remember playing volleyball against a snatch of drag queens and bet them that we tough women would beat the padded bras off of them. Oh, hell! They wiped our butts with their sweaty wigs!

Here are some memories from folks, both straight and LGBT, about their first parades here in Utah: 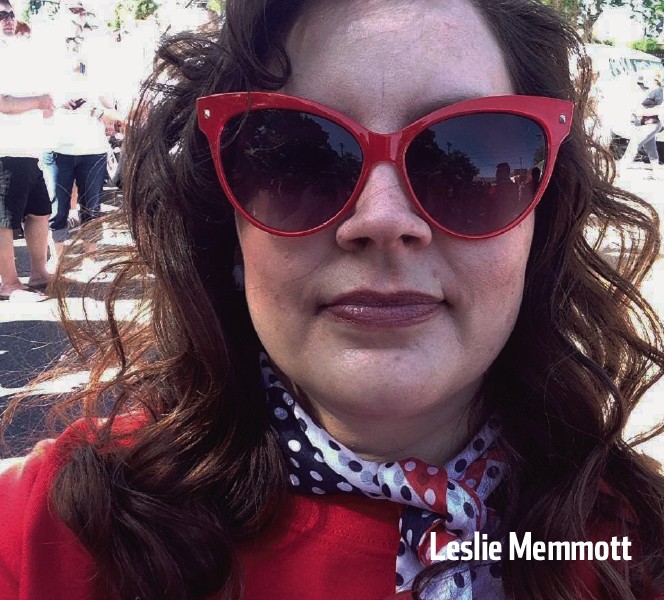 Touched My Soul
Leslie Memmott
The first time I walked in the Pride parade was 2014. I am fortunate enough to work for a company that participates in the parade, so I took advantage of the opportunity. I also took my 5-year-old daughter, because it's important to me to expose her to different lifestyles, cultures, etc. Although I consider myself an ally and supporter, I decided to walk for myself because it seemed like fun. And it was fun! I had a great time! I was amazed by all the love and positivity I witnessed. About halfway through the parade route, the experience changed for me and became much deeper. I happened to make eye contact with a woman who was watching the parade. She mouthed the words, "Thank you," with a look of gratitude that touched my soul. I was stunned to think that I had a positive and meaningful impact on this woman. I never thought my support could be that important. I didn't know her or her story, but I feel grateful that I could be there for her. Needless to say, I will be walking again this year! 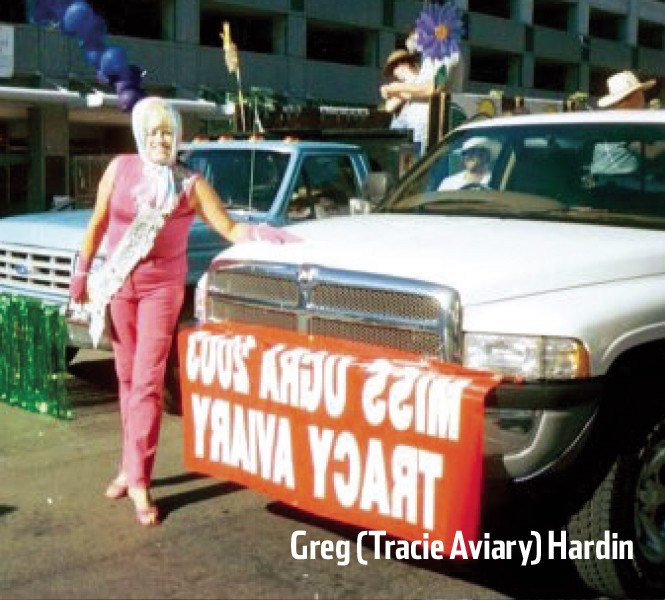 Pink Lame Evening Gowns
Greg (Tracie Aviary) Hardin
My first Utah Pride experience happened in 1986. My drag troupe, The Love Birds, and I were asked to perform as entertainment at Sunnyside Park. Preparations included wearing matching pink lamé evening gowns, newly styled Vidal Sassoon wigs and of course, a newly choreographed medley of hits by The Supremes. The performance took place on the back of a flatbed semi-trailer as a makeshift stage. I was very happy with our performance and by the audience reaction. We were asked back five years later to perform at Pride in Murray Park. In 2003, I was crowned Miss Utah Gay Rodeo and was informed by the Utah Gay Rodeo Association that I had to represent the organization in the Pride Parade. I chose to ride in the back of a pickup truck with my banner plastered all over the sides of the vehicle. It was a very hot day, and as we lined up for what seemed like a very long time for the procession to start, I was approached by the president of the Utah Bears to sit in the dunking booth (in drag) to help raise money for their organization. Hey, I'm not a glam-drag queen, but I was willing to do it to cool off and to have an excuse to get out of face. Several people lined up to take a chance at dunking "Miss Tracie Aviary," but it was a young 10-year-old boy who won the honor of dunking me, and pictures were taken. I sat at the rodeo booth out of face and enjoyed the rest of the day. My favorite part about Gay Pride is the parade and watching all the happy faces of the people as each parade entry passes by.

True to Myself
Cris Aitch
The first time I marched in the Pride parade was with the Pride Empathy Line. I was so excited to be participating because it meant I could be 100-percent true to myself without a single fear of being slammed down with hate speech and dirty looks. My best friend flew in from California to join me. It was one the best feelings ever to have her by my side as the crowd cheered on our cause. The experience made me feel proud and very loved. It helped me develop the courage to be more honest about myself with everyone I meet. Now, I look forward to new marching adventures with every Pride parade.

Loving Every Second of It
Sarah Jane Woodhouse
My first experience marching in the Utah Pride Parade came when I was asked by a dear friend to march in support of his campaign for office. Gordon Storrs, a Log Cabin Republican, was running, and I lined up with his volunteers and staff that morning to walk in the parade for the first time. Very early on in my transition, a few of my straight friends would comment on how I would become a great activist in whatever community I would settle into. I told them, "I have never been a marching, flag-waving, kind of person." I assured them this would never really happen because "that is just not me." Yet here I was, not yet five years into my journey as an out transwoman of faith, walking along with hundreds of LGBT people in front of thousands of supporters and, of course, those few nonsupporters (you know, the ones screaming on the street corner) and loving every second of it. It was a phenomenal experience, and I was overwhelmed by the amount of love that poured out from so many people—gay and straight alike. I have marched in the past two Pride parades, and I've added to that a tradition of marching in the Trans March on Saturday.

A Life Full of Lessons
Sean Dahl
First, let me state that, as of now, I am Mormon. I was born into a Mormon family, raised by conservative parents and have lived as a member for nearly half a century. Like everyone else, I have lived a life full of lessons. One of the things that has challenged my faith the most is the issue of homosexuality vs. religion. I was taught one thing: I heard completely different stories from my gay friends, many of whom were returned missionaries for the LDS Church. While this is still an issue that weighs on my mind, I have been forced to mold personal spiritual beliefs that don't completely coincide with church headquarters. In June 2012, I participated in a grass-roots organization called "Mormons Building Bridges," thanks to a newspaper article about Mitch Mayne, an openly gay man who was then serving in his LDS ward bishopric. The group was spearheaded by a woman named Erika Munson and consisted of mostly active LDS Church members who supported their gay brothers and sisters. The highlight of this experience was when my daughter and I were walking the parade route, and she pointed out a crying man who looked like one of my best friends. It was, in fact, my friend Craig (and his partner, Wes) who had only come to terms with his own sexuality a couple of years earlier. I moved over to Craig when he saw me. We embraced. It was one of the most powerful, loving embraces I have ever experienced. Along the entire parade route were men and women in tears, my brothers and sisters who have spent much of their life either hiding their true identity or, in many cases, being abused (emotionally, if not physically) for who they are. It was truly moving to see people come together, not separate into groups of "us" and "them." To this day, that experience remains one of the most spiritual experiences that I have ever had, bar none.

Guys With Little Dogs
Scott Harwell
Though I didn't march in my first Pride parade, I still remember the excitement of the event. I had just moved from Blackfoot, Idaho, which has only one parade per year, and that one has nothing to do with gay pride! I was with new friends and couldn't believe how many people were attending. We watched the excitement from in front of the old ZCMI store on State Street, as that's where the route traveled in those days. The police were out in force, and the motorcycle patrols were fantastic to watch as they cleared the way for the grand parade. The floats were done up in ways that only family could conceive: color, sound and energy were everywhere! The mayor led the parade and was followed by convertibles filled with then-brave and waving politicians. The floats sponsored by different clubs were a delight to watch. I've always favored the Club Try-Angles float, as I know the guys there. Bare-chested celebrities, every one of them. It was somber when the AIDS quilt flowed by, everyone tossing in a donation. And the people watching—gay and straight—were caught up in the parade. I had never seen so many guys with little dogs in my life! In the end, we all went to the City & County Building for an afternoon of concerts and food. Now, many years later, the route has changed, but that's all. The excitement and enthusiasm are as strong as ever. Can't wait for this year!