Film will show during Women's Week @ U 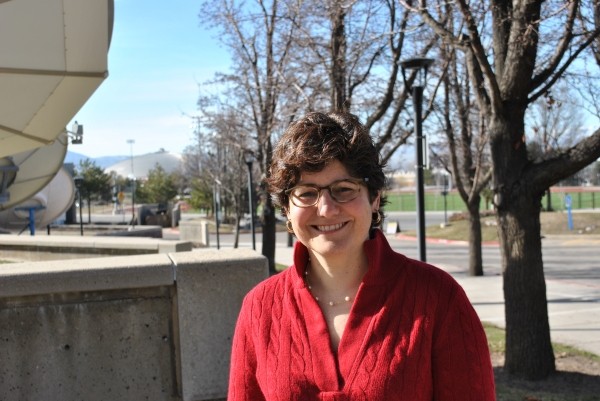 KUED producer Nancy Green specializes in producing documentaries for local and national PBS broadcasts. Her newest film is called Makers: Voices of Utah Women, inspired by the larger PBS series Makers: Women Who Make America. Green’s film looks at Utah’s response to the Equal Rights Amendment and profiles leaders in the women’s movement, such as Karen Shephard Hughes, Josie Valdez, Emma Lou Thayne, Debra Daniels and others. The film will be screened as part of Women’s Week at the University of Utah (Diversity.Utah.edu/womens-week), on Wednesday, March 27, at 4 p.m., in the College of Social Work community meeting room (395 S. 1500 East).

What inspired you to make the film?

I wanted to do something in conjunction with the national PBS series that would echo what they were doing but on a local level. I’ve made a lot of films about women in Utah and I’ve done work on civil rights in Utah, so it seemed like a natural fit. It’s called Makers because it’s women who make America; we’re the movers and the shakers. It’s about the roles of women, how those roles have changed over time, and how women fought for those roles to change.

Do you feel like Utah’s culture has made the women’s movement here unique?

We’re not unique in the sense that there are other regions with large religiously conservative elements, but I do think that the LDS Church does put a unique spin on things here because of the influence it has on the state. We have a unique history of women who pushed the envelope early on, in terms of fighting for women’s rights. In the 1870s, there were many women who were breaking the mold of the Victorian Eastern woman—there were women who were pioneering and women who were becoming physicians. I think there has been a strain of, if not necessarily feminism, progressive thinking about women’s roles in Utah.

What was the most interesting thing you learned from making a film about the women’s movement in Utah?

It was surprising to find out how much of an unknown the Equal Rights Amendment was at the time and what it would do. It wasn’t just a legal issue, but became very much of an emotionalized hot-button issue about what women’s roles should be and what our society should look like. I think the intensity of that surprised me, as well as the overwhelming majority of women who were opposed to it here. It was an issue that really blended so much—theological views, social values, what the home looks like and what the workplace should look like.

What do you hope to communicate to audiences with this film?

I think the message is the notion that change often comes at a price and is often difficult. There is still an underlying sense of sexism in our culture today, but it’s something we don’t necessarily see or that we’re not as aware of anymore. It’s more covert. There’s this underlying bias that exists, and if we understand some of the roots of it, then, hopefully, we can start grappling with it instead of just letting it go.

How have you seen the women’s movement in Utah change?

For a long time, the word “feminism” was sort of a dirty word because, I think, originally, feminism seemed like it was more about exclusion than inclusion. However, I think a lot of that has changed. It was interesting because I talked to people in their 80s and people in their 20s, and it seems that now almost everyone is willing to embrace this notion of feminism. It’s interesting to hear women around me who I haven’t heard from before speak up, and to hear from women who I thought were much more conservative. Women here want more of a voice—they want similar opportunities and more of a say, whether that’s in politics, church or another arena.