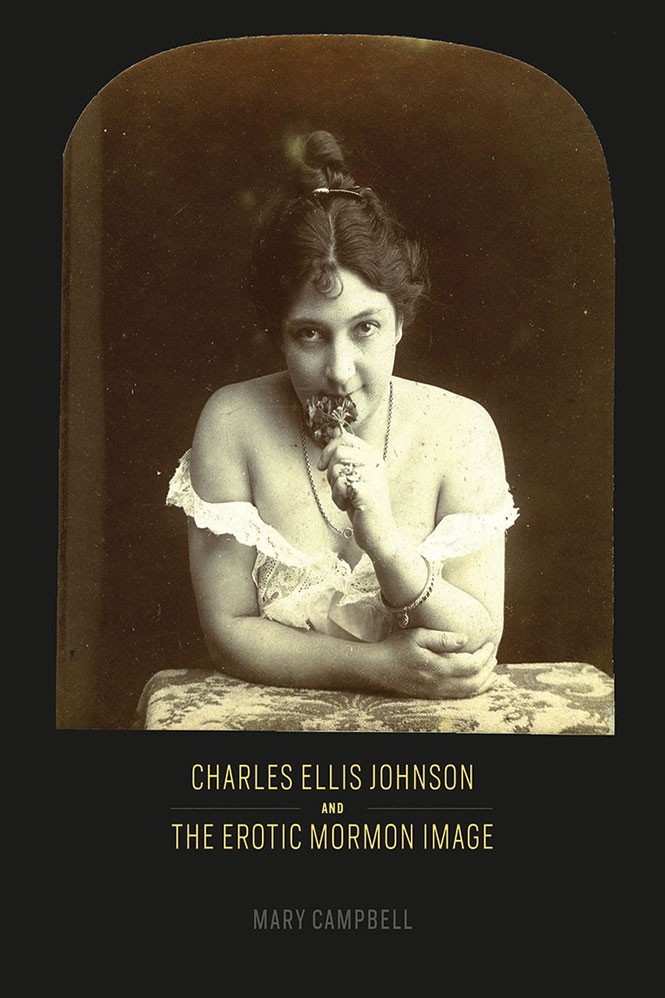 Campbell—an assistant professor of art at the University of Tennessee-Knoxville—has provided more than enough reason to read those articles. In part, her book is a profile of the title subject, a photographer who lived and worked in Utah for most of his 1857-1926 life, including production of racy postcards and "stereoscopic" images. But it's also a unique study of a time when Mormons were trying to change the American public's perception of them, at a time when polygamy had only recently been officially abandoned but that image of Mormon "harems" still held sway.

A Salt Lake City native herself with polygamous roots in her family tree, Campbell first learned about Johnson as a graduate student. "I knew that I wanted to focus my dissertation on a Mormon artist. I also knew that I wanted to write about photography," she says. As she researched possible subjects, she eventually came upon Johnson, and learned that Utah State University held some of the photographer's work in its Special Collections. When she called USU Special Collections photography curator Dan Davis, she recalls, he "promptly told me about the erotica. I remember him saying something like, 'You know that Johnson shot erotica, too. Would you like to look at that as well?'"

"To my way of thinking, there's only one answer to that question. And apparently it ends with a book."

The study of Johnson's work also interconnected with a unique facet of Campbell's background—a degree from Yale Law School on top of her art history studies. She had written a law journal article on the U.S. federal government's response to Mormon polygamy, and continued to be intrigued by an 1885 Supreme Court decision, Cannon v. United States, which ruled that cohabitation statutes applied not only to criminalizing the act of marrying multiple women, but also to "prevent a man from flaunting in the face of the world the ostentation and opportunities of a bigamous household."

"Here you see the Court effectively classifying [polygamy] as a crime of appearance as much as a crime of domestic relations or sex," Campbell says. "If a Mormon defendant looked like a polygamist ... that was sufficient evidence for a conviction, regardless of what happened to be going on in the bedroom."

Campbell digs into that focus on the image of Mormons through its connection to Johnson's photography, which also included photographs of Mormon families in a way that was careful to avoid explicitly connecting a man to multiple wives. "The Court gave Congress free rein to go to town on the Mormons because they broadcast the wrong image," Campbell says. "Is it any surprise, then, that the Mormons fought back in the realm of image? ... The polygamy scandal effectively forced Mormons to hyper-manage their public face more than a century before Instagram and Facebook would make that a daily practice for so many of us."

Of course, there are also those naughty photos that were another part of Johnson's wide-ranging business interests—and while Johnson's own photos were far less explicit than many others that were available at the time, they also connect Utah to its early integrations into a bigger world. Many of Johnson's subjects were chorus girls in traveling vaudeville shows, and Johnson himself was consistently fascinated with new technology and the most significant events to hit the state, like visits from Teddy Roosevelt or Buffalo Bill Cody.

And Campbell loves the way that this particular story combines her legal and artistic background in a story of Mormons trying to shift that view through photographs. "The longer you look," she says, "the more you'll see that images often present their viewers with arguments rather than straight reflections—visual arguments about how the world was, how it should be, what a particular society hoped for, feared, couldn't cop to. In this respect, images ... are like really phenomenal trial lawyers. They try to slide all sorts of arguments past you as straight fact when, in fact, they're spinning stories."