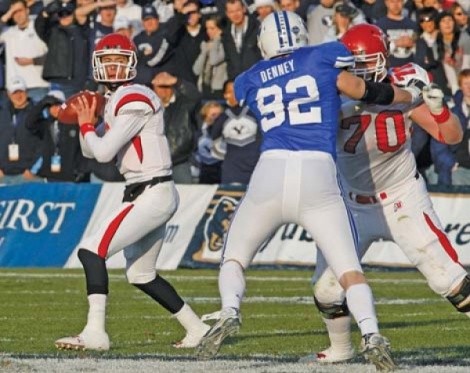 Sometime around 2020 or beyond, your kids or grandkids will ask, “How come everybody from Utah and BYU hates each other so much when they don’t even play in the same league?” You’ll have to sit down and take them clear back to 2010, a watershed year marking the last time the two schools were in the same conference before the Utes left the Mountain West Conference for the Pac-12 and the Cougars moved on to ... independence? The Western Athletic Conference? The West Coast Conference? Back to the MWC?

Regardless of who ends up where, there’s still a strong rivalry between the two schools that goes back decades and inspires plenty of loathing on both sides that will continue as long as the two compete in football. The two schools will still find a way to play each other each year, Ute fans will still tell the joke about a man-eating tiger starving to death on the BYU campus, Max Hall will still hate those Ute fans, and City Weekly’s John Saltas will still be kvetching about how he got screwed on his tickets.

Before the big moves next year, there’s still a season to be played this year. The Utes come into the season nationally ranked at No. 24 in the Coaches Poll, and kick things off Thursday night by hosting Pittsburgh, also nationally ranked at No. 15. Saturday evening sees the Cougars host Washington, a program now coached by former BYU quarterback Steve Sarkisian.