Catching Up With Neon Trees: The Provo band’s time in the spotlight isn’t ending any time soon. 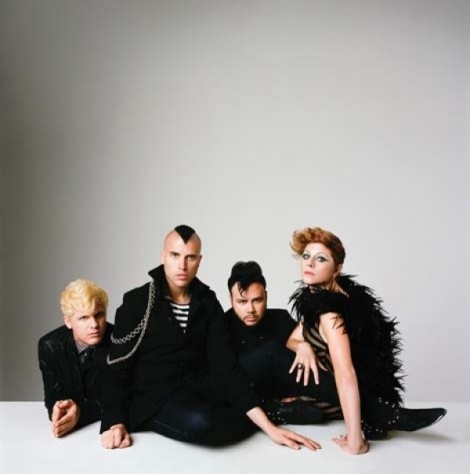 In the pre-iTunes days, a new band knew they had “made it” when their single landed on the Billboard Top 40, MTV played their video or they got to meet Dick Clark on American Bandstand.

Things are a little different in 2011, and music-biz “success” is marked by new signposts. For Provo’s Neon Trees, whose major-label debut was released a year ago, the past 12 months have been full of touring, playing high-profile talk shows like Conan and watching their first single, “Animal,” make a slow, steady, 33-week climb to No. 1 on Billboard’s Alternative Rock Chart. But perhaps nothing indicates Utah’s homegrown pop-rockers have infiltrated pop culture quite like what happened on March 8.%uFFFD

That’s when “Animal” was Glee-ified.

City Weekly recently met Campbell in Salt Lake City to chat during one of the band’s few days off, and he said the Glee take on “Animal” might have marked the end of the lifecycle for that particular song, except for one thing: Neon Trees’ debut album Habits was just released in Europe and Australia, and “Animal” is once again a “new” single for much of the world.

For the quartet, that means a whole new round of promotional tours and radio appearances to introduce themselves. When Campbell stopped by Red Rock Brewing Company, he had just finished trips to Spain, Germany and Australia to launch Habits abroad.

One might think that moving from playing club gigs in Provo and Salt Lake City into a realm where The Roots’ ?uestlove tweets about your music and your concerts are attended by everyone from Joe Jonas to The Strokes’ Albert Hammond Jr., would be a bit mind-boggling. But Campbell says the adjustment has been remarkably smooth.

“It’s all been a very natural process,” Campbell said. “It’s not like you wake up and suddenly you’re on the radio everywhere.”

Indeed, the Neon Trees’ success, while seeming like a rocket ride to outsiders, has been more like a slow, methodical march the way Campbell describes it. The band was the only one signed to Mercury/Atlantic in 2008, meaning they got plenty of attention. But the band also had all the input they could have hoped for from any label, indie or major, in guiding the direction of their career.

“People think you get signed and that’s when all the work stops,” Campbell said with a laugh. “Nope. That’s when it starts. That’s when you have to make sure you have a record.”

Neon Trees found that they did, indeed, have a record after crafting several insistent pop-rock gems like the latest single, “1983,” “Sins of My Youth” and “Animal.” Campbell describes Neon Trees as “a rock band writing pop songs,” and the combination has proved a potent one. Throw in engaging live shows and you have a band with all the prerequisites for being huge.

And Neon Trees have no problem with that.

“We always knew we wanted to be a bigger band,” Campbell said. “We never shied away from being on the radio. We like the songs we’re writing.”

That said, Campbell is aware there are music snobs who consider such ambition in the music business to be uncool. And, naturally, people will accuse any successful band of “selling out” to make it. In talking to Campbell, it doesn’t seem like the band spends a whole lot of time worrying about that.

A huge fan of punk and indie-rock, Campbell can list any number of favorite bands that never got the opportunities Neon Trees are enjoying. And there’s a long history of bands going the underground route and still being screwed, business-wise, by labels and clubs all along the way.

“For us, there’s never been this main flag that we’re trying to wave like, ‘We’re this type of band, and if you only like this type of music, join us,’” Campbell said.

No, Neon Trees want to play, and throw, the biggest parties possible, and everyone’s invited, from punks to rockers to pop kids. And so far they’re succeeding—that’s how you end up with a Jonas brother and one of The Strokes in your audience at the same show.