New Law Will Reward Tipsters Who Blow the Whistle on Scammers 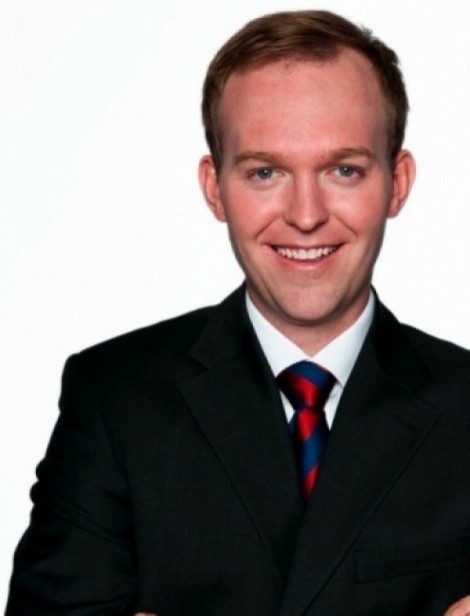 As long as there is snow on the mountains, Utah will continue to operate an internationally successful, $700 million ski industry. Sadly, it also seems that as long as there are Utahns with growing nest eggs, there will also be scammers ready to con them out of their hard-earned money. The difference between these two industries, however, as Sen. Ben McAdams, D-Salt Lake City, told fellow legislators during the 2011 session, is that the fraud industry is much bigger than the ski industry. Investigators with the Federal Bureau of Investigation estimated securities fraudsters, or investment scammers, taking an estimated $1.4 billion from Utahns in 2009.

But after this session, there are new numbers to provide comfort to Utah investors. A new law passed would allow those who may have been burned by a scam to collect a reward for providing information on the fraud—a reward totaling as much as 30 percent of the fine the Utah Division of Securities would collect from the fraudster, if convicted. That’s a fair chunk of change, considering UDS collected $5.3 million in fines in 2010. A similar number for 2011 could mean as much $1.6 million in reward money to tipsters who alert regulators to fraudulent investment schemes.

“Think of how much energy we put into growing Utah’s ski industry,” McAdams says. “If we can put a similar amount of energy into shrinking Utah’s fraud economy, it will not only have a positive impact on Utahns’ lives, it will also have an economic impact—with money not going into fraud, it will go into legitimate activities.”

For state securities regulators, the law stands to give possible victims the economic incentive they may need to come forward early to speak against fraud, instead of being bullied into silence by fraudsters who often tell their victims they won’t recover their investments if they go to the authorities.

McAdams says his inspiration for the whistle-blower, or fraud-reporting bill, came from watching the events of the 2008 Val Southwick fraud case, where the smooth-talking defendant played up his religious affiliation in sales pitches to ultimately bilk hundreds of investors out of $140 million in Utah’s largest Ponzi scheme.

McAdams says previously the sad reality was that if an investor blew the whistle, it might have helped shut the con down, but it would also guarantee the investor would lose his or her investment—especially in Ponzi schemes, where the perpetrator pays off old investors with money from new investors. “What I wanted to do is turn that incentive around,” McAdams says.

“The problem we face is cases make it to us after the money has been spent,” says Keith Woodwell, director of the Utah Division of Securities, “either to fund the Ponzi or to line [perpetrators’] own pockets. If cases would come to us sooner—while there still may be funds that could be seized—we could be so much more effective.”

The law creates protections for employees of companies who bring information forward against their employer and also creates protections for employers to keep a disgruntled employee from trying to sic UDS investigators on them with baseless information. “An employer can bring charges against the employee for bringing false charges,” McAdams says. “It’s a two-edge sword.”

The rewards program would be drawn from the division’s investor-education fund, which previously used money collected from fees for investor-education efforts and to pay for billboards and other advertising warning about affinity fraud and other investment scams. That fund previously had been capped at $100,000, but would now be raised to $500,000 to help reward tipsters and also be used for educational purposes. The fund could also be used for the division to hire contract forensic experts to assist in prosecution of big cases if needed.

One concern Woodwell has is the possibility that the new incentive will be too successful and the division may be overloaded by new casework. Recent changes to federal securities law has required states to regulate securities dealers who had previously been under federal jurisdiction. “It’s increased the number of financial advisers we regulate by 70 percent,” Woodwell says. He successfully lobbied the Legislature to appropriate new funds for extra staff, but between new licensees to regulate and the new tipster incentive, Woodwell can only speculate what the added workload might be.

“I don’t know if this mean we bring two or three additional cases this year, or if it means we’re going to bring in 30 or 40 more cases,” Woodwell says.%uFFFD “But we’re%uFFFD committed to make it work.”%uFFFD Woodwell also has spoken with McAdams and other lawmakers about possible legislation to allow the investor-education fund also to be used to compensate additional victims of the fraudster, not just tipsters. In the current system, these victims recoup only pennies on the dollar of lost investments.

“A couple of other states operate that way,” Woodwell says. “It’s one possibility.”

McAdams, who learned how bad Utah’s fraud problem was when working in securities law before entering politics, is encouraged by the legislation. He hopes laws like this can help mend Utah’s dubious reputation for fraud.

“It’s time Utahns take this seriously; it’s not something we should be laughing about,” McAdams says. “It’s something we need to crack down on because lives are ruined when these frauds happen.”
Individuals with information about possible fraudulent investment activity are encouraged to call the Utah Division of Securities at 801-530-6600 or visit Securities.Utah.gov.