A rundown of concerts to help you plan a musical New Year's Eve. 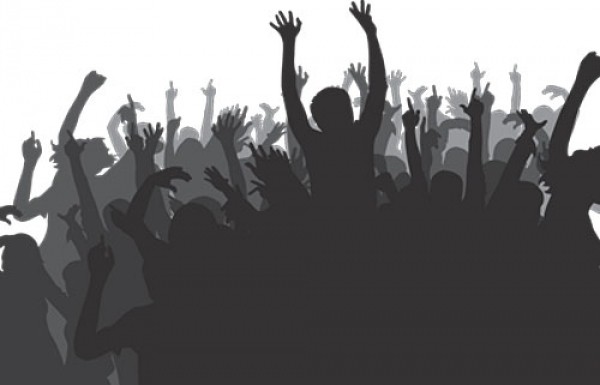 Think about it: The concert you see on New Year’s Eve will be the final concert you see in 2013. Wouldn’t you want to see your 2013 concert résumé go out with a bang? That’s why we’ve assembled this handy guide to some of the biggest live-music events that are happening on the last night of the year, so you can make an informed decision. Whether you want to ring in the new year by singing along to your favorite local act or shakin’ it on the dance floor to a DJ’s mix, we’ve got you covered.

Elephant Revival, The Shook Twins
This swoon-worthy double bill of folk outfits Elephant Revival and The Shook Twins will melt your heart on the chilly final nights of the year. Hailing from Colorado, five-piece band Elephant Revival has created a sound that’s entirely unique, made with elements of alt-country, folk, gypsy and Celtic music. Their latest album, These Changing Skies, is gorgeous, crafted with banjo, mandolin, guitar and other acoustic instruments. And there’s no conclusive proof that being identical twins is the reason Laurie and Katelyn Shook of Portland, Ore.-based The Shook Twins are able to harmonize so entrancingly, but it can’t hurt.
The State Room, 638 S. State, Dec. 30, 8 p.m., $30; Dec. 31, 9 p.m., $40; both nights $60, TheStateRoom.com

MAKJ, DreZo
California native Mackenzie Johnson, aka MAKJ, was inspired to become a DJ when he was living in China at age 15 and working as a professional race-car driver. In the biggest 180-degree career change in history, he moved back home and started taking on local gigs before catching the eye of the late DJ AM, who became his mentor. Nowadays, he spins danceable house and bounce music with buildups and drops that will get your heart pounding as hard as if it were flying around a racetrack. Los Angeles-based Andreas Haglund, aka Drezo, creates minimal but brainteasing techno that’s deceptively simple and consistently catchy. Timone Highjack’d and Ross K will open.
The Depot, 400 W. South Temple, 9 p.m., $35 in advance, $40 day of show, DepotSLC.com

EVE Salt Lake City
The options for live music are mostly locally based at this year’s iteration of downtown Salt Lake City’s annual three-night EVE festival. All acts will be performing at the Salt Palace StageAblaze. On Dec. 29-30, a variety of DJs will be running the decks and keeping the year-end dance party kickin’, including JGodina (EDM, hip-hop, soul), Neighborhood Brains (house, hip-hop, ’90s hits, electro) and DJ V on Sunday, and DJ Flash & Flare (blend of everything) and DJ Jarvicious (Top 40, funk, hip-hop, electro) on Monday. Mormon boy band Beyond 5 will play on Monday as well. On New Year’s Eve, the night will start off with a second set by Jarvicious at 6 p.m., followed by rock/ska five-piece Jupiter Suit at 8 p.m., then pop-rock band The Statuettes will play at 9:30 p.m. Los Angeles-based synth-pop quartet Smallpools will ring in the new year with a set starting at 11 p.m.
Salt Palace, 100 S. West Temple, three-day pass $15, EVESLC.com

Taboo
With Fergie and her humps hogging the spotlight, it’s easy not to notice the actual talent of her Black Eyed Peas bandmates. But Mexican/Shoshone rapper Jaime Luis Gómez, aka Taboo, is a skilled showman in his own right and wears multiple hats as a dancer, actor, philanthropist, producer, DJ and more. During his solo show, called The Taboo Experience, he DJs and performs Black Eyed Peas songs as well as his own solo work, openly and gleefully interacting with the audience.
Park City Live, 427 Main, Park City, 9 p.m., $75 in advance, $100 VIP, ParkCityLive.net

DJ MomJeans
Danny Masterson, aka DJ MomJeans—he created the moniker as a reference to the sometimes less-than-flattering fashion his female costars on That ’70s Show had to wear—started DJing as a hobby in 1999 in Hollywood. His events began to be regarded as the place to be, with surprising, genre-blending sets and an infectious party vibe. These days, he tours with big names like Steve Aoki and plays festivals as impressive as Lollapalooza. He also has his debut album in the works, which will feature his own indie-rock mixes. This is the fifth year of the annual affair at his Park City club, and is sure to sell out. Miss DJ Lux and DJ Angr Mngmt will begin the night.
Downstairs, 625 Main, Park City, 9 p.m., $50, DownstairsPC.com

Eric McFadden
Bay Area guitar wizard Eric McFadden has magic in his string-picking fingers. The term “virtuoso” might get thrown around and applied to artists who aren’t worthy of it, but for McFadden, it’s an accurate description. He has chops in a variety of styles—from blues to funk to straight-up rock—and the ability to bust out a mind-blowing solo as well as provide rhythmic structure to accompany his deep, raspy singing voice. He also has an impressive résumé under his belt: He’s collaborated onstage and in the studio with artists as monumental as Bo Diddley and George Clinton (Parliament/Funkadelic). But tonight, he’s the master and commander of this Brewskis party, which is sure to be a rowdy, rock-filled good time.
Brewskis, 244 25th St., Ogden, 10 p.m., $10 in advance, BrewskisOnline.net