A reminder of the geek stories that offered cheer in a rough year. 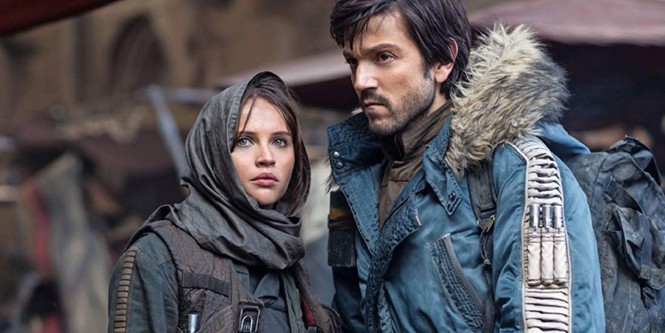 It's almost a cliché at this point to say that 2016 was a bad year. It's given us the despicable Donald Trump and taken away from us some of our most important artists ranging from David Bowie, Prince and Leonard Cohen to Anton Yelchin, Gene Wilder and Alan Rickman. Even the Star Wars movie released was good, but as depressing as the rest of the year. We get it: 2016 had it out for us. But not everything about last year was a bleak downer; we got some truly great and uplifting nerd stories, and I'm here to highlight some of my favorites.

Ghostbusters
Director Paul Feig brought us a surprisingly fresh and hilarious take on an old classic when he cast four women as the face of the new Ghostbusters. The movie was one of the best times I've had in a movie theater, laughing out loud and literally slapping my knee. It was no mistake that the bad guy, both in the film and for fans of it, was an entitled white guy who wanted to ruin everything for the world because he thought he knew better than everyone else. Was it the best movie? No. But it was fun as hell, and we needed it.

Dr. Strange
After Marvel's Civil War, I felt like superhero movies were going to be nothing but gritty affairs with most of the fun drained from them. But that was before I saw Dr. Strange. Benedict Cumberbatch brought an arrogant glee to the Sorcerer Supreme that was fun to watch. The film carried offered lots of great quips and jokes matched with a great story where good triumphs over evil. It was exactly the breath of fresh air required in the runup to the election.

Wonder Woman: The True Amazon
Written and drawn by Jill Thompson in honor of Wonder Woman's 75th anniversary, Wonder Woman: The True Amazon tells a story from Wonder Woman's past, during her formative years on Themyscira. The book is self-contained, so you won't need to read any more or any less to enjoy it. There are hints of bittersweet to it, but Thompson's art and watercolors are jaw-dropping and it leaves you feeling good about yourself and the story, and that's the most important thing there is. Go down to Black Cat Comics or Dr. Volt's and pick up a copy now.

Harry Potter and the Cursed Child
Though not everyone will have been able to see the next chapter of the Harry Potter saga on the London stage, the script for the play was released. And although it does elicit tears at many points, the fragile understanding between generations, particularly between Harry and his son, was one of the most uplifting things in nerd literature this year. The play is set years after the final book and movie in the Harry Potter saga, and follows Harry's son, Albus Severus, as he tries to navigate the world with the weight of his father's legacy on his shoulders. In the course of the story, he has to face horrible things and, at the end, he and his father are finally able to better understand one another. If you can, see the play. If not, the book is almost as great.

Rogue One: A Star Wars Story
Hear me out on this one. Yes, I said the new Star Wars movie was as bleak and depressing as 2016, but if you dig a little deeper, it has the message we need to get us beyond that awful year: Hope. The film is really about a generation of rebels who will do whatever it takes, up to and including the ultimate sacrifice, to ensure the next generation has the chance of a better life. Yes, it's sad, but we need more stories about such heroic selflessness. Once you get over the initial shock of emotion, you can find the uplifting themes. Like 2016 itself, that hope might be a little harder to find, but once you see it, you cling to it.

This is but a taste of the great things we got this last year. I'd be happy to hear what some of your favorite pick-me-up stories of 2016 were. We all have them; with how bad the year was, we all had to have them. Be sure to share them when you think of them. I feel like we're all going to need it.