News | Eco-Chamber: A derelict monster home gets a green makeover 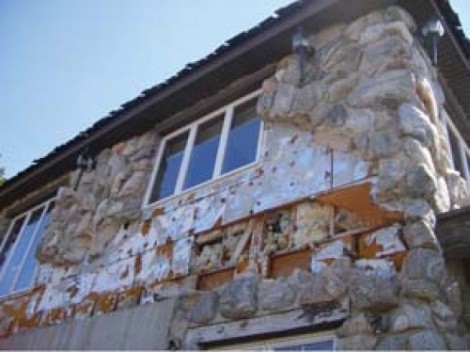 Salt Lake City Attorney Karra Porter knew that a green renovation of her new home would be a challenge, but it wasn’t until she checked with home-improvement stores about environmentally friendly options that she realized how difficult her project would be.

“After about the third time people referred us to a color chart, we knew we had problems,” Porter says. She would find eco-friendly building materials surprisingly hard to come by. Of course, Porter’s project is a little unusual: She recently purchased a condemned 13,000-square foot monster home in south Layton.

Her mission: To take the sprawling estate and resurrect it green, making it as energy efficient as her current home, which is almost five times smaller. Between contracting qualified help, finding building materials and keeping down costs, however, Porter found that, even in our environmentally aware times, building green can be tough.

“It’s hard to get information about local green resources in Utah that are affordable and that are truly green,” Porter says, adding that she’s only learned what she has by grilling Home Depot clerks, attending seminars and calling up manufacturers directly.

“A lot of them don’t know the answers,” she says. Other times she found items supposedly made locally, but which turned out to be from material imported from Europe. The project was beginning to overwhelm her until she found a green contractor who was excited about her project and wanted to help.

Aaron Johnson of AD Johnson Remodeling is happy to do green projects whenever he can but says it’s still a very new trend. “I haven’t found enough of a market for it,” Johnson says. The construction industry, he says, is still trying to catch up with the green-building trend: “Some people just get stuck in a rut and stay with it.”

Johnson has helped Porter track down locally made products, salvageable materials and even made some unique recommendations for heating: Instead of a complete solar-heating system, Johnson is installing a geothermal unit. “If you drill down into the Earth, you basically can feed heat [to your home] by using the earth’s natural energy,” Porter says. “It can cut your energy use by 70 percent, but it’s very expensive.” To install the geothermal heating system in the house will run Porter $75,000 to $100,000.

Porter hopes to add a number of other cool features, including a solar-powered water heater and a drip-irrigation system. Instead of having sprinklers wasting water by spraying it over grass, the drip system has lines along the lawn that slowly drip water at the base of the grass’ roots. While these “greenovations” are energy-efficient and eco-friendly, Porter and Johnson realize none of it is cheap. 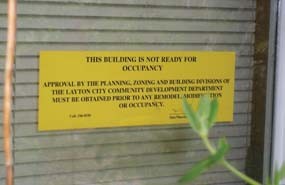 “There’s a [green] light-switch cover that costs $75,” Johnson says. Building green may not always be friendly to a homebuilder’s budget, but there are ways to build green and save green at the same time. “If you are greening up, you should try to use salvaged materials,” Porter says, adding that she recently bought 1,000-square feet of hardwood flooring salvaged from an old skating rink. Johnson and Porter both agree that finding deals means keeping your ear to the ground and checking online classified sites for materials from houses about to be demolished.

Ashley Patterson, owner of the Utah chain The Green Building Center, says green building can be cost-effective. “There’s green building, and there’s also just smart building,” Patterson says. “Making a very tight house, with simple decisions, you can make a big impact on the planet and not spend that much more money.” Patterson says simple things like window placement and the color of a roof can dramatically affect energy costs. “There’s lots of tax rebates out there as well,” Patterson says. Rocky Mountain Power, for instance, gives rebates for buying a swamp cooler instead of air conditioning, and Questar Gas will give back $300 for having instant water-heaters installed.

Anyone attempting to “greenify” a place like Porter’s, however, will invariably come up against some extra-steep costs. But Porter and Johnson both hope the trend will help push costs down for more affordable green building in the future.