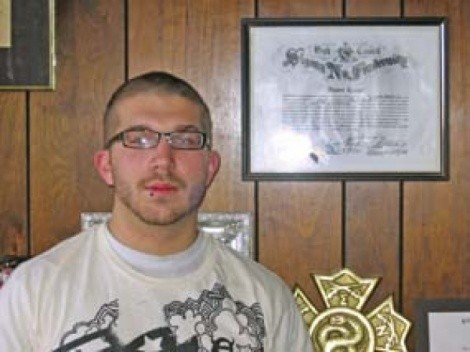 When 20-year-old Sigma Nu fraternity president Cody Littlewood checked on freshman pledge Michael Starks at 3:15 a.m. on Nov. 21, 2008, he says Starks was snoring. Earlier that night, Starks, 18, had been mock-kidnapped by members of a neighboring sorority on Logan’s Greek Row, across the road from Utah State University. At a private residence, the women told Starks and a second pledge to strip to his underpants. The women then painted them blue and white—USU colors. Allegedly offered vodka by one of the Chi Omega women, Starks ended up drinking nearly a fifth-sized bottle. Starks returned to the frat house so drunk, Littlewood recalls, he had to be helped to shower to try to sober him up. n

Littlewood sat up all night studying and playing video games, he says, so he could check on Starks every half hour. Just before 4 a.m., Littlewood went back to the pledge’s room. Starks was face down on his bed and limp. A fellow Sigma Nu gave the 6-foot, 200-pound Judge Memorial High School graduate CPR. Starks was rushed to Logan Regional Hospital’s ER where he was pronounced dead. An autopsy revealed he died of acute alcohol poisoning.

Littlewood held a candlelight vigil for Starks. “He was a carefree guy who was always laughing,” Littlewood says, nearly two months later. When a reporter covering the story tried to sneak into the frat house the next day, Littlewood realized an event he saw as a tragic accident was perceived very differently by others.

On Jan. 6, Cache County Attorney George Daines’ final act before retiring was to file hazing misdemeanor charges against four Sigma Nu and eight Chi Omega members. Two of the women were also charged with providing alcohol to a minor. Daines sent out a memorandum to all social organizations connected to the university, which is a dry campus. He informed them that police officers were infiltrating these organizations and using wiretaps. “I do hope you will find this memorandum threatening,” Daines concluded.

In this small, conservative town with a predominant LDS population, Littlewood says the state’s prosecution for hazing makes no sense. “It wasn’t an initiation event,” he says. “It was supposed to be a fun reward for our two top pledges, an opportunity to hang out with girls.” Starks’ older brother, George Starks Jr., disagrees. “It’s not a good time when somebody dies.”

Media interest over Starks’ death and the subsequent legal action brought attention to Logan’s Greek Row. It also cast a light on the uneasy relationship between non-LDS students, who make up around 20 percent of the campus population and the surrounding community.

Starks’ death came at the climax of Activation Week, the last phase of pledging. “What’s bothersome is there was an identical [alcohol] incident last year,” George Starks Jr. says, again involving Chi Omega members taking pledges off campus. Littlewood says he informed “all the gentlemen” in two separate meetings prior to Starks’ “abduction” that pledges were not to use alcohol. The probable-cause statement, however, says fraternity members did not set the same rule for sorority women. The only direction from the fraternity, the statement says, was to not let a second pledge, smaller in stature than Starks, “drink too much.”

Littlewood says he and his fraternity did their best to care for the intoxicated Starks, who he says, was laughing and hanging out before they put him to bed at midnight. One member, Colton Hansen, called Poison Control for advice, according to the probable-cause statement. Poison Control said to lay him on his side and give him water. Two other pledges slept in Starks’ room with him. “It’s extremely rough to lose a friend and a brother,” Littlewood says, “and also start to be blamed for his demise.”

Then-Cache County attorney Daines told The Herald Journal on his departure from office the hazing prosecution wasn’t just about churning “kids through the system.” It was also to “fix the core problem with the fraternities and sororities being purveyors of alcohol to minors.” Last year, according to a Herald Journal article, there were 14 alcohol-related calls to Logan Police regarding Greek Row. USU law enforcement officer Steve Milne says it’s unfair to point only at frat houses as locales of underage drinking. His office gets frequent calls from residence halls about drinking. On-campus boozing is a class B misdemeanor and carries a penalty of six months and/or a $1,000 fine.

Littlewood says fraternities like Sigma Nu have worked hard to break down the Animal House stereotypes held by LDS students and officials at what some call Brigham Young University Lite or BYU North. Arie Kirk, editor of the USU student newspaper the Utah Statesman, says fraternities “do a lot of good on campus, with fundraising and sponsoring activities.” But, she adds, “they have the reputation every sorority and frat house does.” Ironically, Sigma Nu was founded in 1869 on anti-hazing principles.

USU student Bruce Moulton, smoking outside coffee bar Café Ibis on campus says, since Starks was underage, “some action needs to be taken.” He adds such events “give fuel to the majority [LDS] view, who feel like more restrictions should be imposed” on alcohol.

George Starks Jr. says there was a failure of leadership on the part of the fraternity and sorority. “I blame the 12 kids for not being more leaders, for not looking out for a kid in trouble.” He knows, however, that lawyers for the Logan 12 will view it differently. “We were warned it’s quite common to blame the victim.”

Littlewood’s lawyer, Clayton Simms, feels the tragedy offers an opportunity to promote a “message of personal responsibility, of alcohol awareness.” Littlewood himself hopes universities in Utah will start “leaning towards an alcohol-education program that focuses on the dangers of alcohol instead of just abstinence.”

With ongoing investigations by the university and the fraternity’s national office, the pressure is on Sigma Nu’s Cmdr. Littlewood. Not withstanding the outcome of the state prosecution, he could also face expulsion, suspension or community service, depending on USU’s findings, along with his fellow 11 hazing suspects. Cache County, meanwhile, is also prosecuting the USU chapters of Sigma Nu and Chi Omega for felony hazing. Lawyer Mark Moffat, who represents Chi Omega, won’t comment, other than to say the fact that the entities are being charged with more serious crimes than their members “bears scrutiny.”

As to the fate of Greek life at USU, it remains to be seen whether the sentiments expressed in the final lines of a poem dedicated to Starks’ memory and framed above the Sigma Nu fireplace will hold true once the dust has settled: “Because [Starks] is our family / Forever strong we will remain.” tttt