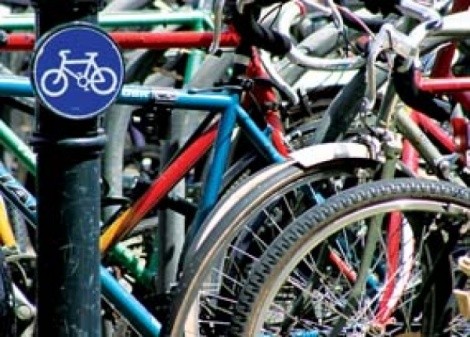 With mass transit catching on in the valley and gas prices emptying consumers wallets, the time may be ripe for Salt Lake City’s participation in a new going-green trend: a public bicycle-sharing program, allowing residents to cheaply and easily rent two wheels to get around the city. But the logistics of cost concerns, and worries over bicycle theft and whether the city is really ready for it, leave many hoping such a program wouldn’t just be taking taxpayers for a ride.

The idea, which has caught on in European cities like Paris and Barcelona will start for the first time in the U.S. next month with the Washington, D.C., SmartBike program. Under SmartBike, the city will provide 120 bicycles at 10 locations throughout the city. Borrowers will rent bicycles for a nominal credit-card fee, then drop them off at designated stalls when they are finished. This trend apparently has got the wheels spinning on the Salt Lake City Council. “I think it [would make people] more apt to get out of their cars, use public transit and then take a bicycle if they needed to run an errand,” says councilman J.T. Martin, who is looking into a local version of the bicycle-sharing program.

“The idea had been kicked around before my time, but never had any legs,” Martin says. “But now it’s surfacing again in the back halls.”

“I’ve sensed a willingness among the council to try and do something with this,” says Councilman Carlton Christensen. For Christensen, the program would fit in well with expanding mass transit in the city and suburbs. “The parking at our intermodal hubs is difficult,” Christensen says. “We’re going to need to look at alternatives, and something like this is what we’ve wanted from the very start. We didn’t just want a standard station, but something where different modes of transportation could originate and connect to.”

Dan Bergenthal of the city’s transportation division agrees. “Especially with FrontRunner coming down now, if people wanted to get downtown, they could just grab a bike—and you’d be surprised how quickly you can get across downtown on a bike,” Bergenthal says.

While the merits of helping cut down on traffic congestion and pollution are apparent, the nuts and bolts of the program remain to be worked out. The Washington program involved a partnership with the advertiser Clear Channel, which paid for all the bicycles and stations in exchange for advertising space in the city’s bus shelters. Bergenthal imagines a similar arrangement could be made in Salt Lake City “on a much smaller scale, maybe some kind of partnership between UTA and the city and an advertiser.”

Martin, however, imagines bike-rental stations might come with hidden costs further down the road. “The concern for me is that you have to take care of the facility and manage it, which is a long-term commitment.” Martin favors an approach he dubs “take-a-bike/leave-a-bike,” whereby there wouldn’t be stations, credit-card fees or even new bicycles.

But with no penalties for not returning the bicycles, theft becomes a concern. Salt Lake City Police Det. Shawn Smart has some reservations about the idea. “Most thefts are crimes of opportunity,” Smart says. “And, if there’s a large number of bikes that are out there and not locked up, it could be a concern.”

Martin doesn’t consider the theft problem a deal-breaker. He suggests that if the bikes were painted a distinct color, or perhaps were used bikes, they might appear less attractive to would-be thieves. Still, Martin admits the idea is in its infancy and, however the logistics of the program work out, the public will first need to buy into it. “We’re still kicking the tires on this,” he says. “Now we’ll be getting public comment. With this council and this administration we are run by public input. We want the city to work with what our citizens want.”