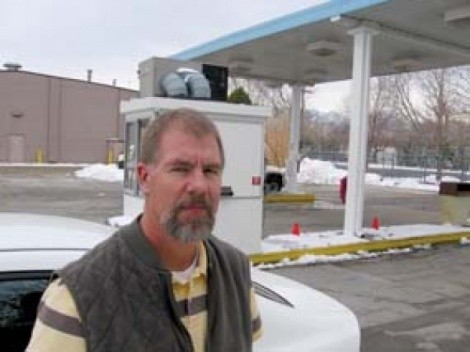 While the frigid January weather may have many looking forward to summer sunshine, few are looking forward to paying summertime gas prices. Many drivers—tired of having their wallets pumped during last summer’s gas-price siege—purchased compressed natural-gas (CNG) vehicles and enjoyed paying roughly 70¢ per gallon when everyone else was coughing up $4 or more per gallon. Since then, CNG drivers have struggled to keep their vehicles running due to long lines at sparsely available and overworked fueling sites. But CNG drivers now have a glimmer of hope from the incoming Obama administration if it gives Gov. Jon Huntsman Jr. some requested federal cash. n

With word of a possible $600 billion- to $850 billion-dollar stimulus package from the new administration to state budgets, Huntsman is asking for more than $14 billion for projects ranging from roads to water-treatment facilities. As part of the proposed energy-infrastructure upgrade, the state hopes to receive nearly $4 million in federal funds to beef up natural-gas fueling sites in the state.

With Utah’s Questar offering customers natural gas at a price well below that of gasoline, CNG cars seemed a godsend last summer, when the gas spike helped drive the sale of used state-fleet CNG vehicles. Soon, bright orange vehicles hit the highways in droves. But with many new CNG vehicles hitting the asphalt, the existing natural-gas fueling infrastructure became tapped out.

“Over the last 18 months, we’ve seen natural-gas fueling sites dispensing from 100,000 gallons a month to upwards of 400,000 gallons a month,” says Questar spokesman Darren Sheperd. Sheperd says that many bought older surplus vehicles from various states as well as from county and municipal service fleets. The summer invasion of these CNG vehicles outmatched the state’s capacity to promptly fuel them. Using special compressed motors to draw natural gas from underground pipes, stations have been strained by the new demand. “The compressors are designed to run for three or four hours a day. With such high demand, these motors are running 15 to 24 hours a day.”

“When the pressure is good, it’s a five-minute wait,” says Walt Gilmore filling up a CNG Honda Civic at a Salt Lake City pump at 1150 W. 200 South. Gilmore, like others, has found the pumps to be hit-or-miss when it comes to filling up. In the middle of his interview with a reporter, he finds the pump he’s using has stopped working. “I may have to go to a different pump,” Gilmore says. “The pressure isn’t there.” Gilmore, who uses his car for commuting between Bountiful and Salt Lake City, still finds it a good investment; he just wishes there were more stations. “It would allow us to travel more to St. George or Idaho,” he says. “You can make it to St. George now, but you get stretched.”

While there are 19 stations across the state along Interstate 15 and Interstate 80, Questar has not been able to justify serious upgrades nor the creation of additional stations, largely because there aren’t enough new CNG vehicles being produced in the nationwide market. Sheperd points out that two new stations were built in 2008, but of the approximately 6,000 CNG vehicles out there, the majority are older, used fleet vehicles—which makes it harder to justify building more stations. “Eventually, these things are going to wear out,” Sheperd says.

The hope for increased CNG is further diminished in that few new models of CNG vehicles, other than the CNG Honda Civic, are being produced. With major automakers teetering on the verge of bankruptcy, the outlook for the production and development of new CNG cars is grim. And the wait-list for new CNG cars can be long—Gilmore waited six months for his.

But, for Sheperd, one of the greatest challenges is simply the fact that regular gas prices aren’t as painful now as they were this past summer, so customers have less incentive to switch to natural gas.

“That’s one of the biggest factors in how successful natural-gas vehicles are,” Sheperd says. “When the price is about equal, people are doing it for environmental reasons only. When gas slings up to $4 a gallon, it’s a pretty easy decision.”

The break the company is looking for could be the Obama administration’s economic-stimulus package. Utah’s list of infrastructure projects seeks nearly $14.5 billion in federal funding, with an eye towards creating more than 120,000 jobs in the state. Of all the requested funding, however, dollars earmarked for energy-infrastructure projects (including CNG fueling sites) make up only roughly $27 million of the more than $14 billion requested.

Lisa Roskelly, spokeswoman for the governor’s office, says that, while it will be difficult to prioritize such projects until after Obama comes into office, the point of the requested funding is to help initiate projects that can go online quickly and give a jolt to the economy. “It’s a broad-scale look at how can we energize the economy,” Roskelly says.

Sheperd estimates that if the nearly $4 million in federal dollars comes through, it would definitely allow for more fueling sites, which cost about $500,000 each to build. While Roskelly says supporting the local alternative fuel industry has been a Huntsman administration priority, she just won’t know if CNG drivers will get their wish until the Obama administration finalizes the deal. “It’s important to give [the Obama administration] a list with a variety of projects we could do,” she says. “[But] we’ll have to see what the package looks like, and then we’ll see what can be done.”