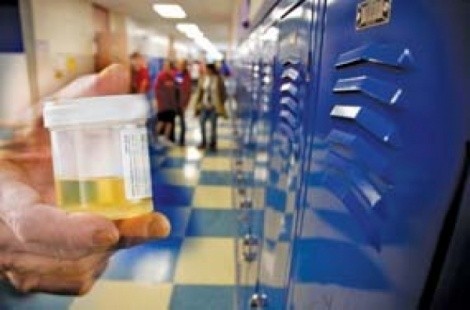 Some Utah high school students may find themselves being tested on more than the usual curriculum of math, science, and history. Add to that list: Urine analysis.

The Bush administration is sponsoring a nationwide initiative to establish community-based, random drug-testing programs at middle and high schools. A recent Western regional summit on the concept in Pagosa Springs, Colo., drew only one Utah school—Uintah River High, a charter school in Fort Duchesne, Utah. Dr. Bertha Madras, deputy director of the White House’s Drug Reduction Program, led the meeting “Primarily [the initiative] is a preventive measure,” Madras says. “It gives young people a built-in reason to resist peer pressure to use drugs. Instead of just saying ‘no,’ they say, ‘No, and here’s the reason why.”

Forcing drug tests on public-school students has been a tricky subject. The practice raises questions of constitutional-rights violations and of whether or not schools should be involved in something better left to parents’ discretion. And while Utah had minimal attendance at the Colorado conference (Uintah River High School has only 62 students), drug testing in high schools around the state is not without precedent. Some high school administrators say drug testing could even expand.

Madras emphasizes the move for random drug testing at school is not driven by a sense of punishment, but by a desire to provide help and substance abuse treatment. “It’s a public-health approach,” Madras says. “If a student tests positive, you cannot send their records to law enforcement, future employers, schools or colleges. The record has to be destroyed when they leave the school.”

Madras also notes that a positive test shouldn’t be grounds for expulsion or removal from academic programs. “It’s designed to help the student, not punish and wag fingers at them.”

Nationally there are more than 180,000 children between the ages of 12 and 17 in treatment for marijuana abuse alone, Madras says. She believes the need for drug education and treatment is great enough for parents to seriously consider what more schools could do to deter students from drug use.

The Supreme Court heard cases on similar drug-testing programs on two separate occasions in 1995 and 2002. But the court allowed testing in the 2002 case, Madras says, “if parent and student volunteer into the program.”

Since then, Madras estimates 4,100 schools nationwide have enacted such programs in their communities, and as of this year, the U.S. Department of Education was offering $5.6 million in grant funding for schools looking to pilot the program.

For Madras, the key is that drug testing remain voluntary and garner community consensus, which are best accomplished by focusing on treatment. “If a student tests positive, the parents are enlisted, and they are linked in with treatment to see where on the spectrum they lie,” Madras says. “Do they use weekly, monthly, daily? Those are the things we want to find out.”

Despite concerns, Madras doesn’t anticipate any kind of a stigmatization for students whose parents opt them out of voluntary testing.

“It’s hard for me to project onto those conditions,” Madras says. “But I would hope the parent is not collaborating with the student on drug use.”

“It was starting to become a substantial problem,” Groll says. “We thought it would be better to curb the problem now before waiting and letting it get too bad.” Groll started at Rich High three years ago, the same time the school started its program. He believes the program has been a good deterrent against students experimenting with drugs.

“Everything we have received back has been very positive,” Groll says. “From the community, teachers, even the students.” The Rich High initiative comes closest to a school-wide random-drug-testing initiative in Utah, since it covers a majority of the student body. But because the school has only 150 students in grades 9 through 12, it’s hard to compare how the program might play out on a larger setting.

Verne Larsen of the Utah State Office of Education’s drug education division, similarly sees the move as something that might not be an appropriate one-size-fits-all approach for Utah. “If a local community said we want this for our kids, then we would work with them,” Larsen says. “But I think there’s other things we could try.”

Citing a lack of existing treatment resources in Utah, Larsen is skeptical the testing could stand as a cure-all. “We can’t just remove [students] from schools and put them in treatment given what [few] resources are in place to help the kids,” Larsen says. “With prevention, it really takes a comprehensive effort. If [drug testing] is all I’m doing, I don’t think it will be effective.”