Big Utah dailies are making big blunders as they scramble for profits. 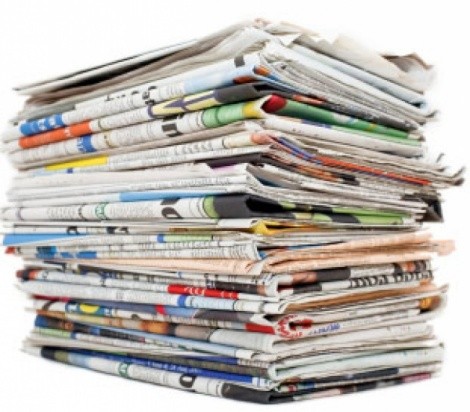 A few years ago, Ann Poore, a former copy editor at City Weekly, occasionally suggested that I should meet Connie Coyne. Before joining City Weekly, Ann worked for The Salt Lake Tribune, where Coyne’s Reader Advocate column appears each Sunday. Ann felt that the two of us shared some common sentiments and ideas about the newspaper business. The suggestions never went anywhere, and I never met Coyne. I don’t know how those meetings would have went, but I’ve always figured that a paper that needs a Reader Advocate has its priorities backwards, anyway. If a newspaper isn’t advocating for its readers, who is it advocating for?

That’s not an opinion about Coyne, but is reflective of the type of newspaper management Coyne works for. The company that manages the business side of The Salt Lake Tribune and Deseret News is MediaOne. On the day that MediaOne regards even a single reader as a citizen and not a statistic, you can safely bet that a rocking horse will win the Kentucky Derby. As often as not these days, a Coyne column is predicated on a MediaOne decision that she is left explaining to Tribune readership. To that end, Coyne has become as much a company apologist as reader advocate.

Coyne recently addressed corporate mortuary logos being spaced between newspaper obituaries, a controversial advertorial, and a front-page teaser about the death of U.S. Sen. Ted Kennedy pointing readers to a story on the interior pages that didn’t exist. At the end of her column, Coyne wrote, “I don’t want to leave the impression that MediaOne is the cause of all problems. I cannot imagine a group that sells the ads, delivers and prints the paper that is more dedicated to good work than the folks at MediaOne. And they are addressing these issues.” Maybe Coyne can’t imagine folks better than the ones at MediaOne (who don’t sign my paycheck), but I can.

About the obit logos, Coyne wrote, “The logos were not paid advertisements; they were placed under the obituaries by the folks at MediaOne. Four days of complaints from readers proved to be enough; the logos were dropped.” But, she then turned to President and CEO of MediaOne, Brent Low, for a folksy low-down. About those mortuary logos, Low told Coyne, “We heard our readers, and they said they did not like that, so we have taken it off.” I lost my English-Klingon translation dictionary so I don’t know what that means.

From the time Coyne first began her column, she’s explained to readers that, due to shrinking revenues or page sizes, various reader favorites (like comic strips) had been forsaken to save money. I don’t believe MediaOne was doing anyone a free favor— the obits are a financial hit for MediaOne, and no amount of coloring by Brent Low can disguise that it was just another angle to monetize those pages—a disrespectful one, at that.

Coyne’s other scrape that week was about an anti-Obama ad that looked deceivingly like sanctioned Tribune editorial (See above: editorial subservient to revenue). To be fair, City Weekly has had the same problem over the years, as some advertisers view a newspaper as existing just for them, and when you deny their ad they run off screaming “media censorship.” It’s not uncommon for an advertiser to give an ultimatum to a publisher—run my ad as-is or I’ll take it elsewhere. I wish Coyne had asked Low about that. Despite the ad running in conflict with Tribune policy, she didn’t, and instead gave Low the last word. “We made a mistake on that ad. So we will read these more carefully from now on,” he said. Read these what? Ads or policies?

To top everything off, MediaOne also became embroiled in a war with area realestate agents when it announced that it has begun offering private, flat-fee, real estate listings. That announcement came in the form of a full-page ad proudly extolling the virtues of their new revenue stream. Persons selling a home can place their ads for free in the Tribune or Deseret News. When the home sells, MediaOne will get a flat fee of $2,000, effectively cutting off the 3 percent fee earned by professional real-estate agents. Flat-fee commission real-estate companies aren’t new. What’s new is that it’s MediaOne competing against real-estate agents, head-to-head. Those same real-estate agents all but financed both the Tribune and Deseret News for decades. That’s some kind of thank you.

Competing against your readers for dollars, instead of against your competition for readers, is a new concept. MediaOne has its hands all over the place, and it uses its cross-media platforms to complete the myth that it cares about journalists, readers and citizens. The final insult to local real-estate agents was the ad itself. It claimed that you don’t need an agent because, after all, selling a home isn’t rocket science.

I agree. I can either butcher a raw fish or have Takashi serve it up for me. I can also read between the lines, and from what I see, running MediaOne isn’t rocket science, either.

Paul Rolly disclaimer alert: My son (who’s at school) is a real-estate agent. My wife (who isn’t speaking to me) is a former agent. Neither they, nor any of my numerous other agent relatives and friends contributed to today’s snarkiness. Just saving you some precious MediaOne ink, Paul. Beers?