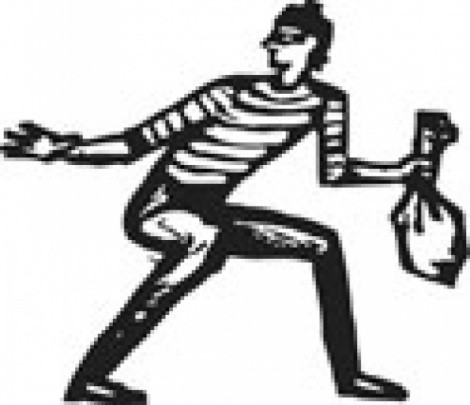 Curses, Foiled Again
Antoine Robinson, 19, pulled up at a home in Beaufort, S.C., and began shooting at brothers Rodmond Singleton, 24, and Titus Singleton, 18. The Singletons, who told police they were just heading out for some target shooting, grabbed their guns and fired back, wounding Robinson in the arm.

* When Eugene Allen showed up at Florida’s Marion County jail to bail out a friend, sheriff’s deputies at the front gate asked for his identification. He had none, so he sped off, hitting a sergeant’s car and an SUV. After a high-speed chase, which ended with his car flipping over, deputies found the trunk full of cocaine and methamphetamines.

Well-Woven Tale
Sara White, 20, of Turlock, Calif., decided to cheat on her fiancé with a man named Fernando, whom she met on a telephone hotline. They made plans to meet in Sacramento, but before leaving, White changed her mind. Not wishing to hurt Fernando’s feelings, however, she called to tell him she had been kidnapped from the spot where they were to meet. Fernando notified the police, who called White on her cell phone. As she whispered, pretending she was locked in a car trunk being driven around Sacramento, investigators became suspicious of her account and dispatched officers to her home in Turlock. When she answered the door, she admitted the story was a lie she concocted to break her date. “Basically,” she said, “it was the only thing I could think of.”

Unorthodox Matters
Two people were injured during a melee between rival factions of nuns at a convent in Cyprus. The church was covered with blood as nuns and priests from both sides attacked each other using sharp objects, according to authorities, who said the incident was the latest in a longstanding dispute involving management of the convent’s finances. Both contingents share the monastery in Avdellero but stay in separate buildings, with friends and relatives of the two groups taking turns patrolling the premises at night to prevent surprise attacks.

* Hugh Brian Fallon, one of five monks at a Texas monastery facing charges of sexual abuse and organized crime, told authorities that an inner circle of monks had sex with one another, smoked marijuana and used an eyedropper to produce fake tears on an icon of the Virgin Mary. The Christ of the Hills monastery in Blanco, Texas, was affiliated with the Russian Orthodox Church Outside Russia until 1999.

Outsourcing Opportunities
Carpenters unions across the country are protesting the use of nonunion labor at construction sites by hiring nonunion picketers. The Washington Post reported that the United Brotherhood of Carpenters and Joiners of America routinely hires the homeless, students, retirees and day laborers to staff picket lines in Washington, Indianapolis, Atlanta, Baltimore, Miami, San Diego and Columbus, Ohio. Calling the use of nonunion picketers a “shift in the paradigm” of picketing, Larry Hujo of the Indiana-Kentucky Regional Council of Carpenters explained that union members don’t have time to picket because they are too busy working.

A homeless Miami man, Randy Chapman, 51, was earning $20 a day as a picketer for the local carpenters union when he learned that he had inherited $50,000 from an aunt who died in 2000. His family hired a private detective to track him down. “He deserves a life,” his cousin, Mae Lou Howard, told The Miami Herald. “He hasn’t had anything up to now.”

Mile-Low Club
Reporting on the luxury-submarine business, Bloomberg News noted that one problem for owners trying to conduct an underwater affair in front of an observation window to heighten the mood is dolphins. “Dolphins are easily excited when they sense people making love,” said Bruce Jones, president and founder of U.S. Submarines. “They get jealous and bang their noses against the window.”

Take It Back
Australian and Malaysian scientists who discovered a new virus in bats that can cause respiratory illness in humans named it the Melaka virus after the southern state where the virus infected four people. State officials protested, however, calling the name “an insult” to the popular tourist destination. “Melaka is a good state, beautiful and peaceful,” Chief Minister Ali Rustam declared, “not the birthplace of diseases.”

Second-Amendment Follies
Three friends were fooling around with a loaded AK-47 in an Atlanta apartment when the assault rifle accidentally discharged. Police said the bullet struck another friend, Preanna Grant, 18, in the buttocks.

Prayer of the Week
When Jesus Colome, 29, a relief pitcher for the Washington Nationals, was hospitalized with an infection on his right buttock, the team’s general manager, Jim Bowden, announced, “It’s a serious situation. We pray for his buttocks and his family.”

Dropped Calls
Australian police arrested John Robert Patterson, 45, after they said he used a restored army tank to destroy six cell-phone towers and an electricity substation outside Sydney during a 90-minute chase. Police said Patterson told them he had “authority to behave in the manner that he did.”