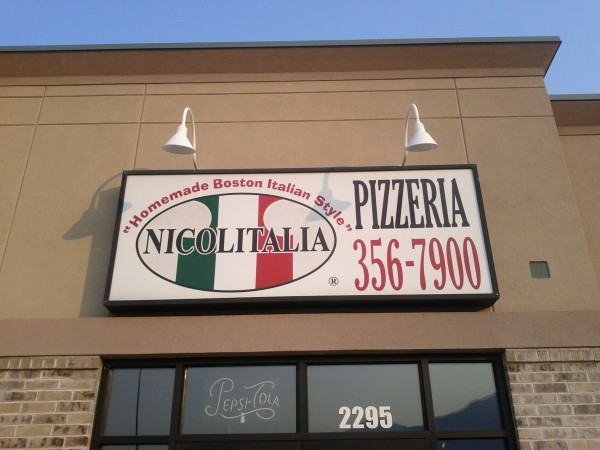 Nicolitalia Pizzeria may seem small upon first glance, but it’s cozy with that local-pizzeria feel that’s hard to find out West. The walls are decorated with memorabilia of Boston, from tributes to the mobsters who ran the town to the Boston Red Sox. Tributes to the “old country” of Italy can also be found, most obviously in the red, white and green décor. The menu fuses owner Nicola DellaCioppa’s Italian cooking with his own East Coast-style pizza.

DellaCioppa is a first-generation Italian-American. His father, Nicola DellaCioppa Sr., emigrated with his family from Naples, Italy, to the United States in 1967. In 1971, Nicola Sr. opened up the Nicola Pizza House in Arlington, Mass. Nicola Jr.—or “Nick”—grew up tossing dough and slinging pies as he worked in the family business.

Nick ended up moving to Logan to attend Utah State University, but finished his degree in Boston. Utah made such an impression on him that in 2005, he moved his family back to Provo, where he opened Nicolitalia.

The menus poke fun at the Bostonian accent with exaggerated phonetics. For example, instead of “Build Your Own Pizzas,” the menu reads “Build-Yah Own Pizzas.” “Appetizers” is spelled “appetizahs.” This little quirk adds to the charm and shows what it’s like to be proud of where you come from.

The menu features soups, salads and calzones, but the focus is, of course, on the pizza. The best pizza by far is the Margherita (spelled “Mahgarita” on the menu), piled high with fresh plum tomatoes, garlic, Romano cheese and basil. It’s mouth-watering and will make you question why you ever before bothered ordering any other type of pizza.