A local gives his version of the Armenia-Azerbaijan conflict 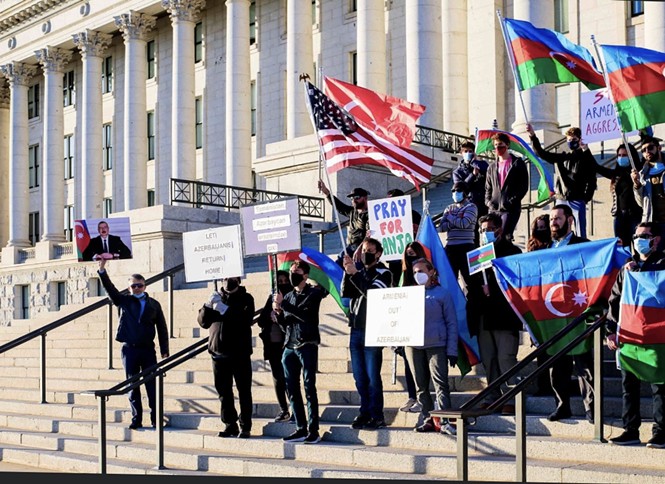 Americans tend to believe our internal divisiveness, systemic racism and terroristic threats are unique. Sadly, similar malefic forces find a safe harbor around the globe, within countries and between neighboring countries. One conflict many Utahns are unaware of is the long-festering feud between the Armenian-Azerbaijani peoples.

The Republic of Azerbaijan is located in a pivotal spot between eastern Europe and western Asia, with the Caspian Sea to the east, the Russian republic of Dagestan and Georgia to the north, Armenia and Turkey to the west and Iran to the south.

Azerbaijan and its neighbor, Armenia, are both former Soviet republics that have been fighting over the territory of Nagorno-Karabakh since the early 1990s. While officially recognized to be part of Azerbaijan, these mountainous regions are home to an Armenian majority that voted to secede from Azerbaijan. The resulting conflict has displaced more than 200,000 Armenians from Azerbaijan, and 800,000 Azerbaijanis from Armenia and Karabakh.

Despite a ceasefire brokered by the Soviet Union in 1994, border clashes have been ongoing, with serious clashes erupting as recently as September 2020, resulting in hundreds of military and even civilian casualties, martial law and widespread concern in the international community.

Locally, Utah is home to 40-60 Azerbaijan families, and recently an Azerbaijani group gathered at the Utah Capitol calling for an end to their home country’s long-standing war. 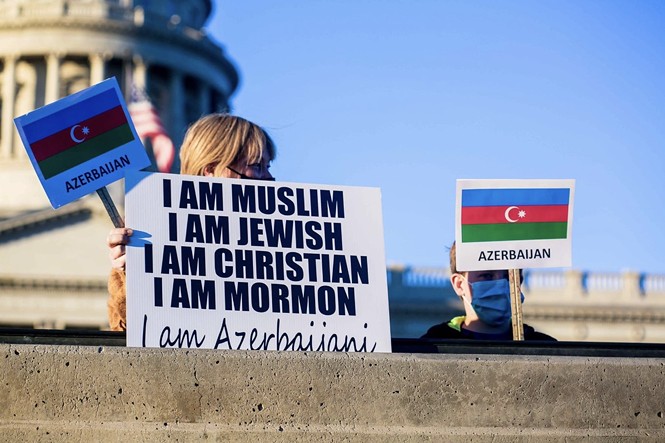 Faiq Safarli organized the rally. A resident of Utah for the past six years, he works as a chef cooking Mexican, American, European and Azerbaijanian foods. “I am in Utah,” he says, “because there are lot of job opportunities, and people are very nice, crime is very low, streets are very clean.”

We asked him for background about the conflict in his land.

City Weekly: Why protest a war in the far-off land of Azerbaijan?


Faiq Safarli: I am one of the Azerbaijanian people who lives in Utah. I am as simple as any other, but I like to be in front of my people and country to support them.

How did the conflict come about?


In 1992, when the Soviet Union dissolved, the Azerbaijan people wanted freedom. Russia wanted to punish Azerbaijan, which is why they helped Armenians to occupy 20 percent of Azerbaijan lands. Azerbaijan has been trying to get its lands back for 28 years.

Azerbaijan requested assistance from other nations to ask Armenians to leave the disputed lands. Europe, the United States, the United Nations, and now even Russia agree that Garabakh belongs to Azerbaijan.

Armenians need to leave that land, but instead, they wanted to get more lands from Azerbaijan on Sept. 27. Azerbaijan had stronger firepower and was able to put up a fight. And because more nations now recognize the land belongs to Azerbaijan, Armenia faces losing the land. So, Armenian forces started bombing Azerbaijan civilian cities of Barda, Ganja, Mingacevir and Guba.

Azerbaijan is fighting only in Garabakh lands.

So why tell your story in Utah?


We want to share our story in your news because all the world listens to America’s news. And as Azerbaijan people, we want to tell the Utah people what is going on between Azerbaijan and Armenia.

What can Utahns do to help?


We don’t need donations. We just want to tell the truth to the Utah people, so they would see the lies of the Armenian government.

All photos by Moayeed N Ahmed

A You Tube link to a speech given at the Utah Capitol protest can be seen here: youtu.be/JWfTV04Xnu0