The best films of 2017, unranked and unforgettable.

'Tis the season when critics make movie lists. And 'tis also the time to fight against the urge to rank everything.

For most of my 20-plus years writing about movies, I've wrapped up the year jotting down numbers one through 10 (occasionally a couple more), and living with the "but what if No. 5 was actually slightly better than No. 4?" frustration. This year, however, it just feels right to draw attention to my favorite 2017 movies alphabetically, without worrying about how they rank.

Columbus: In this drama about the unique friendship between a young woman (Haley Lu Richardson) and the son of an architecture scholar (John Cho) in the improbable architectural mecca of Columbus, Ind., video essayist Kogonada lovingly captures the distinctive buildings themselves, but is even better at understanding those places as they affect people. Richardson's lovely central performance evokes something both mournful and optimistic about not being trapped by the structures of your life.

Dina: It's easy to cringe at the idea as inherently exploitative: following two people on the autism spectrum in the run-up to and aftermath of their wedding. But it couldn't be farther from a joke at the expense of two people in love, as it sensitively captures the unique dynamics of a romance between people who might have to do different kinds of work to stay connected. Maybe it's simply a reminder to anyone that being in a relationship should mean putting in some effort.

A Fantastic Woman: The title alone isn't binary, since this is both the story of an amazing woman and the story of someone whose status as a woman is perceived by others as illusory. Daniela Vega plays Marina, a Chilean trans woman whose older partner passes away, leaving her to deal with the deceased's ex-wife and children. What could play out as a mere litany of indignities Marina must endure instead focuses, through Vega's stunning work, on the ferocity with which she clings to the knowledge of who she is.

The Florida Project: Co-writer/director Sean Baker continues his compassionate exploration of marginalized Americans, exploring the working poor on the periphery of the theme parks of Orlando, Fla. Willem Dafoe's paternal motel manager is as good as advertised, while young Brooklynn Prince serves up quietly devastating work providing the child's-eye-view of kids whose kingdom might never be magic. 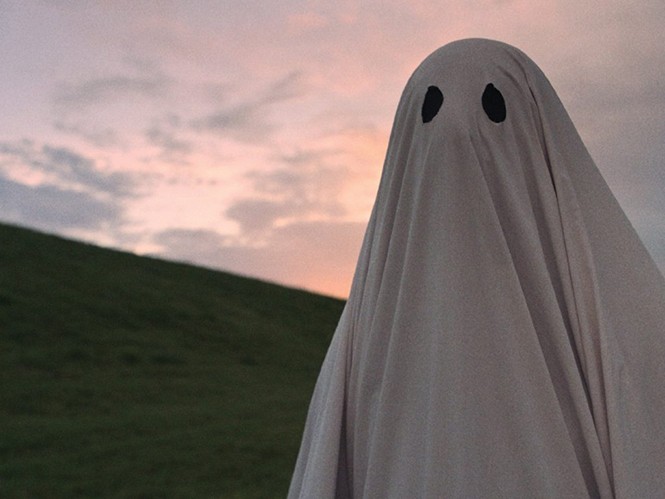 A Ghost Story: Those who fixated on the central figure being a guy in a sheet missed the other ways in which David Lowery's mesmerizing drama was haunting—not just in portraying spirits unable to move on, but wrestling with the passage of time and mortality itself.

Get Out: It took me a second viewing to really understand how remarkable Jordan Peele's debut writing/directing feature is. Leave aside the wrangling about whether it's a comedy, or a horror movie, or a social satire, blah blah blah. This is just flat-out a movie, crafted with such precision in addressing racism, limousine liberalism and the dehumanization of black bodies that it can do so while evoking a laugh, or a scream, or a gasp.

Good Time: "I am better than you," pouts Robert Pattinson's inept would-be bank robber, in what amounts to a manifesto of mediocre-but-privileged white manhood. Josh and Benny Safdie's heist thriller moves with the jittery intensity of a genre movie, but its air is thick with the way Pattinson's anti-heroic main character takes advantage of the non-white characters around him, even putting on a mask of blackness to commit a crime.

Lady Bird: Yes, it's a genuinely funny coming-of-age story, with Saoirse Ronan killing it as a precocious high-school senior convinced she's better than her home town of Sacramento. But writer/director Greta Gerwig also nails the prickly dynamics of a mother-daughter relationship, and how easy it is for the life in front of you to seem frustrating and small until you can see it from the outside.

The Lost City of Z: Director James Gray turns the story of real-life British explorer Percy Fawcett—and his repeatedly thwarted attempts to discover an advanced civilization in the Amazon jungle—into a meditation not just on colonialism, but on an entire culture's inability to see past the assumptions built into labels. Charlie Hunnam's performance captures a man trying to shed the prejudice against his social station by proving that every kind of prejudice is wrong, delivered with Gray's now-typical mix of thematic and visual depth.

A Quiet Passion: It's understandable if Terence Davies feels an affinity for Emily Dickinson, since they're both masterful artists destined never to be appreciated in their lifetimes. Cynthia Nixon's rich performance leads a tremendous cast in exploring the frustrations of living in a man's world, told with wit and a master filmmaker's ability to convey the passage of time, or the isolation of a society's expectations.

Phantom Thread: The headline-grabbing selling point of Daniel Day-Lewis' self-proclaimed final movie performance doesn't do justice to what a sly piece of work this is. On the surface, it's just another Portrait of the Artist as an Asshole, with newcomer Vicky Krieps matching Day-Lewis as the new woman in the life of an intense 1950s British clothing designer. But stick through to the end, and the dynamics between the two principal characters reveal something so psychologically tangled that the mere act of cutting toast can feel like an explosion.

Three Billboards Outside Ebbing, Missouri: I've read the arguments that writer/director Martin McDonagh is dealing with sensitive racial dynamics here insensitively; respectfully, I disagree. The story of a grieving mother's high-profile attempt to get justice for her daughter's murder plays as a fable about the toxicity of chain-reaction hate. It takes nerve in these times to suggest that anger is rarely righteous.