Movies to remind you that, hey, it could always be worse. 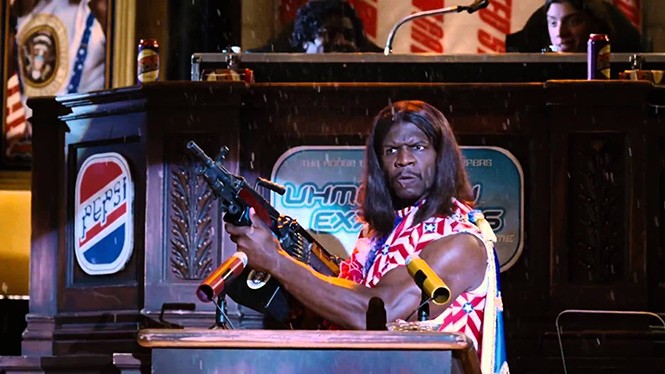 It's bad out there. Sometimes, it's so bad it feels dystopian. I work in news, and there have been days, evenweeks, whereI avoid reading headlines, much less full articles.

But thankfully, there are movies that make me realize someone always has it worse, whether it's a colonial American family struggling in the wilderness or a person who is bred for one specific purpose. It's as soothing as a Calgon commercial, but without the casual racism.

The following films depict characters who are living lives that are (likely) worse than anything we've experienced. Watch and sigh with relief. (Note: I pitched and wrote the bulk of this piece before news broke that children and parents were being separated at the southern U.S. border. For some, reality will always be worse than anything on the movie screen, and in no way do I intend to make light of that.)

THE PURGE SERIES—The First Purgeis upon us, and—spoiler!—as of this writing I haven't seen it. The Purgepresents us with a United States in which a political party called the New Founding Fathers has won a landslide election and made all crime legal for a 12-hour period once a year. Murder, rape, nun-beating, you name it. The first movie is a dumb home-invasion story, but its sequels up the ante by featuring a protagonist (Frank Grillo) out for vengeance inAnarchy,then fighting alongside a senator (Elizabeth Mitchell) inElection Yearto end Purge Night. These movies are better than they should be. Aside: I used to thinkThe Purgeseries was too fantastical—rich people murdering poor people for sport—to ever be possible. These days, I'm not so sure. 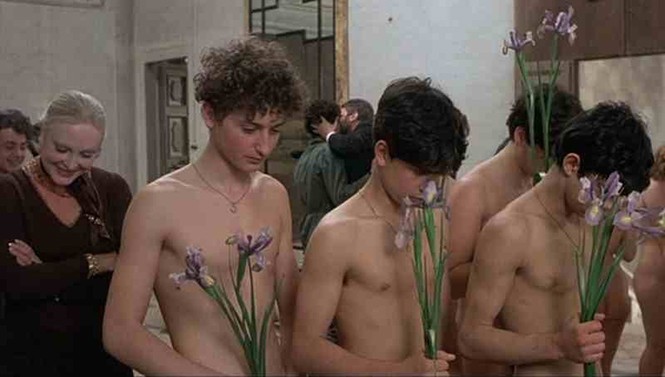 SALÒ OR THE 120 DAYS OF SODOM—Taking inspiration from the Marquis de Sade (that's your first warning), director Pier Paolo Pasolini's final film is an indictment of fascism without thesatisfaction of any of the fascists getting his comeuppance. Perhaps that's the point. But be warned: This movie contains, in no particular order of awfulness, graphic coprophilia, scalping, eyes being gouged out, tongues being sliced off (not larks' tongues) and two soldiers waltzing among the horror.

THE WITCH—In 17th-century New England, William (Ralph Ineson) and his family build a homestead in a wilderness that, unfortunately for them, is populated with witches. And perhaps the devil in the form of a goat called Black Philip. Writer-director Robert Eggers makes the wise decision to keep things that go bump in the night limited to a colonial settler's fears; it's sinister and creepy.

NEVER LET ME GO—The most heartbreaking movie of this bunch,this adaptation of Kazuo Ishiguro's novelis a romantic drama about people who are bred specifically for the purpose of donating their organs to the rich, and thus die early deaths. Carey Mulligan, Keira Knightley and Andrew Garfield sell it. Take Kleenex.

JEANNE DIELMAN, 23 QUAI DU COMMERCE, 1080 BRUXELLES—Any movie so rigid in its direction, cinematography and pacing isn't exactly "minimalist," but that word is thrown around a lot for Chantal Akerman's masterpiece. Jeanne (Delphine Seyrig) is a widow who fills her days completely so there's no variation to them (and therefore no time for her to spend thinking about her life's emptiness). But then something happens that throws Jeanne's schedule and routine off track and results in a horrifying ending. It all makes sense; imagine living in her shoes. You'll have three hours and 15 minutes to do it.

IDIOCRACY—Sure, living in a future when everyone is so dumb they water crops with sports drinks would be terrible. What might be even more terrible is that director and co-writer Mike Judge seems to be tacitly supporting eugenics, the idea that selective human breeding ensures more desirable traits in future generations. You might remember eugenics from when you studied Nazism.

DREDD—This Alex Garland-written dystopian nightmare features Dredd (Karl Urban), a one-man judge and executioner, who ventures into a 200-story apartment building to find a drug kingpin named Ma-Ma (Lena Headey). Dredd kills a lot of people, nastily, while avoiding being killed himself by Ma-Ma's many, many henchmen (or the mutants living outside the city in a radioactive wasteland).

SOLARIS (1972) and SOLARIS (2002)—These two movies adapted from the same novel have wildly different takes on the material. The first, made in the Soviet Union by master Andrei Tarkovsky, is a meditation on what makes us human. The second, made by Steven Soderbergh, explores similar themes, but with a bucket of ice cooling everything along the way. In both, Kris Kelvin (Donatas Banionis/George Clooney) journeys to a space station orbiting planet Solaris, which can make visions of dead loved ones appear. One could argue the movies have happy endings. They don't.