Not the Chilean Miners, but Still 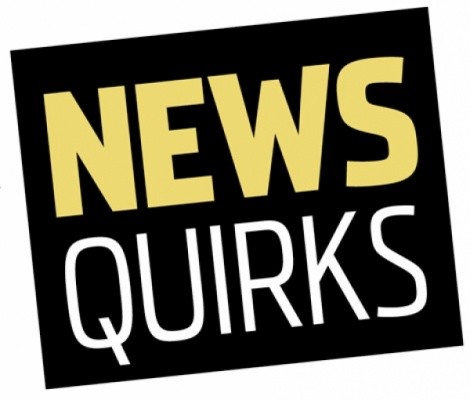 Curses, Foiled Again
Federal authorities said two masked gunmen greeted the owners of a New York City pizzeria arriving home after closing the store and ordered one of the owners to hand over a bag they believed held the day’s earnings. Instead, Drug Enforcement Administration agent Kristie Osswald reported, it “contained pizza dough.” Even so, the pizzeria owner resisted handing over the bag. Taking that reaction as proof the bag had value, the robbers shot the owner twice in the legs and fled with the bread. Suspect Salvatore LaRosa, 25, later turned himself in. (New York’s Daily Times)

• Nathan Alan Bramlage, 23, walked into a police station in Eugene, Ore., and asked to make a call. The desk officer recognized Bramlage from surveillance video of a bank robbery the day before and notified detectives. “I just assume that he didn’t believe we’d recognize him,” Detective Ralph Burks said after Bramlage’s arrest. (Eugene’s The Register-Guard)

Onward, Christian Soldiers
The First Baptist Church of Dallas launched a holiday-season Website for people to tattle on businesses that aren’t celebrating Christmas with appropriate store displays, advertising and greetings to customers, such as using “Happy Holidays” instead of “Merry Christmas.” “Too many businesses have bowed down to political correctness,” insisted the church’s pastor, the Rev. Robert Jeffress, who previously made national news by preaching a sermon titled “Why Gay Is Not OK” and branding Islam as an evil religion. “We meant this as a fun campaign.” (The Dallas Morning News)

Slow-Speed Chases
When Ricky New, 45, used a stick to rob a convenience store in Aiken, S.C., “he received an undisclosed amount of money and fled the scene on his getaway vehicle: a Craftsman riding lawn mower,” sheriff’s Capt. Troy Elwell stated, noting that deputies easily caught up to New. (Aiken Standard)

• Authorities charged Billie Jo Stevenson, 36, and Jonathan Lee Misner, 34, with stealing a motorized shopping cart from a Walmart store in Huntington, W.Va., after a state trooper found it—abandoned—blocking a highway lane. A sheriff’s deputy who responded observed the suspects walk from a strip club to the cart, then drive it home, with Misner walking beside the cart while Stevenson drove. (Huntington’s The Herald-Dispatch)

Not the Chilean Miners, but Still
A 69-year-old French grandmother spent 20 days trapped in the bathroom of her Paris apartment after the door lock broke. She survived by drinking warm water from the faucet and tried calling for help by knocking on the pipes. Her neighbors heard the banging but explained they thought it was someone making repairs. In fact, they were circulating a petition because the noise was “preventing us from sleeping,” one neighbor said, adding, “If we had known.” After some neighbors reported not seeing the woman for a long time, firefighters broke into the apartment and found her lying on the floor in a “very weakened state.” (BBC News)

On a Roll
Warren Saunders, 60, pleaded guilty to dropping toilet paper from a small plane over athletic fields at a middle school in Westwood, N.J. After witnesses on the ground spotted the plane, they alerted authorities, prompting a large law-enforcement response. When apprehended, Saunders explained he’d been practicing for a streamer drop he planned to do at a high school football field. He got probation and had to write a letter of apology to the mayor. (Woodland Park’s The Record)

• Iowa prisons intend making their own toilet paper, both to save having to buy it and to create jobs for inmates. Two prisons are currently testing a single-ply tissue made at a Missouri prison. Although Al Reiter, the associate warden at the prison in Anamosa, Iowa, said the test paper isn’t fluffy, the state insisted it’s good enough. State lawmakers must approve the switch to in-house processing, which Roger Baysden, director of Iowa Prison Industries, pointed out would save about $100,000 and employ 50 inmates. (Des Moines Register)