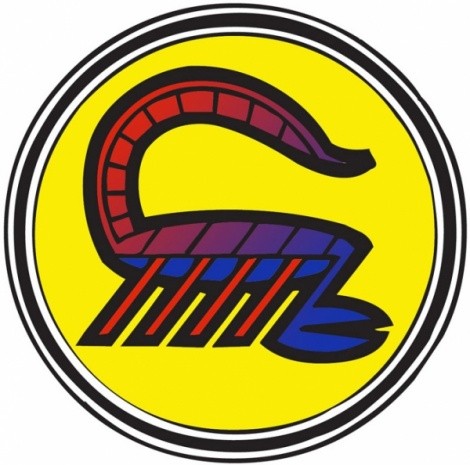 SCORPIO (Oct. 23-Nov. 21)
I recently discovered a blues-gospel artist named Famous L. Renfro, who is also known as “The Flying Sweet Angel of Joy.” His soaring, gritty music had a medicinal effect. It seemed to say to me, “You have the power to change your life in the exact way you want to change your life.” Your assignment, Scorpio, is to find a new source of music or art or literature or film that has a similar effect on you: a flying sweet angel of joy that inspires you to do what has been hard for you to do. According to my reading of the astrological omens, such an influence is within your reach right now.


SAGITTARIUS (Nov. 22-Dec. 21)
Your old self is the fuel you will use to burn your old self to the ground. This bonfire will liberate your new self, which has been trapped in a gnarly snarl deep inside your old self. It’s only at first that you’ll feel freaked out by the flames. Very quickly a sense of relief and release will predominate. Then, as the new you makes its way to freedom, escaping its cramped quarters and flexing its vital force, you will be blessed with a foreshadowing of your future. The intoxication that follows will bring you clarity and peace of mind.

CAPRICORN (Dec. 22-Jan. 19)
“Do we love Heaven more than God?” asks poet Paula Cisewski in her book Ghost Fargo. I think that’s the kind of cryptic question you Capricorns would benefit from mulling over in the coming weeks. Your mind needs to get its customary categories shaken up and rearranged . . . needs its habitual grooves broken up and diverted . . . needs its easy certainties flushed and abandoned. Can you think of any other queries that will help you accomplish this noble work? Let me offer a few to get you started: 1. Do we love love itself more than we love the people we say we love? 2. Do we fear failure so much that we interfere with our cultivation of success? 3. Do we obsess on our longing to such a degree that we miss opportunities to satisfy our longing?

AQUARIUS (Jan. 20-Feb. 18)
The Sanskrit word buddhi refers to the part of us that adores the truth. It’s good at distinguishing between what’s real and what’s false, and is passionately attracted to liberation. Although it may go into long periods of dormancy in some of us, buddhi
never falls asleep completely. It’s always ready to jump into action if we call on it. According to my reading of the astrological omens, Aquarius, the buddhi aspect of your psyche will be extra special big strong and bright in the coming week. In my opinion, that’s better than winning the lottery.

PISCES (Feb. 19-March 20)
I like how snowboarder Graham Watanabe described his experiences at the 2010 Winter Olympics. He wasn’t content with making a generic comment like “It was awesome!” or “No words could describe how great it was!” Instead he got florid and specific: “Try to imagine Pegasus mating with a unicorn and the creature that they birth. I somehow tame it and ride it into the sky in the clouds and sunshine and rainbows. That’s what it feels like.” As you break through your previous limits in the coming weeks, Pisces, I’d love to hear you summon some bursts of articulate jubilation akin to Watanbe’s.

ARIES (March 21-April 19)
“You don’t want to be the best of the best,” said Grateful Dead guitarist Jerry Garcia. “You just want to be the only one who does what you do.” That’s always good advice, but it will be especially apt for you during the next few weeks. You’re entering a phase when competing with other people will get you nowhere fast. What will get you somewhere fast is nurturing your unique talents and proclivities. Do you know exactly what they are? If you’re even a little fuzzy, make it your quest to get very clear.

TAURUS (April 20-May 20)
What is the “soul,” anyway? Is it a ghostly blob of magic stuff within us that keeps us connected to the world of dreams and the divine realms? Is it an amorphous metaphor for the secret source of our spiritual power? Is it a myth that people entertain because they desperately want to believe there’s more to them than just their physical bodies? Here’s what I think: The soul is a perspective that pushes us to go deeper and see further and live wilder. It’s what drives our imagination to flesh out our raw experience, transforming that chaotic stuff into rich storylines that animate our love of life. With the gently propulsive force of the soul, we probe beyond the surface level of things, working to find the hidden meaning and truer feeling. I’m bringing this up, Taurus, because it is Celebrate the Soul Week for you.

GEMINI (May 21-June 20)
“Nothing changes until it’s changed in everyone’s memories,” said poet Alice Notley. I urge you to keep that in mind as you move forward, Gemini. In recent weeks, you have helped untie a knot that once seemed impossibly tangled, and you deserve kudos for that. But your job isn’t done yet. Your next task is to work on loosening the snarls and smoothing the kinks that still linger in the imaginations of everyone involved.

CANCER (June 21-July 22)
In the 1925 silent film The Gold Rush, Charlie Chaplin plays a prospector during the Alaska Gold Rush. After a series of adventures, he finds himself stuck in a remote cabin on Thanksgiving Day with a ruffian named Big Jim. They’re out of food, so Charlie gets resourceful, boiling his right shoe in a big pot and serving it up steaming hot. What the audience doesn’t know is that the movie prop is made of sweet licorice, not leather. So while it may seem that dinner is a hardship, the actors actually had no trouble polishing off their meal. I see a similar scenario in your near future, Cancerian: something like eating a “shoe” that’s made of candy.

LEO (July 23-Aug. 22)
Lots of toddlers in Indonesia smoke cigarettes, not just the chain-smoking 2-year-old in the famous YouTube video. But don’t you dare let your inner child get started on a similar habit any time soon, Gemini. Make sure that sweet young thing is exposed to only the very best influences; feed him or her only the healthiest food, air, water, sounds, sights, images, and stories. The innocent, curious, wide-eyed part of you is entering a phase when rapid growth is going to happen, one way or another. It’s your job to guarantee that the growth goes in the right direction.

VIRGO (Aug. 23-Sept. 22)
“We grow sometimes in one dimension, and not in another; unevenly,” wrote Anais Nin. “We are mature in one realm, childish in another.” In you, Virgo, the discrepancies have been especially apparent lately. For example, your brainy insightfulness has been on a hot streak, while your gut wisdom has not. But I suspect this situation to shift in the coming weeks. My reading of the astrological omens suggests that your emotional intelligence is set to thrive. It will be fine if you concentrate on that phenomenon with all your heart, even if it means investing a little less energy in being an analytical whiz.

LIBRA (Sept. 23-Oct. 22)
In the old Looney Tunes cartoons, Wile E. Coyote is constantly chasing after the Road Runner, a long-legged bird that prefers running to flying. Presumably, Coyote would eat the Road Runner if he ever caught him, but he never does; the bird’s too fast and smart. In one recurring motif, the Road Runner dashes into the entrance of a cave that’s cut into a wall of sheer rock. When Coyote tries to follow him, he smashes into the rock, and it’s revealed that the cave entrance is just a very realistic painting. I suspect that you’re going to have the Road Runner’s power in the coming week: an ability to find and use doors that are inaccessible to other people.