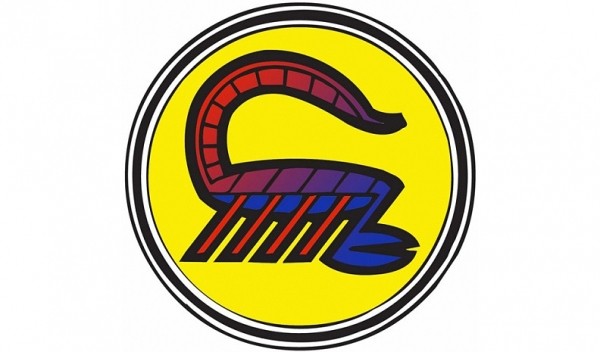 SCORPIO (Oct. 23-Nov. 21)
An environmental organization in New Zealand found that the local fishing industry wastes about 70 percent of its haul. In contrast, Iceland manages to use 96 percent of every fish caught. For example, New Zealand companies throw away most of the liver, roe, and heads of the fish, while Iceland has come up with ways to take advantage of all that stuff. Judging from your current astrological omens, Scorpio, I conclude that it’s crucial for you to take your cue from Iceland rather than New Zealand in the coming weeks. Be inventive, efficient, and thorough in harnessing the power of all your raw materials.

SAGITTARIUS (Nov. 22-Dec. 21)
“They will say you are on the wrong road,” said poet Antonio Porchia, “if it is your own.” I suspect you may have to deal with wrong-headed badgering like that in the coming weeks, Sagittarius. In fact, you could experience a surge of discouraging words and bad advice that tries to shoo you away from the path with heart. Some of the push may come from enemies, some from friends or loved ones, and some from deluded little voices in your own head. I hope you won’t be demoralized by the onslaught, but will instead respond like a brave hero who uses adversity as a motivating force.

CAPRICORN (Dec. 22-Jan. 19)
I’m sure you’ve got thousands of practical details to attend to. Your schedule may be as busy as it has been in months. But I hope you will find time to do what I consider essential to your well-being, and that is to wander and wonder. In fact, let’s make that your motto: to wander and wonder. Even if it’s just for a few stolen moments between your serious appointments, allow yourself to meander off into the unknown and marvel at all the curious things you find. Be on the lookout for high strangeness that thrills your imagination, for exotic pleasures that titillate your lust for novelty, and for fertile chaos that blows your mind in all the right ways.

AQUARIUS (Jan. 20-Feb. 18)
James Joyce was a great novelist but not much of a fighter. He picked a more imposing and athletic buddy to go drinking with, though: Ernest Hemingway. If the two men encountered any alcohol-induced trouble, Joyce would slink behind his friend and yell, “Deal with him, Hemingway, deal with him!” I don’t anticipate that you’ll be in the vicinity of any bar scuffles in the coming week, Aquarius. But I do think you would benefit from having a potent and persuasive ally on your side. It’s time to add some heft and clout to your arsenal of resources.

PISCES (Feb. 19-March 20)
Is it possible that you have been too receptive and empathetic for your own good lately? I mean, I love how attuned you are to the ebb and flow of subtle energies—it’s one of your most winsome and powerful qualities—but I fear you may be going too far. As heroic as it might seem to be the most sensitive and responsive person in a ten-mile radius, I’d rather see you work on being more self-contained right now. That’s why, for a limited time only, I’m recommending that you turn the full force of your touchy-feely solicitude on yourself.

ARIES (March 21-April 19)
In old Christian and Islamic lore, the dove was a symbol of the holy spirit. The bird was considered so pure and sacred that the devil, who was an expert shapeshifter, could not take on its form. The dove had a different meaning in other traditions, however. Among the ancient Greeks, it had a special relationship with Aphrodite, the goddess of love. In Rome, its eggs were regarded as aphrodisiacs. Drawing on all these meanings, I’m nominating the dove to be your power animal in the coming week. You will have an excellent chance to intensify your connection with divine truths through the power of love and eros—and vice versa.

TAURUS (April 20-May 20)
Your next assignment is to deepen and refine your relationship with your temptations. That doesn’t mean you should shed all caution and simply give in to them. Rather, I’m suggesting you escape the bind that makes you feel like you have to either ruthlessly repress your complicated longings or else thoroughly express them. Is there an in-between position you can find? A way you can appreciate the mysterious gift that the temptations confer and not be miserably obsessed by them? A perspective in which you’re neither tormented by guilt nor driven to compromise your integrity?

GEMINI (May 21-June 20)
You’re a bit like a professional jet pilot who is operating the pirate ship ride at an amusement park. You have resemblances to a top chef who’s shopping for gourmet ingredients in a seedy convenience store. In other words, Gemini, you may feel slightly off-kilter or dispossessed, even though you have a lot going for you. Here’s the best possible thing you could do while you wait for the fates to show you how to make a correction: Make it your intention to feel centered, poised, and at peace exactly as you are right now.

CANCER (June 21-July 22)
Contrary to conventional wisdom, there is currently enough food available to feed everyone on the planet. The problem is, it’s not distributed efficiently. Some people get far more food than they need, and even waste a lot of it, while less fortunate folks go hungry. I invite you to think about whether you might have a metaphorically comparable situation in your own life, Cancerian. Is there a part of your psyche that’s well-nurtured but a different part that receives meager shares of love and support? Are you overstuffed in one way but starved in another? The coming weeks would be an excellent time to correct such an imbalance. (More on food: tinyurl.com/HungryWorld.)

LEO (July 23-Aug. 22)
This horoscope is not an advertisement for ceremonial shovels. I am receiving no payment from a ceremonial shovel company for suggesting that you procure a customized engraved gold digging tool for your own personal use. And I will feel fine if you don’t actually get a real one, but instead merely imagine yourself wielding a pretend version. The fact is, Leo, the coming weeks will be an excellent time to do a groundbreaking ritual: to dig up the first scoop of metaphorical dirt in the place where you will build your future dream house, masterpiece, or labor of love.

VIRGO (Aug. 23-Sept. 22)
I don’t think you’re fully aware of the game you’ve been immersed in. You may even be in denial that you’re playing it. If I’m right about this, please make it a priority to acknowledge what’s going on and identify the exact nature of the game. You can’t afford to be innocent about the subterranean forces that are in motion. It’s especially important not to be too nice and polite to see the complicated truth. Please note: There’s no need to be a cynical shark—that would be as inappropriate a response as being a sweet little lamb. But you should definitely activate your jungle senses.

LIBRA (Sept. 23-Oct. 22)
On Reddit.com, someone asked members of the community the following: What is your best unanswerable question? Among the more serious offerings were “What is love?”, “What is magic?”, “Why is there something as opposed to nothing?”, and “What is the meaning of life?” Then there were more avant-garde possibilities: “Where do squirrels go during hurricanes?”, “Could Jesus microwave a burrito so hot that he himself could not eat it?”, and “If I asked you to sleep with me, would your answer be the same as the answer to this question?” After evaluating the current astrological omens, Libra, I urge you to pose your own best riddle—a query that will provide maximum stimulation as you meditate on it during the next four months.