Cinema: From the library to the multiplex, our third annual preview of fall’s literary adaptations. 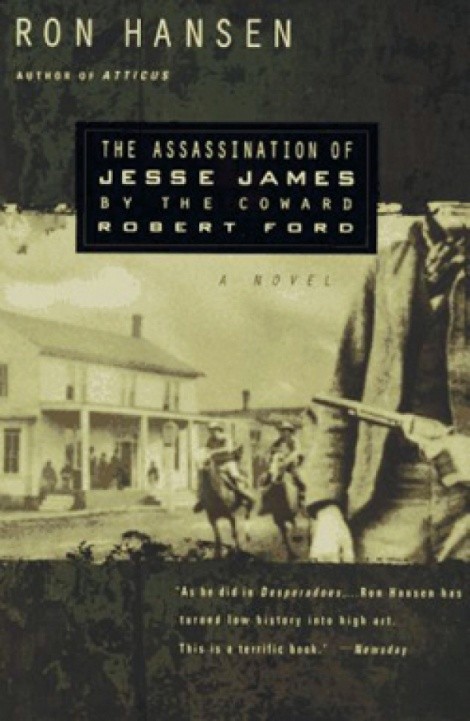 The summer heat has begun to fade, which means it’s time for movie theaters to turn their attention from films based on comic books to films based on book-books. Which literary adaptations hold promise? It’s time for our third annual library-fueled speculation. (Release dates are, as always, subject to change.)

The Assassination of Jesse James by the Coward Robert Ford by Ron Hansen
Book Overview: In an intriguing piece of historical fiction, Hansen combines documented evidence with speculation about the last months of the famed outlaw, and the introduction into his gang of the young admirer who will eventually kill him. The majority of the book provides fascinating insight into the charismatic, mercurial Jesse and the world in which he was both criminal and celebrity. But once Jesse meets his Maker, the narrative drifts through Ford’s rising and falling fortunes to reduced impact.
Book Grade: B+
Reason for Adaptation Optimism: Brad Pitt seems perfect for the Wild West equivalent of a rock star.
Reason for Adaptation Concern: Delayed long enough that I think Pitt was still married to Jennifer Aniston at the time he made it.
Film Scheduled Release Date: Sept. 21
The Movie Pitch: “Wyatt Earp meets Butch Cassidy and the Sundance Kid”

Source Material: No Country for Old Men by Cormac McCarthy
Book Overview: While tracking elk near the Mexican border, a hunter stumbles upon the scene of a drug deal gone bad and takes a fortune in cash. The narrative becomes an extended hunt for the money involving a single-minded killer and a veteran sheriff, with twists and turns that make it hard to put down. The philosophical elements of McCarthy’s best works combine with a straightforward genre narrative in a way that manages to revitalize both.
Book Grade: A-
Reason for Adaptation Optimism: The cash-and-criminals setup looks to be in the wheelhouse of the Coen brothers’ classic thrillers (Fargo, Blood Simple).
Reason for Adaptation Concern: Will it feel too much like a regurgitation of Fargo and Blood Simple?
Film Scheduled Release Date: Oct. 9
The Movie Pitch: “Fargo meets The Terminator.” 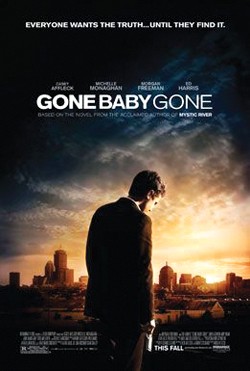 Source Material: Gone Baby Gone by Dennis Lehane
Book Overview: The author of Mystic River delivers another Boston-set crime drama, this one about the investigation into the apparent kidnapping of a 4-year-old girl. Lehane has a knack for creating vividly realized characters and setting them loose in a world of corruption and despair, and this tale is no exception. It also grows nearly oppressive in its bleak cynicism, resulting in something that’s as undeniably powerful as it is hard to stomach.
Book Grade: B+
Reason for Adaptation Optimism: Director Ben Affleck certainly will have a feel for the setting of his hometown Boston.
Reason for Adaptation Concern: “Director Ben Affleck”—need more be said?
Film Scheduled Release Date: Oct. 26
The Movie Pitch: “Mystic River meets Seven.” 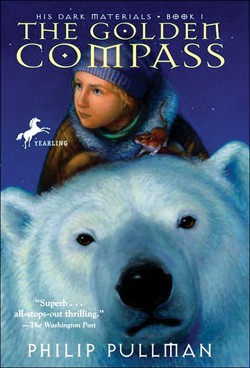 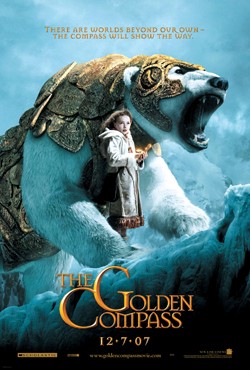 Source Material: The Golden Compass by Philip Pullman
Book Overview: In an alternate-reality England, a young girl finds herself caught up in an adventure involving a search for missing children and a mysterious device only she can understand. The narrative stumbles for a while as it tries to establish the fantasy elements—people’s souls taking the physical form of animals; a kingdom of talking bears—within a familiar context. But the details pack a cumulative impact, and the adventure ultimately turns into quite a surprising page-turner.
Book Grade: B
Reason for Adaptation Optimism: Spectacular-looking production design in early trailers.
Reason for Adaptation Concern: If the film keeps the book’s dark, unresolved climax, it could be incredibly unsatisfying to most viewers.
Film Scheduled Release Date: Dec. 7
The Movie Pitch: “The Chronicles of Narnia meets Harry Potter.”

Source Material: I Am Legend by Richard Matheson
Book Overview: A legend in his own right, regular Twilight Zone contributor Matheson’s 1954 novella follows the lone human survivor of a plague that has turned everyone else into vampires. The language and tone feel pretty dated—the hero’s exaggerated, exclamation-point-filled rages are the stuff of a different era—but Matheson knew how to put together a streamlined, adrenaline-fueled genre tale.
Book Grade: B
Reason for Adaptation Optimism: Director Francis Lawrence did a solid job with a dark supernatural thriller in Constantine; Will Smith in action-hero mode as the sole survivor.
Reason for Adaptation Concern: Trailer suggests too much emphasis on the “how did it happen” stuff almost completely absent from the story.
Film Scheduled Release Date: Dec. 14
The Movie Pitch: “Constantine meets 28 Days Later.”