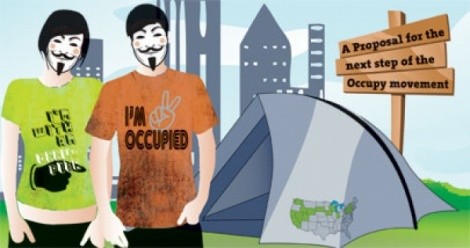 The Occupy movement that spread across the country in fall 2011 has already changed the national discussion: It’s brought attention to the serious, systemic problem of gross inequities of wealth and power and the mass hardships that have resulted from that imbalance.

Occupy put a new paradigm in the political debate—the 1 percent is exploiting the 99 percent—and it’s tapping the energy and imagination of a new generation of activists.

When Adbusters magazine first proposed the idea of occupying Wall Street, kicking off on Sept. 17, it called for a focus on how money was corrupting the political system. “Democracy not Corporatocracy,” the magazine declared—but that focus quickly broadened to encompass related issues, ranging from foreclosures and the housing crisis to self-dealing financiers and industrialists who take ever more profits but provide fewer jobs, and the ways that poor and disenfranchised people suffer disproportionately in this economic system.

It was a primal scream, sounded most strongly by young people who decided it was time to fight for their future. The participants have used the prompt to create a movement that drew from all walks of life: recent college graduates and the homeless, labor leaders and anarchists, communities of colors and old hippies, returning soldiers and business people. They’re voicing a wide variety of concerns and issues, but they share a common interest in empowering the average person, challenging the status quo and demanding economic justice. 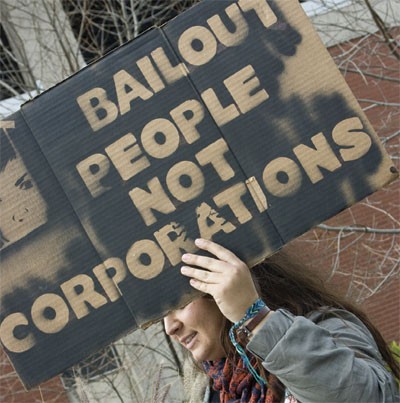 Alternative newsweeklies across the country chronicled and actively supported the Occupy movement, from its early days through its repeated expulsions from public plazas by police. They supported the right of the protesters to remain—even as they understood Occupiers couldn’t, and shouldn’t, simply stay forever. Occupy needed to evolve if it were to hold the public’s interest. The movement would ultimately morph into something else.

That time has come. This spring, Occupy is poised to return as a mass movement—and there’s no shortage of energy or ideas about what comes next. Countless activists have proposed occupying foreclosed homes, shutting down ports and blocking business in bank lobbies. Those all have merit. But if the movement is going to challenge the hegemony of the 1 percent, it will involve moving onto a larger stage and coming together around bold ideas—like a national convention in Washington, D.C., to write new rules for the nation’s political and economic systems.

Imagine thousands of Occupy activists spending the spring drafting Constitutional amendments—for example, to end corporate personhood and repeal the Citizens United decision that gave corporations unlimited ability to influence elections by treating corporations the same as individual citizens and allowing them to spend unlimited sums on political campaigns—and a broader platform for deep and lasting change in the United States.

Imagine a broad-based discussion—in meetings and on the Web—to develop a platform for economic justice, a set of ideas that could range from self-sustaining community economics to profound changes in the way America is governed.

Imagine thousands of activists crossing the country in caravans, occupying public space in cities along the way, and winding up at a convention in Washington, D.C.

Imagine organizing a week of activities—not just political meetings, but parties and cultural events—to make Occupy the center of the nation’s attention and an inspiring example for an international audience.

Imagine ending with a massive mobilization that brings hundreds of thousands of people to the nation’s capital—and into the movement.

Occupy activists are already having discussions about some of these concepts (see sidebar).

DEFINING MOMENTS
Mass social movements of the 20th century often had defining moments—the Freedom Rides, bus boycotts and Rev. Martin Luther King Jr.’s March on Washington, D.C.; Earth Day 1970; the Vietnam War teach-ins and moratoriums. None of those movements were politically monolithic; all of them had internal conflicts over tactics and strategies.

But they came together in ways that made a political statement, created long-term organizing efforts and led to significant reforms. Occupy can do the same—and more. The potential for real change is enormous, and if something’s going to happen this spring and summer, the planning should get under way now.

A convention could begin in late June, in Washington, D.C.—with the goal of ratifying on the Fourth of July a platform document that presents the movement’s positions, principles and demands. Occupy groups from around the country would endorse the idea in their General Assemblies make it their own.

This winter and spring, activists would develop and hone the various proposals that would be considered at the convention and the procedures for adopting them. They could develop regional working groups or use online tools to broadly crowd-source solutions, like the people of Iceland did in 2011 when they wrote a new constitution for that country. They would build support for ideas to meet the convention’s high bar for its platform, probably the 90 percent threshold that many Occupy groups have adopted for taking action.

Whatever form that document takes, the exercise would unite the movement around a specific, achievable goal and give it something that it has lacked so far: an agenda and set of demands on the existing system—and a set of alternative approaches to politics.

While it might contain a multitude of issues and solutions to the complicated problems we face, it would represent the simple premise our nation was founded on: the people’s right to create a government of their choosing.

There’s already an Occupy group planning a convention in Philadelphia Fourth of July weekend, and there’s a lot of symbolic value to the day. After all, on another July 4 long ago, a group of people met in Philly to draft a document called the Declaration of Independence that said, among other things, that “governments ... deriv[e] their just powers from the consent of the governed ... [and] whenever any Form of Government becomes destructive of these ends, it is the Right of the People to alter or to abolish it, and to institute new Government, laying its foundation on such principles and organizing its powers in such form, as to them shall seem most likely to effect their Safety and Happiness.”