Sea Minus: Oceans can’t turn its pretty pictures into a cohesive narrative. 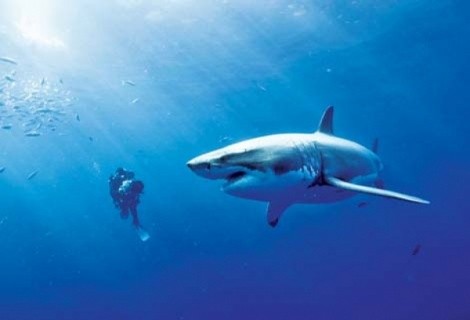 Last year, Disney launched its new DisneyNature division by releasing Earth, which collected and distilled material from the BBC’s Planet Earth series. For DisneyNature’s sophomore effort, Oceans, they looked to the creators of Winged Migration to come up with something more original. Except they didn’t.

As long as I’ve been alive, it’s been fashionable to bash Disney for turning its content into generically appealing family fare. Though the company’s association with Pixar has changed that impression somewhat, “Disney-fying” generally hasn’t been employed as a compliment. But Disney, over the course of a couple of generations, has certainly demonstrated that it knows how to turn nature into narrative, whether in its True Life Adventures shorts or in tales like The Incredible Journey. Directors Jacques Perrin and Jacques Cluzaud offer up a lot of pretty pictures in Oceans; what they don’t offer is something that feels like a movie.

It certainly talks like a movie, with Pierce Brosnan providing soothing narration framed by the not particularly interesting question, “What is the ocean, anyway?” And based on the images in Oceans, the answer is, “A whole lot of things.” It’s a place where dolphins and birds engage in mass feeding frenzies in cyclones of sardines. It’s a place where otters frolic and groom themselves. It’s a home to exotic and bizarre species by the thousands, most of them lurking in the shadows of coral reefs. And it’s a powerful force that makes humans on a fishing boat look very small and fragile, indeed.

All of these are interesting, and individually, they can be impressive, cute, funny or awe-inspiring. But that’s not the same thing as providing a cohesive idea, and it generally doesn’t feel as though Oceans has any clear sense of purpose. The most obvious would be one of environmental consciousness, which would seem to be the implicit idea behind a film division that releases its movies on Earth Day. While there’s a token attempt to rally conservation-mindedness—including effective satellite footage showing the flow of toxins and pollutants into the oceans from river deltas—Oceans clearly pulls its punches. There’s nothing inherently worthy about a documentary that lectures its audience, but it’s also a bit disheartening seeing one that delivers its “be nice to our planet” ideas in a manner so calculatedly inoffensive.

The reality is that in an era of omnipresent nature footage—particularly on basic cable—a nature documentary needs to provide at least one of two things. The first is technological innovation, like the kind that allowed cameras to soar with birds in Winged Migration or burrow into the insect world of Microcosmos. Not a scrap of new ground is broken in Oceans, though. If you’ve seen one money shot of sharks and killer whales attacking sea lions, you’ve seen them all.

The second—and considerably easier—method is through simple anthropomorphizing storytelling. And that doesn’t necessarily mean a film has to follow a single animal or type of animal for 90 minutes. There are several individual examples in Oceans of the way that approach can work on a small scale: a territorial smackdown between a shrimp and a crab; a meeting of thousands of spider crabs that turns the ocean floor into something resembling a battlefield; an affectionate hug between a mother walrus and her pup. This is the money material in a nature documentary, the stuff that establishes connections between the viewers and the creatures they’re seeing on the screen.

But Oceans never seems to have the attention span to make these narrative moments stick. The editing rhythms feel all wrong, as though the film were put together by a kid dragging his parents from one aquarium exhibit to the next every 25 seconds. There’s no question that Perrin and Cluzaud have a sense for images that convey the complexity and mystery of ocean life, from undulating ribbon eels to a diver swimming with a great white shark to urchin larvae tumbling like extraterrestrial lights. That’s not the same as giving a viewer a reason to see the collection of those images as anything more than a Time-Life book where the pictures move.

Disney should understand the power of story better than this. The oceans may be massive, but by giving too few of its inhabitants a context, Oceans makes them seem surprisingly small.