In 1990, I turned 8-years-old. In addition to the regular birthday presents, my parents gave me a CTR (Choose the Right) ring and a Book of Mormon. A few days later, I found myself standing in an oversize tiled bathtub at the Nebo Stake Center in Spanish Fork, Utah. It was April, and the belly button-deep water was cold. Some prayers were said, and before I knew it, I was dunked beneath the water—along with every hair on my head—and my name was added to the rolls of The Church of Jesus Christ of Latter-day Saints.

Round about the same time I experienced my spiritual entrance into the Mormon church, a 28-year-old named Tresa Kehl, frustrated by the lack of fancy stockings available to wear to her husband's work Christmas party, opened up a lingerie shop called Dirty Jo Punster's on Spanish Fork's Main Street.

As I slipped that CTR ring onto my finger and began an unsuccessful and half-hearted crack at reading verse after verse of the Book of Nephi, some of my fellow Spanish Forkers were busy signing a petition in an attempt to thwart Kehl's efforts to become a small-business owner.

That petition drive, and those that came afterward, failed. And today, Dirty Jo's continues to be a mainstay on Spanish Fork's main drag, thriving on brisk sales of clitoral stimulators, stiletto heels and racy lingerie.

"I remember women saying, 'It's OK because they're only going to be around [for] six months,'" Kehl says of the attitude toward her store after the petition failed. "Now, we're going on our 26th year."

When Kehl first opened the store, she remembers the economy was in a slump and vacant storefronts stretched up and down the street. Like any enterprising businessperson, Kehl did her part to lure people downtown, helping to organize a trick-or-treat event on Halloween and a scarecrow contest.

Kehl says she and the local Chamber of Commerce were the first in the state to adopt the use of orange flags at crosswalks along traffic-choked Main Street—not former Salt Lake City Mayor Rocky Anderson who, to Kehl's chagrin, got all the credit.

No sooner was Spanish Fork's downtown humming again, though, than the city allowed developers to destroy the North Park, situated near Highway 6. A Costco and other big-box chains have moved onto this real estate, leading many downtown shops to flounder.

But Kehl says she believes the street is on its way back. In 2014, the city received some federal assistance to help create plans to revitalize the downtown core. With some parallel parking and a traffic-slowing device, like a roundabout, Kehl hopes that more of the folks traveling Main Street will have the chance to slow down and realize that shopping exists there. 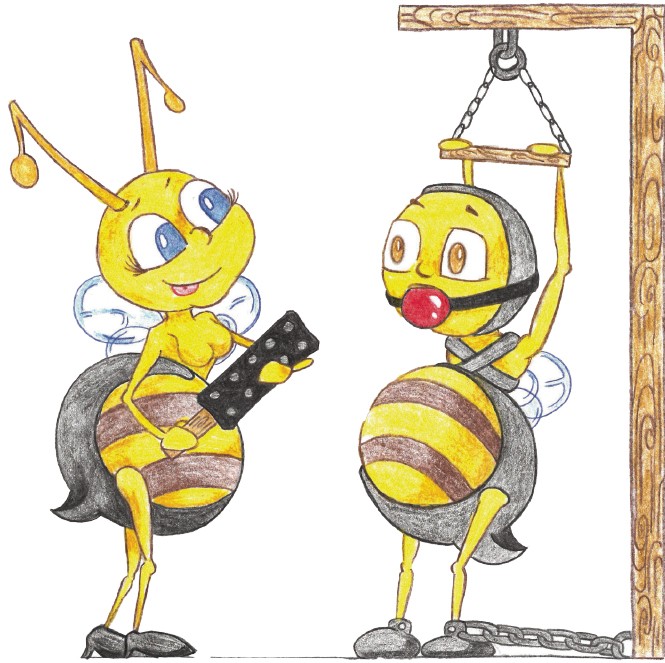 While Kehl initially only set out to provide lingerie and a small assortment of toys to the south Utah County population, an entirely different aspect of her expertise has surfaced: Educator.

In addition to teaching the occasional human sexuality course at Westminster College and Utah Valley University, Kehl says she and her store provide a refuge, and a classroom, for residents who dare not ask their loved ones, doctors or LDS bishops about what they are or are not enjoying about their sex lives.

"They really don't have anywhere to turn to ask some of these questions," Kehl says of some of her customers. "They don't even want to ask their doctors sometimes, so if we can make it a little easier on them, it's a good day."

Kehl says a diverse group of people turns to her for advice. She says a 30-year-old man who had never had sex visited the store the day before his wedding. The man, Kehl says, was in tears because he hadn't a clue what his wedding night would require. A week later, she says the man's wife visited the store to thank Kehl.

In 1999, I could have used Kehl's advice. The teenage pregnancy rate at Spanish Fork High School was on the rise, and I thought it would be a good idea to run for student body president. For campaign fuel, I settled on the tactic of passing out condoms. In Mr. Stone's second-period science class, a couple of us taped a piece of paper to each condom that said: "Be safe, vote Colby." Soon after the condoms were disbursed, I found myself in the principal's office. Disappointed at my immaturity, the man sent me home from school and disqualified me from the election. (Rumor has it, I won that election, but my crown was given to the second-place finisher.)

Kehl gets a kick out of this story, and commends me for my efforts. On this front, sex education in Spanish Fork—and the rest of Utah public schools—remains a desert of abstinence-only, even as the state, according to the U.S. Department of Health and Human Services, had the 38th highest rate of teen pregnancy in the nation in 2013, with 2,269 women and girls under the age of 20 giving birth.

Like many fledgling businesses, especially those that are persecuted, Kehl has had to fight for her right to do business. In 1998, a fire in a neighboring building caused severe damage to Dirty Jo's.

Kehl remembers the firefighters telling her that she'd never be able to reopen at that location. And the fire, she says, reignited the controversy surrounding her business's risqué inventory. "That's when the naysayers came back," she says, recalling that people said, "She fully got what she deserved. God burned her down."

While Kehl continues to keep women in stockings (she now offers 500 different pairs), the store, she says, has carried her through a divorce, and it's put her four children through college.

And whether she knows it or not, the mere presence of the place, even for a young boy too timid to open the door and get kicked out, serves as a shining reminder that beyond the walls of the Nebo Stake Center, there is a world awaiting that oftentimes looks mighty nice wearing lingerie. CW