A better way to Die Hard 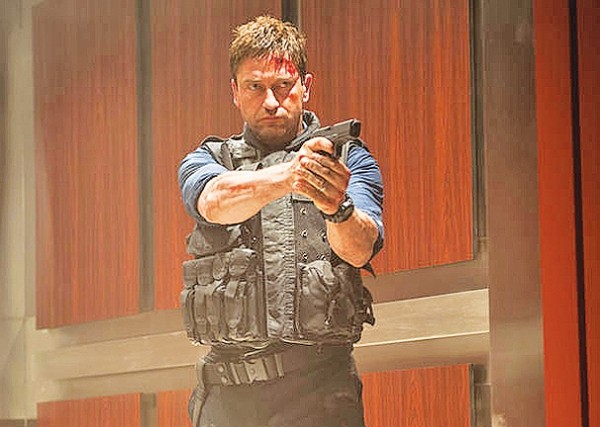 Sure, I’m a critic—but I’m also an American, and I don’t like seeing our institutions in peril. Which is why Olympus Has Fallen had me muttering angrily to myself: “Why couldn’t this have been the latest Die Hard movie?”


Our hero, Mike Banning (Gerard Butler), is a Secret Service agent removed from presidential protection detail after tragically failing to save the life of the first lady. Eighteen months later, nasty North Korean terrorists storm the White House, ultimately taking the president (Aaron Eckhart) and several other top U.S. government officials hostage, with Banning the sole obstacle to their plans.


The filmmakers grasp all the major components that make a Die Hard-type thriller appealing. Contained space? Check. Hopelessly out-manned protagonist, slowly evening the odds through brute force and ingenuity? Maybe the balance is considerably shifted toward “brute force,” but sure. Suitably nasty villain (Rick Yune) with a clearly defined objective? Double-check. Action set
pieces? Gunplay and fisticuffs both score, and there’s a solid level of suspense at key moments, particularly when Banning attempts to smuggle the president’s young son (Finley Jacobsen) to safety.


Of course, Gerard Butler is the movie’s central figure, and I’m on record as not remotely getting why Butler continues to happen. His physicality certainly makes him a threat to the villains, but it also makes him seem like less of an everyday guy in an extraordinary situation—the key factor in Bruce Willis’ performance as John McClane that elevated the original Die Hard to a modern classic.


And yet, still, Olympus Has Fallen clicks on most of the levels where you need genre movie-making to click. Its sheer momentum minimizes your innate “wait, that’s stupid” reflex; it serves up a few memorable one-liners; it even gives the final showdown a big digital countdown-to-Armageddon clock. This should have been the kind of movie we get for John McClane, and the fact that it wasn’t continues to be Hollywood’s fly in our ointment.