Rhys Fulber creates in the moment as Conjure One. 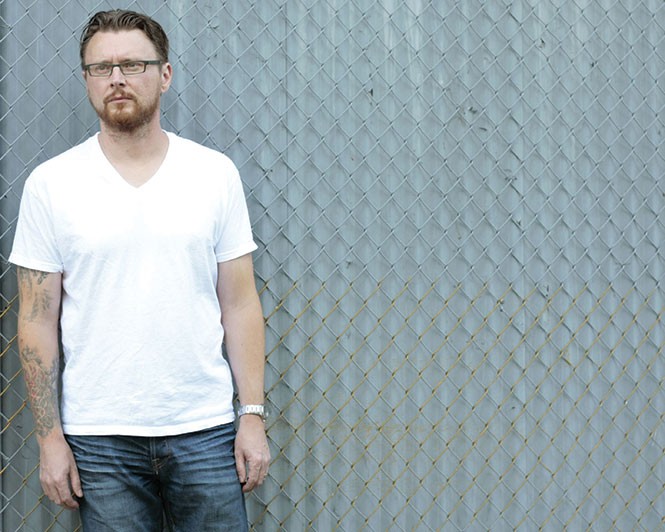 As a kid growing up in Vancouver, British Columbia, Rhys Fulber got to hang around many older musicians. His dad played in punk bands and owned a recording studio, so Fulber had access to a variety of music gear. Attracted mainly to electronic instruments, he got his start with synthesizers, writing music influenced by the somber tone of groups like Orchestral Manoeuvres in the Dark. That influence "is still in my music," Fulber tells City Weekly in a telephone interview while driving to his studio in Van Nuys, Calif.

The ambient electronic music Fulber plays in his current project, Conjure One, is a far cry from the music he made in his industrial group Front Line Assembly. It's also not very much like his trance/dance project Delerium. While all three projects are built upon electronics, the lush soundscapes of Conjure One are decidedly more accessible, and better suited for headphones than a rave. His fourth album, Holoscenic (Armada Music, 2015), is warm and melodic, alternating between alluring instrumentals and evocative tunes that feature ethereal vocals from guests like Sinéad O'Connor and Poe.

When not writing, recording or performing as Conjure One, Fulber spends much of his time in his studio, producing and remixing artists (mostly metal bands, but occasionally the likes of Josh Groban and Avril Lavigne). Taken as a whole, his body of work suggests an artist who's driven by his muse. "I always have to be doing something creative," he says, otherwise, "I don't feel right." Naturally, he enjoys crafting more challenging musical excursions that explore the improvisational potential of modular synthesizers, but favors a more song-based approach for Conjure One. "People want to hear ... songs; they don't want to see some free-form improvisation."

With Conjure One, Fulber's live setup is straightforward: He plays keyboards and works with a number of effects and samples, and tours with only a vocalist. It's a choice made for financial, rather than creative, reasons—taking a larger production on tour is prohibitively expensive. "I'm not playing with a lot of real instruments now," he says. "I try to make it as live as I can within its context."

Fulber's live configuration isn't unusual in electronic music, where it's common for an artist to be onstage alone. He thinks that approach is boring for the audience, and for the performer. Many electronic artists—especially within the EDM subgenre—"aren't really doing that much [onstage]," he says. "Most guys don't even have a keyboard or anything. They're just turning filters, basically." Fulber says he doesn't want to be onstage looking at a laptop. "I want to be up there doing something I feel good about."

Touring light, however, makes a laptop a necessity when performing Conjure One's multilayered music. So, to a point, Fulber surrenders to its advantages—but strives to not make the machine a focal point. "[I use it] more like a rackmount device. But I hate it," he says. Still, he remains optimistic about the future of electronic music, saying he senses an overall shift toward more performance-oriented electronica: "It's so much more exciting to be creating on the spot."

The current run of Conjure One shows is limited to seven dates, all in the western United States and Vancouver. Initially, Fulber scheduled a single Conjure One performance in Palmer Lake, Colo., but then decided that it made sense to add a few more: "I'm always up for shows." He admits that his reputation for the harder-edged sounds of his earlier projects sometimes confuses people, especially since he generally sticks to only Conjure One music when he plays live. Because Conjure One fans are such a varied audience, the challenge is bringing it all together. To that end, he says, "I can drop a FLA tune as an encore if needed."