Once Upon a Theater 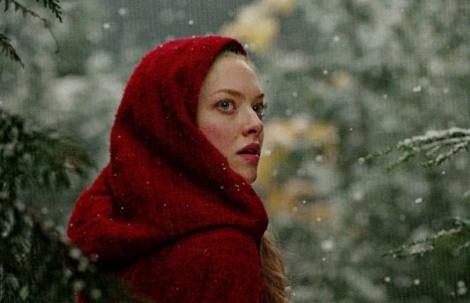 Did you miss Beastly and Red Riding Hood at your local multiplex this winter? Chances are you did, though you can catch up on DVD now. The former moved the traditional tale of Beauty and the Beast to the realm of privileged prep-school kids in Manhattan; the latter tried to put a supernatural, teen-romance, Twilight-esque twist on the familiar story of the girl and the wolf. Neither was any good, and both did poorly at the box office; Hood didn’t even earn back its budget in North America.

But be on the lookout for many more flicks just like them. The astonishing success of 2010’s Alice in Wonderland—the Tim Burton-directed, Johnny Depp-starring 3-D spectacle earned more than $1 billion worldwide—has apparently inspired Hollywood to revisit the deep well of oft-told tales. The fact that public-domain stories, with their built-in name recognition, come without licensing fees is merely a bonus for the studios. Look for another attempt to grab the Twilight audience with Snow White & the Huntsman, coming in 2012, starring vampire-lover Kristen Stewart and Thor’s Chris Hemsworth.

The next decade may shape up to be a repeat of the 1980s, when new strides in FX techniques and technology—as well as, perhaps, a longing for simple tales of good and evil during the climax of the Cold War—created the perfect environment for a blossoming of fairy-tale movies. Most weren’t based on existing stories—Neil Jordan’s grim, arty take on Red Riding Hood, The Company of Wolves (1984), was an exception—though they were carefully crafted to feel as if they might be, which helped plug into the archetypes that appeal to mainstream audiences. The Dark Crystal (1982) was a sinister, gorgeous fantasy from Muppet maestro Jim Henson. Ridley Scott’s Legend (1985) starred Tom Cruise as an unlikely fantasy hero out to save a fair maiden and a gentle land from an evil lord. Labyrinth (1986), also from Jim Henson, saw a teenage Jennifer Connelly square off against David Bowie’s wicked Goblin King. These films may be minor works that continue to skate by on their nostalgia value for Gen X-ers, but 1987’s The Princess Bride is arguably an all-time favorite unlikely to be forgotten soon, a hugely entertaining deconstruction of fairy-tale tropes and cinematic clichés that captures both what audiences love in these kinds of stories while also refusing to take them too seriously, avoiding the overt earnestness that weighs down the other 1980s movie fantasies.

Disney’s animated musical wonder Beauty & the Beast (1991) and the sweetly feminist Cinderella tale Ever After (1998), plus Tim Burton’s gloriously weird Sleepy Hollow (1999), bookended the 1990s, which was curiously devoid of classic fantasies. The genre made a comeback of a sort in the 2000s, telling new stories that felt fairy-tale familiar but in ways that did not have wide pop-cultural impact and did not connect with audiences. Some were art-house indies seen by few, such as Christina Ricci as pig-snouted Penelope (2006) and Terry Gilliam’s brilliant but difficult The Brothers Grimm (2005). Many were big-budget flops: the immortals love story Tuck Everlasting (2002), Anne Hathaway as Ella Enchanted (2004), M. Night Shyamalan’s Lady in the Water (2006) and the love-a-magic-being romance Stardust (2007). A few were hits but simply terrible: the overly CGI’ed actioner Van Helsing (2004); The Village (2004), another Shyamalan fable; and the 800-pound vampire in the room, Twilight (2008).

Only the hilarious and delightful Enchanted (2007), in which a Disney-esque animated princess crosses over into modern-day New York City, feels like a movie that will endure for the ages—along with the other beloved Disney fairy tales: Snow White (1937), Sleeping Beauty (1959) and the aforementioned Beauty & the Beast, most recently joined by 2010’s Tangled.

Perhaps some of the fairy-tale flicks of the 2010s—like Pixar’s planned 2012 summer release, Brave—will acquire a patina of nostalgia like those of the ’80s did. Or perhaps some of those to come in the next decade will be instant classics. If only we had a magic mirror ...