Locals band together for charity 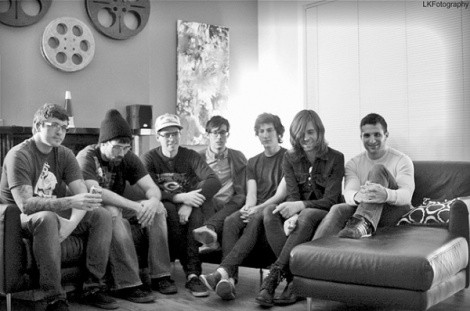 In mid-November, a group of bands got together to explore a charitable idea by King Niko vocalist Ransom Wydner. A mere six weeks later, more than 50 people from more than 10 bands (YYBS and Dustbloom are pictured above) have been involved in the recording and producing of their 2011 Christmas album. In keeping with the spirit of the season, 100 percent of the proceeds from the album will be donated to The Road Home. Physical copies can be purchased at the Road Home or at Bar Deluxe, where it was recorded; digital downloads are available for $5 on VoltronXMas.BandCamp.com.

“It was just kind of stitched together with nothing but good intentions,” Wydner says. “Very grass-roots. I’m amazed that we got it done, to be honest, and I just want it to be something that gets bigger and better [in years to come].”

The album itself is a riotous collection of timeworn Christmas classics that have been revamped with all the energy and originality of the groups that conceived them. From a hard-rock version of “Carol of the Bells” to a punkinfluenced, darkly bad-ass rendition of “We Three Kings,” this album has everything that a classic holiday album does not.

The extreme variation speaks directly to the collectiveness of the project itself: The musicians of Voltron had never played together before, and the resulting spontaneous creativity is apparent.

“‘Carol of the Bells’ was just five guys who knew each other who practiced a song for a few days,” Wydner explains. That said, Operation Voltron Christmas is a tour de force to be reckoned with— defenders of the Christmas-music universe, and beyond.