Figuring out the key to predicting awards beyond Best Picture. 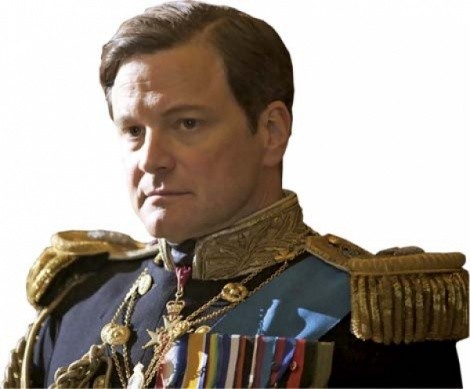 So if we’re all going to be picking the same likely winners in the showcase categories, what’s to separate you from your competitors in that Oscars pool you participate in every year? Or how will you impress friends at your Oscars-watching party?

Any awards ceremony can have its surprises that confound the predictions of the experts—just see the recent Grammy Awards win for Arcade Fire as evidence—and I’ll be the first to confess that my prognosticating acumen has varied over the years from spectacular to pretty wretched. Yet with just a little insight and inside information regarding the way to predict the less widely publicized categories, you can have that little extra something that might push you over the top.

Cinematography: Longtime Coen brothers collaborator Roger Deakins (True Grit) has never won, and received a lifetime achievement award at the recent American Society of Cinematographers awards. But at that same ceremony, Inception’s Wally Pfister took the actual ASC Award in the feature film competition. Was it just a wealth-spreading move? Recent history suggests the ASC isn’t a great predictor of the Oscar winner, and Deakins still feels like a way to recognize both his individual career and a movie that may not win anything else. The Pick: Roger Deakins, True Grit.

Film Editing: Trust this maxim: Unless there’s a nominee that’s an action movie or a multi-narrative epic, go with the Best Picture favorite, where there’s a historical matchup over the past two decades about 70 percent of the time. This year, with (inexplicably) no Inception to muddy the waters, that leaves a fairly wide-open field for The King’s Speech. The Pick: Tariq Anwar, The King’s Speech.

Costume Design: The past four winners in this category were Marie Antoinette, Elizabeth: The Golden Age, The Duchess and The Young Victoria—so if there’s one thing we know, it’s that the Academy looooooves the way royalty dresses. That should give The King’s Speech quite an advantage, except that the more contemporary setting—and having a male blueblood instead of a female at the center—reduced the opportunity for flashy couture. I may kick myself later for passing on the obvious, but the outrageous fantasy look of Alice in Wonderland could end up being more attractive to voters. The Pick: Colleen Atwood, Alice in Wonderland.

Sound Mixing/Sound Editing: The layperson generally doesn’t know the difference between these two, but follow these basic guidelines: Lean toward the critically respected spectacle for the latter, but the Best Picture favorite for the former. Just as eventual Best Picture-winner Slumdog Millionaire and The Dark Knight took these categories in 2009, respectively, look for The King’s Speech (in which sound is a major plot component) to take Sound Mixing and Inception (full of crucial sound cues) to win Sound Editing.

Documentary Short Subject: The Academy loves inspirational, and it loves a socially conscious message. So, the smart money would be on the story that’s inspirational and socially conscious. But this year there are two strong candidates claiming that double-whammy: Killing in the Name, about a Jordanian activist against Islamist terrorism; and Poster Girl, about a female veteran struggling with post-traumatic stress disorder after returning from Iraq. I’d be shocked if one of them weren’t the winner, and Poster Girl might feel just a bit closer to home. The Pick: Poster Girl.

Animated Short: Plenty of curveballs historically in this category; don’t assume Pixar (Day & Night) has it locked down. The stylized satire of Let’s Pollute! could certainly appeal to voters the way Logorama (in which City Weekly’s logo actually had a “cameo”) did in 2010, while Madagascar: A Journey Diary offers a fascinating variety of animating styles in one package. But, I just have a weird hunch about the intriguing, melancholy The Lost Thing that I can’t quite rationalize. You know what? I’m not even going to try to steer you with this one. The Pick: ?

Original Score: If there’s one thing I believe in this year’s Oscars, it’s that Trent Reznor and Atticus Ross’ score for The Social Network is a subtle masterpiece of capturing tone and theme. So there’s no way it will win. The King’s Speech juggernaut will roll on with a victory in this category, since its music works independently on a CD in exactly the way that a great soundtrack actually shouldn’t. The Pick: Alexandre Desplat, The King’s Speech.

Or I could be completely wrong—which would make this year’s ceremony much more interesting.