Scientists prove ball lightning exists! Can UFOs be next? 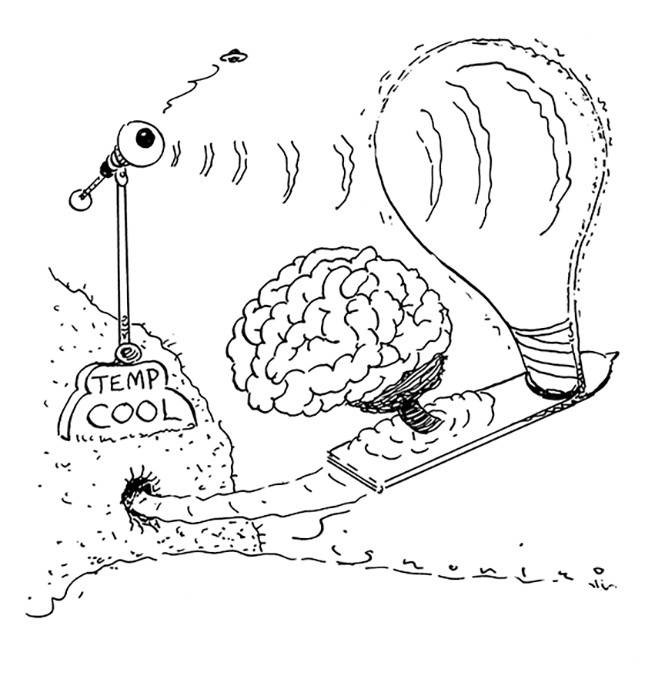 Years ago you wrote that, despite extensive research, scientists were skeptical that ball lightning really existed. I just learned that Chinese researchers have captured it on video, proving it's real. What's more, I'm hearing ball lightning isn't all that rare; it's just that trained observers have been reluctant to report sightings for fear of ridicule. Doesn't it stand to reason the same is true of UFOs? The search for extraterrestrial intelligence assumes that with the vast number of planets out there, intelligent life is bound to have evolved somewhere. Isn't it logical to believe we have, in fact, been visited? —Liam Wahlborg, San Francisco

It's true that the field of ball-lightning studies has busted wide open since that Chinese footage emerged in 2014—not only have we now all seen the thing, we've got spectrographic readings to test theories about what it actually is. So, sure, why not aliens? As you say, one prior constraint on the conversation surrounding ball lightning might well have been that, given the scant evidence for its existence, scientists were reluctant to take it seriously in public, even if they'd seen it themselves—it'd be like claiming to have spotted Bigfoot. Or, indeed, a UFO.

This fear of stigma is apparently out there, or at least was. An early-'70s survey of members of the American Institute of Aeronautics and Astronautics returned reports of sightings of unexplained flying objects, and even some scientists professing their belief that UFOs were "real," but these were anonymous responses. Peter Sturrock, emeritus physics professor at Stanford, has said that, back then, many colleagues privately expressed interest in seeing high-level UFO research but figured no peer-reviewed journal would ever publish it.

Things have changed since the pre-Close Encounters era, though—but, more on that later. To back up: The logical question you refer to is known as the Fermi paradox. The gist is basically that, given the vastness of space, it seems almost impossible there isn't life out there, and given enough time, any civilization should be able to figure out interstellar travel—yet we've neither observed alien life nor been visited by it (so far as the government is letting on, anyway). How come?

Possible answers run the gamut from "We haven't found them because they don't exist" to "It's in the nature of intelligent life to eventually destroy itself." Humankind is doing an efficient job of creating a test case for the latter proposition, and some thinkers have linked Fermi's paradox with climate change—we might wipe ourselves out before we make it to Alpha Centauri. Could this be the case with every other advanced civilization? As a July article in New York magazine put it, "In a universe that is many billions of years old, with star systems separated as much by time as by space, civilizations might emerge and develop and burn themselves up simply too fast to ever find one another."

On the other hand, we might hear from Alpha Centauri yet. Earlier this year, two scientists proposed an explanation for the strange space phenomenon of fast radio bursts, fleeting but ultra-high-powered blasts picked up by radio telescopes. Adding to the already numerous theories about their origin, the new paper suggests FRBs might be "beams set up by extragalactic civilizations" to provide power to light sails—reflective panels that can be propelled through space by a stream of photons. An occupied craft, the authors argue, could travel this way at high speed with an FRB-size energy beam to push it along.

This paper, we'll note, comes out of the Harvard-Smithsonian Center for Astrophysics and was published in the highly legit Astrophysical Journal Letters, which suggests any concern about credibility problems hindering the search for alien life might be misplaced. While the stock mainstream perception of UFO believers as crackpots remains stuck in the '70s, there's serious scientific work being done. And serious money behind it: Check out Breakthrough Listen, a decade-long project begun in 2015 and funded to the tune of $100 million to search the skies for alien signals. Perhaps hoping to hedge their bet, the Breakthrough people are putting another $100 million into developing mini space probes driven by, yup, light sails.

In other words, we're way past flying saucers. An even more recent paper has addressed the Fermi paradox with this reasoning: A. advanced civilizations will eventually go post-biological—that is, leave these meat suits behind and upload their brains to the mainframe; but B. the continually cooling universe is still a little too hot right now for computers to run at top efficiency; therefore C. these civilizations are in estivation (the hot-weather version of hibernation), lying dormant till conditions are right for optimal hardware performance. That's why they haven't flown over to say hi.

Given the timeline on which the universe will cool to their desired range, it's safe to say we'll be long gone. But the authors suggest that might be no obstacle to making contact: We could figure out some way to provoke the sleeping civilizations—say, by dispatching a probe to go mess with their stuff. Can't imagine what could go wrong with a plan like that.