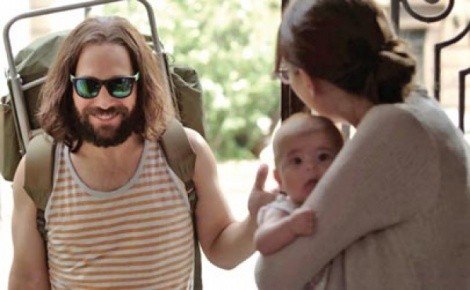 We all bring certain baggage to movies, and here’s one of my too-big-for-carry-on pieces: I hate holy fools. Film history is full of stories about cynical and/or Type-A people whose lives are changed for the better through their experiences with plot devices in the shape of a simple-minded person. Your Rain Mans and your Forrest Gumps charmed audiences, sure, but largely on the basis of the brutally anti-intellectual notion that real wisdom only comes from the mouths and hearts of those who aren’t all about the book smarts. Thank heaven for something as subtly caustic as Being There, which treated the elevation of simplistic homilies with an appropriate level of disdain.

A movie called Our Idiot Brother feels a lot like a journey toward that same treacherous territory, following a beatifically smiling dunderhead as he touches relatives in the middle of their foreheads so that they may be opened to true happiness. But fortunately, it’s a bit more complicated than that, because Ned (Paul Rudd) isn’t an idiot. And it’s surprisingly charming watching even a fairly formulaic comedy that revolves around the radical notion of being fundamentally decent.

Admittedly, he’s the kind of character who’s usually set up for easy laughs—a shaggy-bearded “bio-dynamic farmer” so easygoing and guileless that he sells marijuana to a police officer in uniform, just because the guy said he was having a rough week. After eight months in prison for a $20 sale—there’s a prosecutor we can all be proud of—he finds that his girlfriend (Kathryn Hahn) won’t let him return to the farm, or even take his beloved dog Willie Nelson.

So that leaves Ned’s care and feeding in the hands of his three sisters: Miranda (Elizabeth Banks), a high-strung magazine journalist looking for her first big break; Liz (Emily Mortimer), an over-protective mother and housewife married to haughty documentary filmmaker Dylan (Steve Coogan); and Natalie (Zooey Deschanel), a bohemian bisexual unsure about her commitment to her girlfriend (Rashida Jones).

Director Jesse Peretz (The Ex) and his sister/collaborator Evgenia Perez (who co-scripted with David Schisgall) are certainly guilty of setting up some pretty easy pieces to knock down. Miranda is so focused on jump-starting her career that she’s unable to recognize a potentially awesome romantic partner in her neighbor/guy-pal (Adam Scott); Liz is the kind of hyper-controlling parent who steers her 7-year-old son (Matthew Mindler) away from YouTube and karate lessons and toward obscure musical instruments and interpretive dance so he can ace his interview for an exclusive school. Admittedly, you don’t often see bisexual would-be monologists panicking over moving in with their gay lovers, but Natalie never feels like a great fit for Deschanel’s wide-eyed pixie stylings. The sisters are around primarily to represent neurotic urban sophisticates who need to get over themselves and learn a lesson or three.

If Our Idiot Brother winds up endearing rather than aggravating, it’s almost exclusively thanks to Rudd’s Ned, and the particular kinds of lessons he has to offer. From the opening scene—in which Ned sneaks a girl a bowl of strawberries from the farmers market produce stand he’s operating—he moves through the world on a basic level of trust and consideration. But he’s never an actual idiot; when he realizes Dylan’s “it’s all perfectly innocent and for the art” explanation for why he was naked with the ballet-dancer subject of his documentary is a lie, he’s sheepish about what his sunny world-view keeps him from recognizing. Rudd gets great mileage out of Ned’s radical sincerity, including a terrific scene in which he politely withdraws from a three-way with a swinger couple at a party. While many of Rudd’s other roles have cast him as the savvy hipster himself—he was on the other end of the “holy fool lesson-learned” experience in Dinner for Schmucks—he’s utterly winning as a guy for whom nothing matters more than other people being OK.

It’s evidence of how good Rudd is that the cynicism I’d ordinarily bring to Our Idiot Brother’s structural flaws was largely nudged aside by affection for the character. Film storytellers don’t have to assume that only intellectual disabilities can inspire a perspective shift. It really only takes a little more unconditional love.