Corporations running Medicaid could save the state money—but at what cost to people? 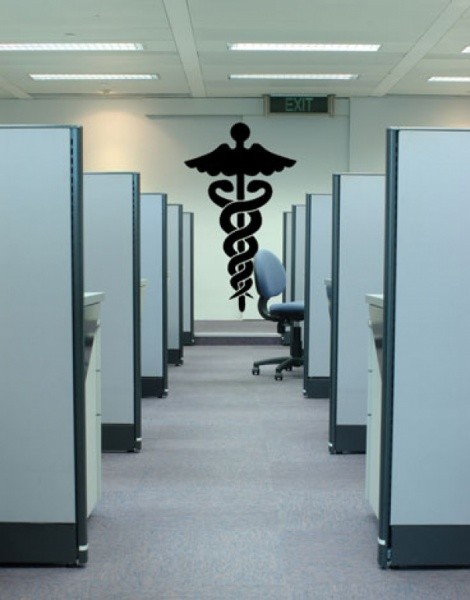 Some private companies are hoping a portion of the $1.7 billion spent on Medicaid in Utah each year will find its way to their corporate coffers. One of those companies, Affiliated Computer Services, told Utah lawmakers Jan. 19 that they could save Utah as much as $20 million per year by managing the system that determines Medicaid eligibility. Low-income advocates in Indiana, however, which ACS counts as a major success, warn that the company’s work in their state has been costly to taxpayers and painful to benefit recipients.

The issue of privatization in Medicaid—health-care funds for the poor and disabled—comes as Utah struggles with a $300 million to $400 million budget deficit created by the recession and expiration of federal stimulus funds. Though the federal government pays for most of Medicaid, the state pays about $520 million. Combining state and federal contributions, Medicaid accounts for about 18 percent of the state budget. About $45 million is spent determining Medicaid eligibility—performed by the Department of Workforce Services—a cost that doubled in recent years.

That cost, in particular, has prompted Sen. Dan Liljenquist, R-Bountiful, to seek “another throat to choke,” or a private contractor who can be fired by the state if things go wrong. He blames DWS for the increase. “[DWS] has been a failure on every account,” he says. With that in mind, Liljenquist and other members of the Social Services Appropriations Subcommittee heard pitches from executives from ACS, a division of Xerox, and other companies on how they could reduce state costs.

At the meeting, ACS officials claimed they could save Utah around $20 million through increased efficiencies and extolled the work they’ve done in Indiana. In 2006, Indiana signed 10-year contracts totaling $1.4 billion with IBM, ACS and others to both modernize that state’s eligibility system and operate it. “[Indiana’s] backlog is at an all-time low. Their timeliness is at an all-time high. Their quality is at or near an all-time high,” ACS chief operating officer David Bywater told the committee.

That’s not how all health-care advocates in Indiana see it. After a long, sardonic laugh upon hearing that ACS claimed success in Indiana, Mark St. John, the lobbyist for the Indiana Coalition on Human Services, said, “It was a disaster. … There were a lot of difficulties with the program.”

St. John complains Indiana’s contractors, including ACS—who took the state from a paper-based system to an electronic system—pay call-center employees too little, train them poorly and initially tried to remove “the human element” from social services.

“They tried to eliminate face-to-face contact, or minimize it, and it didn’t work,” says Josephine Hughes, the executive director of the Indiana chapter of the National Association of Social Workers. “When you take the human element out of it, you lose the whole reason [for social services]. … If you’re [determining eligibility only] in call centers, they can’t see this poor person who can’t see and is in a wheelchair.”

Hughes says Indiana’s system is working better now, but it took years of adjustment. The adjustments have been so controversial that Republican Governor Mitch Daniels fired IBM in October 2009, leading to a lawsuit between IBM and the state, even while retaining ACS and another contractor for $853 million. The initial confusion in 2006 about the change also led to a class-action lawsuit filed against Indiana. Finally, closing some county offices to improve efficiency proved so unpopular that Indiana started reopening shuttered offices in 2010 before they even finished closing all of them as planned.

Multiple ACS representatives said they would arrange an interview, but did not make a spokesman available by deadline.

Indiana refers to the newest system as a hybrid, one that uses the latest in modern electronic technologies, but doesn’t completely abandon face-to-face meetings.

Utah already has a hybrid model of call centers and opportunities for in-person meetings, as well as a modern, computerized system; indeed, Indiana started using the same software Utah was already implementing. Beginning in 2002, Utah spent nearly $80 million—70 percent of which was federal funding—implementing the E-REP system, an online- and telephone-based tool that helps determine applicants’ eligibility not just for Medicaid, but also food stamps and 12 other programs. Regional Workforce Services offices, however, allow people face time. In all, about 900 state employees work in the eligibility services system, says Workforce Services spokesman Curt Stewart.

Stewart defends DWS’s performance on eligibility despite rising costs of administration, which have reached nearly $45 million, up from about $20 million in 2007. He said the department has dealt with enrollment totals that doubled in many programs during the recent recession, even while they finished implementation of E-REP. Liljenquist blames DWS for taking too many years to fully implement E-REP, but Stewart says that slow process saved money. “DWS made this bold decision, which was unique in state government, that we would act as our own implementer … saving millions of dollars in vendor costs,” he says. “Just $80 million is a lot of money, [but] is a much lower price tag than comparables.”

Meanwhile, Utah health advocates, including Utah Health Policy Project executive director Judi Hilman, worry that switching to a private contractor would hurt aid recipients. “[DWS’s role] is to identify people who qualify for these programs, get them enrolled, and keep them enrolled,” she said. “As [E-REP] is starting work [and] we’re doing things that make it easier and more efficient for consumers to qualify for programs, there’s a paradox where maybe that’s not what people want to see. … I worry some of our leaders may not want to see consumers having an easier time getting into these programs, because that’s tantamount to growing government.”

Liljenquist bristles at that suggestion and says he’s committed to returning any cost savings in administration back to benefits for the needy. Liljenquist is also developing a complete overhaul of Medicaid, hoping to pay providers to keep people healthy rather than the current fee-for-service structure, which creates incentives for providers to do unnecessary tests and overmedicate patients.

During the appropriations meeting, Bywater claimed ACS could deliver millions in savings by training call-center employees to specialize in just one program and paying them less as a result, rather than training most or all employees on the intricacies of most or all the programs. But simply eliminating many positions also seems to be a part of their Utah strategy.

Rep. David Clark, R-Santa Clara, asked ACS representatives if recipients would still get face time with one particular eligibility worker who has already been working on their case.

ACS’s Bywater responded, “You’re assuming they interact with a person at all.”