Bypass the traffic and be on your way 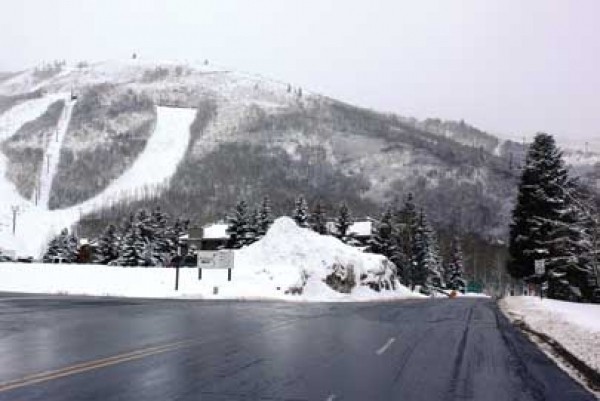 When Park City gets crowded, it gets very, very crowded—like between Christmas and New Year’s, just after the lifts close. Driving out of a resort parking lot is a slow, annoying crawl, tapping brakes all the way down the road, through town and to the freeway. Or worse, the crowd horror of Sundance a few weeks later (Jan. 17 to 27 this year): 10 days of bumper-to-bumper vehicles and shoulder-to-shoulder people everywhere, all of which turns the six miles from Kimball Junction to Main Street into a 45-minute drive—sometimes longer.

Many locals stay away. But that isn’t really necessary. The way Park City is built, there’s an abundance of shortcuts. You can use them to zip along on back roads, cutting through traffic and avoiding long lines of people dressed in black, waiting for their limo or a shuttle.

The secret is, Park City was built in layers. Before zoning laws got so protective, someone would build a small house, someone else would build another next to it, and the process would continue until a dirt “street” would be born to give access to all the homes. When that street became lined with houses, more homes would be built on the land behind it, and soon there would be another line of houses and another dirt street.

But as construction continued to climb eastward and upward, the proliferation of multiple narrow roads became a problem. Residents were forced to travel all the way back down their little street to get to a larger street that would take them into town. So, convenient alleys were built, allowing people to cut through the rows of houses. This gives those in the know a quick way to maneuver through congestion when Park City is crowded. And now, as your holiday gift, I tell you of the very best shortcuts.

Starting at the very beginning of crowd avoidance: Don’t exit Interstate 80 at Kimball Junction. Instead, continue two miles and take the next exit, Highway 40. Turn right and keep going until you see Exit 4, for Park City. That wide, 50 mph highway will bring you out onto Kearns Boulevard, which will bring you to Park Avenue, Park City's main drag. You will have missed all the Kimball congestion, and are now less than a mile from the town’s major intersection—where you turn right to get to Park City Mountain Resort, left to get to Deer Valley, or continue straight to get to Main Street or Old Town. *

That whole area can be extra-congested during the week between Christmas and New Year’s. If you want to get to Main Street quickly, here’s the shortcut: Turn right as if you were going to Park City Mountain Resort. Take the first left, which is Empire; it goes past the resort on your right, then begins to climb upward. As you continue, the street will narrow. It will be barely two vehicles wide. Keep going, and banish all doubts. After less than a mile, you'll come to 8th Street, where you can turn left. There is no street sign saying it's 8th Street, but there is a bright yellow sign that says "15 miles an hour," which lets you know where to turn. The top part winds around, and then drops steeply down to Park Avenue beside the Town Lift. *

If you want to get to Main Street, turn right on Park, then left on Heber Avenue. That takes you to the lower end of Main Street, by the Kimball Art Center.

Finally, here’s a tip to avoid the terrible lines of traffic when the lifts close and it seems like every vehicle in Utah is filling the main drag. If you’re coming from Deer Valley Drive, do not turn right onto Park Avenue. Keep going straight as if you were going to PCMR; the resort will be on your left. If you’re coming out of the PCMR parking lot, don’t turn right to get onto Park Avenue.

Instead, turn left. Once past the PCMR parking lot entrance (or exit), the name of the street at the side of the resort changes to Silver King. A few hundred feet up Silver King is a stop sign. Turn right onto 'Three Kings.' A little less than a mile down that curving residential road, you will come to Thaynes Canyon Drive, where you can make a right turn that cuts through to Highway 224, the main road out of town. You will have avoided nearly all the resort congestion and can be merrily on your way back to Salt Lake. *

* This article has been updated from the print edition with new information about mileage and street signs provided by the author.

Get Out Park City