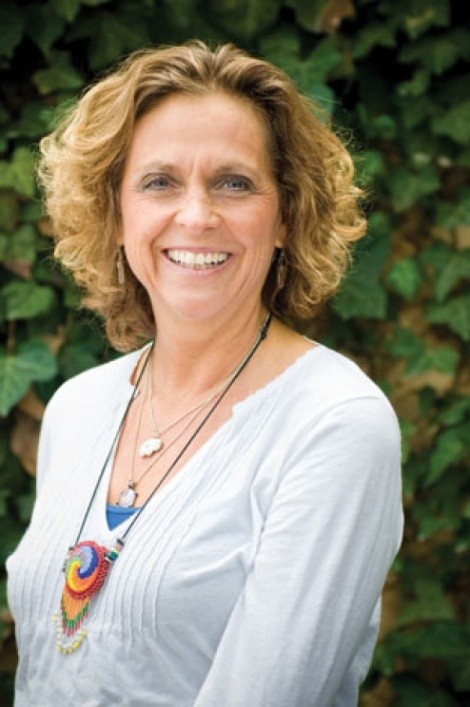 Janae Bird knew basically from the moment she was arrested in January 2010 at her Holladay spa and spiritual center that she wanted a jury of her peers to judge her case quickly, as is her constitutional right. The tantric healer was arrested for illegal massage, accused of touching the penis of an undercover cop during a tantric ceremony. Bird wants to lodge a defense based on religious freedom, but she’s had four public defenders assigned to her case in the last year—two who came and went without having enough time to meet with her. Now with her fifth public defender, she’s back at the beginning, retelling her long story of spiritual awakening and sexual healing to yet another attorney.

“To me, it’s a system of injustice,” says Bird, who goes by Jesse to her friends. “I feel I have been interfered with in this whole process of justice not moving forward. I’m ready to go to trial. … There would only have to be one rational person on that jury to see my innocence.”

Bird’s case—the way she wants to run it, with constitutional arguments and a jury trial, not just a plea bargain—is more complex than many cases that hit the misdemeanor justice court where traffic violations are common. Bird, too, is considerably more complex than the average defendant: The former Mormon-cum-Mormon fundamentalist polygamist-cum-New Age healer is seeking religious protection based on a milieu of religious practices and beliefs both ancient and contemporary [see “Sexual Healing,” June 3, 2010, City Weekly].

In January 2010, the undercover Salt Lake City vice cop signed paperwork at Bird’s Heartsong Healing Center in Holladay, claiming he was joining Bird’s Church of What is Real for $100. After that, Bird began to perform the Ananda Nirvana ceremony, which is a complete body-work rub-down, including opening of the sexual chakra. The ceremony often involves nudity and orgasm, but never intercourse. According to the police report, cops burst into the room after Bird touched the undercover officer’s penis twice, a violation of Utah’s massage laws. Bird sees sexual release as both spiritually and physically healthy and necessary.

Though she faces up to two years in jail for a class A misdemeanor for unlawful massage and two class B misdemeanors for prostitution and failure to disclose identity, Bird’s case is like the rookie league for the Salt Lake Legal Defenders Association. “Our misdemeanor attorneys are not misdemeanor attorneys for very long. Depending on attrition, they move out of the misdemeanor department to do felonies within 1 or 2 years,” says Patrick Corum, a misdemeanor section supervisor for the LDA.

But it’s not the rookie league to Bird. She has already lost her Heartsong Healing Center in a Holladay business-license revocation hearing. She’s spent a night in jail. She’s been to court seven times already and she’s still at a preliminary stage in her case. Despite job opportunities elsewhere, the charges keep her moored to Utah with balls and chains that exist only on paper but are no less burdensome.

“I went to court [April 12] and it was supposedly my preliminary hearing,” where witnesses are heard and the prosecutor’s charges must be legitimated, Bird says. “I’m all gung-ho, let’s just move this forward [to trial], and then I’m given this new attorney … who has not even looked at my files, which are now six inches high because I have so much evidence. … [The attorney] was frazzled. She had gotten at least a dozen cases dropped on her desk that morning for preliminary hearing. I was just talking to these defendants [also newly assigned the same attorney] who were just outraged. You could feel it.” Bird’s hearing was canceled and rescheduled for May 3.

Bird adored one of her public defenders who “spoke my language,” but the other attorney with whom she’d spent substantial time was unenthusiastic and refused to file a motion seeking religious protection.

Corum says the LDA tries to gracefully transition misdemeanor attorneys onto new duties in felony cases, but it can’t always work that way logistically. Sometimes, numerous open cases are left for an up-and-coming public defender to adopt mid-case. That also happens when an attorney quits.

“I wouldn’t say [Bird’s experience] is normal, but it is not unusual,” Corum says. “I don’t think any time you have multiple attorneys the situation is ideal—I’m not going to argue that—but it is partially the nature of the system and the way it’s set up that we do not, in the misdemeanor department, have [consistent] representation.”

And what about Bird’s insistence on a speedy jury trial, which the Constitution guarantees her? “Each case is completely different. Some cases can be handled very quickly; others take time,” Corum says. “It also depends on court schedules. When the next court date is four months out, there’s not a whole lot [a defense attorney] can do to move it along faster. The court system itself treats misdemeanor cases as second-class, so that’s a big part of it.”