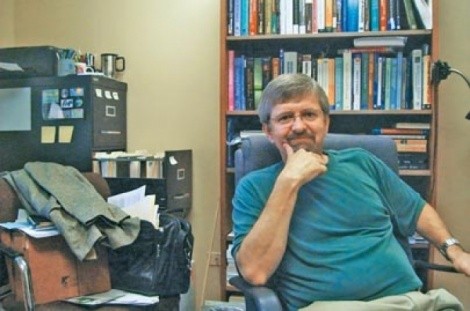 Michael Stevens, chairman of Weber State University’s department of business administration, has taught courses in organizational behavior and group psychology for 25 years. After coming to Utah in 2008, he saw his students score almost twice as high for having passive-aggressive conflict-resolution styles as his students in other regions. Stevens presented his research paper “Passive Aggression Among the Latter-day Saints: Evidence From the Wasatch Front” at the Sunstone Symposium earlier this month.


Why do you say we should retire the passive-aggressive label?
It communicates the wrong idea. If we really want to understand what passive aggression is, we should call it passive contempt, or passive hostility. When you try to avoid conflict, it’s really contempt for the other party. You have no desire to work with them. And sometimes it’s contempt for yourself. You’re not going to assert your needs, your wants, your interest. What happens if we subordinate our concerns, our hopes, our fears, our aspirations? In the long run, it’s disastrous for us, in terms of our emotional and psychological well-being. It destroys any kind of authentic, honest relationship we have with others, because we grow to resent it.

I was taught that “contention is always wrong, even if you are right.”
There’s very clear empirical research that shows that the right kind of conflict, managed in the right way, is very healthy. And to stifle all conflict, regardless of the motive, is usually a very unhealthy thing to do. So the idea of contention, I would say, is conflict that’s hostile and dysfunctional, where you try to impose a solution that they disagree with. Contention is when you deal with conflict in an ugly, nasty, hostile, overbearing and contemptuous way. But that’s not the only way. There are healthy and constructive ways of dealing with conflict. But if you conflate any conflict with this ugly, negative contention, it doesn’t leave you any option than to stick your head in the sand and avoid the whole thing.

So should I stop posting angry, anonymous signs at work?
Managing people through memos and policies and rules is always a huge red flag that passive-aggressive behavior is running amok in that organization. You’ll see people who are unhappy that somebody uses the microwave in the lunchroom and leaves it messy. And instead of dealing with it in a constructive way, there’s a sign that says, “Whoever is the thoughtless SOB who’s leaving this microwave a mess needs to …”

Does the practice of public sustaining votes in the LDS Church create a passive-aggressive culture?
Where on Earth do you have to stand up and justify your dissenting vote to the people who held the vote? What countries or places do you have supposed votes where the proposition is always passed with 99.99 percent of the vote? Totalitarian regimes, where the message is very clear—you obey, you submit. If you live in this culture that has this confusion between conflict and contention, and you’re told over and over again that you have no right to question, you just have to bow your head and vote yes. What kind of response does that condition in the members of the culture when it comes to dealing with conflict? You don’t stand up and challenge; you just drop your pen so you don’t have to vote and go along with it. Or you tell people, “Yeah, I’ll be there on Saturday,” and then you don’t go.

You say that a group that makes difficult decisions quickly and easily is a sign of deep dysfunction. How so?
If you don’t confront the person that you disagree with or have an issue with, your disagreement doesn’t go away. What happens is we try to find alternative, subversive, indirect ways of still getting what we want. So that’s why the tactics of passive aggression are often ignoring but coming around when the other person isn’t looking, to try to manipulate them in a subversive kind of way. It really is unhealthy.

How can someone start being assertive without coming across as a jerk?
When we talk about people who go to the gym and are lifting weights, they’re in conflict with gravity. Yet they do it in a healthy, constructive, controlled way, and it’s good for them. The healthy kind of conflict, unlike contention, which is hostile and contemptuous, is, “Look, we disagree on this. We can still respect each other. Let’s figure out a solution that doesn’t necessarily subvert my interests for yours, or yours for mine. Let’s come up with some solution that neither of us thought about, that could work for both of us. Or, if that’s not possible, let’s figure out a way that we can split the difference and feel like we’ve been treated with fairness.”

What is the ideal conflict-resolution style?
Collaboration would be ideal, but it’s beyond the skill sets that most people have. So compromise is a healthy alternative. Compromise is a more equitable form of competition. Competition is “I don’t care what happens to you. I’m just out for myself, and I’m going to assume you’re doing the same.” Compromise is when two people who are competing realize that beating each other up increases the risk that both end up dead. Compromise is the more likely strategy that people use when they feel that the alternative, open hostility and winning everything at all costs, isn’t worth it. Compromise is giving a little. At least we can feel like we’ve got some measure of fairness. Most people in most social situations, if they believe that they have been dealt with with an appropriate level of fairness, can live with that.

Is knowledge the first step to recovery from passive-aggressive behavior?
You have to develop emotional self-regulation, empathy, good communication skills—which is a broad sweeping label, but when it comes to conflict resolution, the best problem solvers do the least talking. They create an environment where the other party to the conflict feels like they can open up and share what they are frustrated about. [They have] the ability to give people the benefit of the doubt, that they really aren’t idiots and morons; they have perfectly sensible reasons why they think what they do and why they are operating the way they are operating.

Those kinds of skill sets—self-awareness of your behavior on others, understanding and sizing up your behavior for what it is, understanding that if you are submissive and a Dora the Doormat, self-awareness recognizes that’s not healthy submission, that’s not Christlike submission, and then moves on to self-regulation. Emotional self-regulation is the hardest when you’re in the middle of conflict, in the heat of the battle. That’s when you need self-regulation the most, and that’s when it turns out to be the most elusive and the hardest to find for people. That’s what makes it hard for people to be good at conflict resolution in that moment, when they need to step back and say, “OK, let’s do this constructively,” instead of responding emotionally out of anger or fear or anxiety.