A former sex worker’s encounter with the criminal-justice system ended well, but she says all is not well with prostitution in Utah 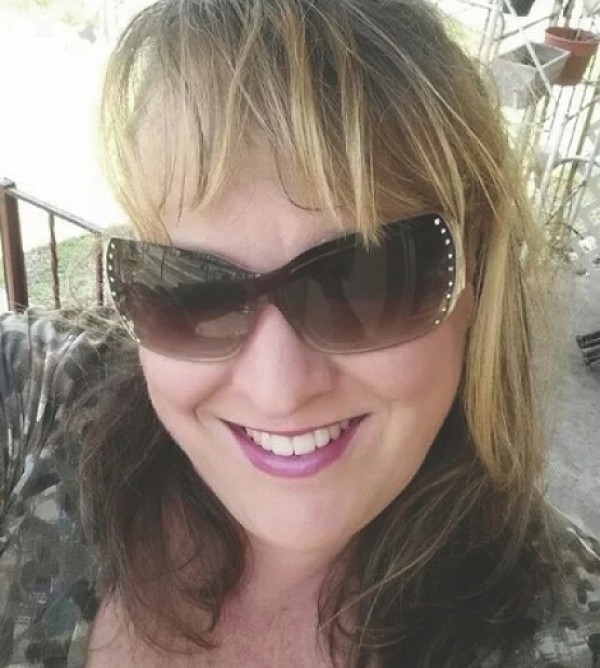 Crosson’s organization, RockStarr Ministries, has representatives from Atlanta to Los Angeles who give trafficked women an ear—and even some spaghetti—when they need it most.

But over the past weeks, it was Crosson who needed a lifeline.

Crosson herself was a prostitute for two decades. It was a path that was paved incrementally, she says, starting innocently enough but, inch by inch, growing into sex work. And her attempts to get out seemed to land her back where she’d started.

In 2008, Crosson was arrested during a police sting at a Marriott Hotel in Provo. In addition to having her collarbone snapped after police emerged from an adjoining room and tackled her, Crosson racked up sex-solicitation charges and thousands of dollars in fines.

After the arrest, Crosson, who was raised in San Diego and came to Utah in 2007 to try to escape her pimp and recover from a gunshot wound inflicted by a john, attempted to right her life. She joined the LDS Church and got honest work. But whenever she couldn’t come up with enough cash to pay her fines, a warrant was issued and she was tossed in jail.

Eventually, her pimp tracked her down. He wanted her to get back to work. When she refused, Crosson says, he beat and raped her. She went to her bishop for help and, with assistance from other church members, relocated to Texas.

Crosson has come a long way since then, and in 2013, she founded RockStarr Ministries (RockStarrMinistries.org), which, in addition to helping lend a hand to women looking to break free from sex work, organized a 13-city condom distribution event to reach out to sex workers.

There are many ways to deal with the problem of sex trafficking, but Crosson feels that taking meaningful steps to reduce demand would be most effective. That, though, would mean shedding light on the men who frequent prostitutes—and Crosson says, that clientele often includes “middle-upper-class white men,” like “politicians, doctors and pediatricians.”

“If there isn’t the demand, there won’t be a supply,” she says.

Crosson says Sweden has had success reducing prostitution and sex trafficking by instituting swift and severe penalties on those who purchase sex.

“We really need to look at how we punish this crime,” she says. “You’re only being punished if you’re the one being trafficked.”

Dealing with that punishment is something she knows firsthand. Crosson’s Utah warrant had hung over her head, forcing her to look over her shoulder whenever she came to Utah, leaving a black mark on her attempts at recovery.

In April, Crosson came to town to attend the LDS Church General Conference meetings. But while here, she called the court and scheduled a hearing with a judge.

“I wanted to come back and face the music,” Crosson says. “I was just tired of running.”

The penalty for the outstanding warrant was a mandatory 180-day jail sentence, and Crosson says that while she wanted to avoid this outcome, she was prepared to be thrown in jail.

But that didn’t happen.

Deputy Utah County Attorney Kelsy Young says Crosson’s attorney, Keith Hamilton, and Judge Stevan W. Ridge agreed to reduce the charges to disorderly conduct, and the more than $1,000 in outstanding fines to $500. This kept Crosson out of jail and ensured she wouldn’t have to register as a sex offender.

Hamilton called the outcome “miraculous,” and says he admires Crosson for coming back to Utah to face the charges. “This allows her to go forward and to be able to come back to Utah,” he says.

Crosson’s advocacy work could find a home in Utah sooner rather than later. She says sex trafficking is “going on here so badly that it makes me sick to my stomach.”

Though some progress has been made in the Beehive State to loosen the punitive noose on those who are trafficked for sex, Crosson says much remains to be done.

Less than a month ago, Gov. Gary Herbert signed into law House Bill 254, which protects a minor from being funneled into the criminal-justice system on the first prostitution offense.

Most states have adopted similar “safe harbor” laws, though many states have taken it a step further and also offer protections to trafficked adults. Some states, Crosson says, expunge criminal records of sex workers that were racked up before the new laws were passed.

Chipping away at misconceptions is an uphill battle, though, and one that soon will be lacking a crucial ally in the legislature.

Rep. Jennifer Seelig, D-Salt Lake City, who sponsored HB254, won’t be returning to Capitol Hill next year. She says she’d like to see the law amended to include adults, but is also proud that Utah now offers a safe harbor law for minors.

“One of the rationales behind just focusing on children relates to incremental success,” Seelig says. She notes that misconceptions run deep even with fellow legislators, one of whom told her the bill would be akin to giving children a “first bite at the apple of engaging in prostitution.”

Seelig says, “It’s about people understanding the nuances about what happens to people in order to go down this path.”

Prior to her court hearing, Crosson spoke to a Salt Lake Community College class about her experiences as a sex worker. LaShawn Williams, an adjunct professor at SLCC who teaches the course, says Crosson’s speech was “moving.”

“It struck a chord with lot of my students,” she says. “They left that class meeting empowered with knowledge knowing how to make changes just by hearing Laurin’s story.”

Crosson is happy that she’ll be around to lend a hand to other people lost in the world of human trafficking.

“When you are ready, and you will be ready, or something happens and you’ve been raped one too many times,” she says, “that’s when RockStarr Ministries comes in. No matter what the situation is.”