Computer gaming has its charms. 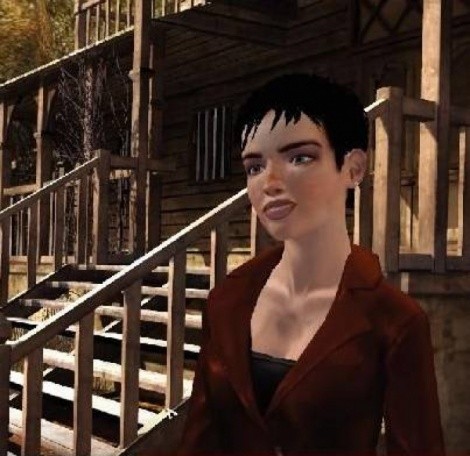 I’ve always been a console guy. From Atari to Nintendo to Playstation to Xbox, my transition from one gaming system to the next never really included my PC.

I didn’t have a computer as a kid, and I couldn’t exactly ask my mom for one so I could play games like Leisure Suit Larry and Stroker. My first contact with PC gaming came in the mid-90s, when a roommate got a computer and an NCAA Football game from EA Sports. It was a great game, but games like this were much better suited for console gaming.

That’s also when I realized all the great titles out there for the PC—games like The Sims and various strategy and story-based games. I once played a game called Tender Loving Care that was so involved—and so creepy—that thinking about it today still gives me the shivers. I never experienced such a complete immersion from a video game until that point. It was rewarding to put the time into something like that. That’s always been the lure of PC gaming over the console variety, and why millions play Worlds of Warcraft every day.

But PC gaming isn’t as popular as it once was. There is still an audience for it, sure, but it’s not the only place you get in-depth titles and massively multiplayer games. Thanks to the Internet connections on your consoles, you can do it from there. PC game sales were down 14 percent between 2007 and 2008.

Don’t call it the death of the PC quite yet, though. According to CNET.com, $13 billion were spent on PC games last year, compared to $32 billion in console sales. First, marvel at the impressiveness of the video-game industry’s earning power. Then, think about this: Most PC games cost a whole lot less than their console counterparts, between $19.99 and $39.99. Let’s not even dare bring up how much console games are running you these days.

There are downsides as well. You need to invest a whole lot more cash into a decent gaming PC than you do in a console. A new Alienware desktop can start at anywhere from $1,500 to $1,700. Not that you have to spend that much but, if you’re going to spend time gaming on a PC, shouldn’t you make the experience worthwhile? And, that startup cost presents a serious drawback for a lot of people.

There are still a lot of great PC titles, some of which are available in both console and PC formats. It can be a lot more reasonable, price-wise, to download it directly from the manufacturer than to buy it in a store for your PS3. The massive online DC Universe allows you to fight alongside your favorite superheroes and villains as well as create your own super or not-so-super character. Other PC standouts include Memento Mori, Still Life 2 and the much-anticipated post-apocalyptic Pittsburgh add-on for Fallout 3.

While it may just be a personal preference, I can’t imagine playing games like Madden or Grand Theft Auto on anything other than a console. But, when I want to get deeply involved in a game—spending some quality time with a really intricate title—there’s nothing like sitting back with your PC, a cold drink and an adventure so involved that I need my PC’s brain and my comfy desk chair to get through it. Regardless of how much more popular consoles get, they’ll never match that magic.

I’m generally wary of movie spin-off games. I’m really wary of games that are animated movie spin-offs. Add the fact that it’s an animated movie about guinea pigs voiced by Tracy Morgan and normally I’d never get close enough to even see the box art. But, this one’s not bad. It’s not clunky like most such titles are, and the fighting is pretty good. But, what I really liked here were the noodle-scratching puzzles. You’ll see movie-based games—and your rodent pets—in a new light.