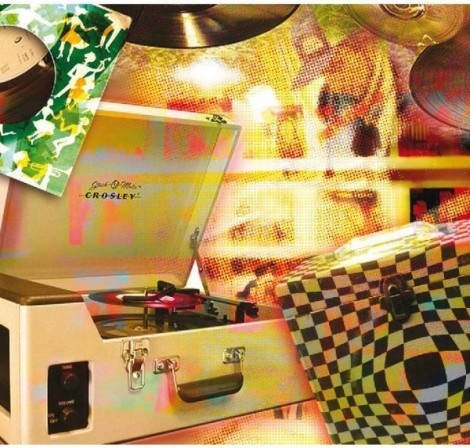 When’s the last time you stepped inside a record store? It may have been a while if you’ve been getting most of your music online. But remember, there once was a place you used to go and actually pick up an album or CD and hold it in your hand, imagining what wonders lurked beneath the shrink wrap and sharing the experience with other customers searching for that certain sound.

With Record Store Day, indie record stores are taking April 18 to remind us of that passion many of us have perhaps forgotten in our rush for instant Mp3 satisfaction. Two years ago, a small group of independent record store aficionados started the promotional event inspired by comic bookstores’ Free Comic Book Day. Metallica officially kicked off the first Record Store Day at Rasputin Music in San Francisco on April 19, 2008 and Record Store Day is now celebrated the third Saturday every April. More than 700 stores across the country are participating.

Local outlets are getting involved for the second time, and Jon Tueller, promotional director of Graywhale, says the event isn’t to save indie stores but to celebrate them: “As much as the media says we’re doing badly, last year we sold more titles than ever before.”

A nna Brozek, who operates Slow train Records in Salt Lake City with her husband Chris Brozek, concurs, noting, “In an industry with a lot of alternatives— and we are constantly reminded how dismal our future is—a lot of us are not just surviving but thriving. Last year, Record Store Day was our best day ever, financially and emotionally.”

Record labels are supporting Record Store Day with exclusive releases and other promotional material only available that day, and the same items are distributed throughout stores in the area: “Ten to 15 years ago, indie stores competed against each other,” recalls Tueller, “but then five years ago, coalitions started to form in cooperation with each other.” Small retailers began to recognize that their biggest competition wasn’t each other but large chain stores like Walmart with its exclusive Guns N’ Roses release.

The music market has changed, and indie stores have adapted. “I sell less music but more merchandise,” says Kevin Kirk, owner of The Heavy Metal Shop in Salt Lake City. His store apparel—particularly the trademark black hoodie— has skyrocketed in popularity, thanks to groups like Slayer and other national bands donning it the world over. “Lots of bands are in the same situation. Mike Cooley (Drive By Truckers) said it best: ‘CDs are a promotional tool now.’” Record stores have expanded to sell DVDs, books and even video games, but it’s all part of the pop-culture marketplace, Graywhale’s Tueller contends.

“In an industry with a lot of alternatives—and we are constantly reminded how dismal our future is—a lot of us are not just surviving but thriving.

Record Store Day celebrates local music retailers, and area stores are all having live music as well as other activities.

“We are much more than a music retailer; we’re a community forum and a place for new bands to develop,” Anna Brozek says. Bands like Fleet Foxes, one of the most popular bands of last year, started with word-of-mouth buzz from small retailers. And local bands gain exposure through events like Slowtrain‘s weekly Monday-night showcase of local talent. Most independent record stores also specialize in local CD sections customers won’t find at any of the big-box chains. “It’s also about supporting local businesses,” adds Chris Brozek. “And a chance for us to give back.” Businesses near Slowtrain on 300 South including Ken Sanders Rare Books are also getting in on the fun with sidewalk sales and other activities.

The growth of Record Store Day demonstrates that the indie record store isn’t an artifact, but a dynamic entity. It‘s an experience you can‘t get anywhere else. “Our employees are passionate about music,” Tueller explains. “[They can] help you find what you want.” And if it’s been awhile since you’ve set foot in a record store, Tueller reminds, “it’s a chance to rediscover your love of music.”