Nearly 25 years since its release, Liz Phair's watershed debut Exile in Guyville is essential and ageless. 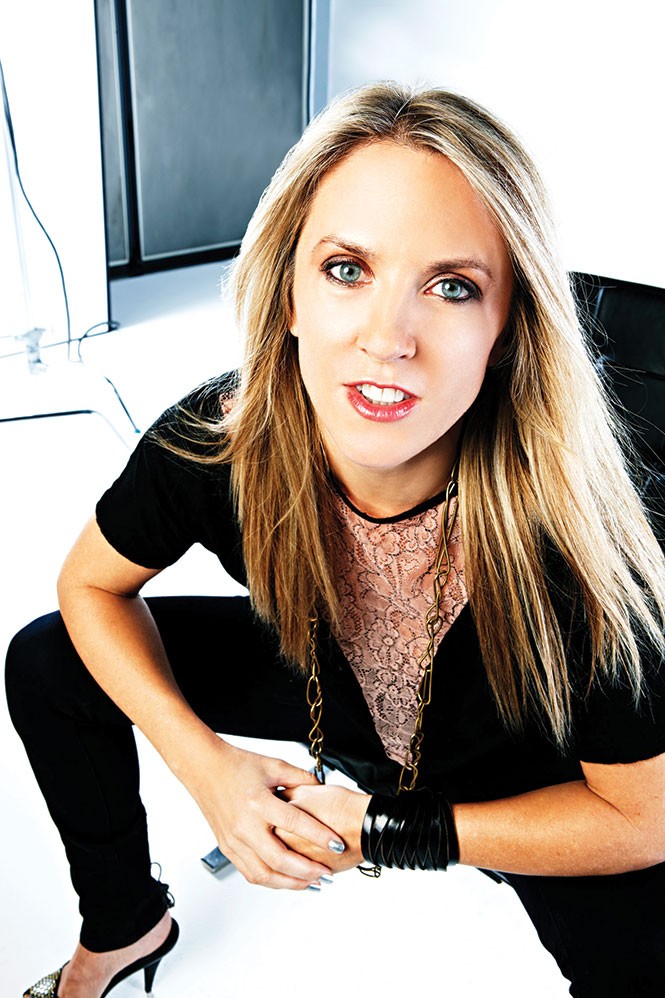 The year 1993 conjures up a very specific musical vision: hordes of flannel-wearing, hair-thrashing dudes moshing to over-amped grunge music. Amidst all this testosterone, a 26-year-old woman from Chicago threw an unexpected curve into the cultural mix: Liz Phair's debut album, Exile in Guyville (Matador), became a surprise indie rock hit. Now listed by Rolling Stone magazine as one of the 500 Greatest Albums of All Time, Guyville made Liz Phair an indie music icon.

Male sexuality depicted or referred to in pop music has long been a metaphor for an outpouring of creative expression. Early '90s alternative rock was populated with plenty of Soundgardens, Alice In Chains-es, Pearl Jams and lesser bands, some of whom wrote empathetically about female experiences—but the live concert experience still largely resembled a frat party.

With Exile in Guyville, Liz Phair upended the stereotype of masculine sexuality, not only as metaphor, but also as stimulus for creativity. Feminine desire, and sometimes domination, was the fuel for these musical missives, diary entries under the guise of personae that weren't Phair specifically, but spoke for her, and spoke to the emotions of many women at the time, and still do today. The album was a lightning bolt of lo-fi rock that charmed as it skewered its subjects. The double album was a conscious response to the guys of the Chicago rock scene, including her friends in Urge Overkill, Smashing Pumpkins (for whom she is opening on their "In Plainsong" tour) and the larger alternative rock world, but also the proto-guys of rock & roll, the Rolling Stones, particularly their album Exile on Main St.

A rambling, discursive affair, Exile in Guyville was remarkably self-assured for a debut release. It seemed to mark the emergence of someone who was to be a major voice in rock music—which made it all the more puzzling when her releases in later years were greeted with critical and commercial indifference.

Despite the intensity and intimacy of her initial entry, she remains somewhat of an enigma, because of what came after. The follow-up to Exile—1994's Whip-Smart, with its title track and radio hit "Supernova"—was critically lauded and also sold well, but 1998's Whitechocolatespaceegg was only released after she added some more radio-friendly songs at the label's request. Her poppy self-titled Capitol Records release (2003) was widely panned, and Somebody's Miracle (2005), though a return to rock, didn't inspire the interest of her early work. In 2008, Exile in Guyville got a deluxe 15th-anniversary reissue, but 2010's Funstyle seemed like a creative nadir that caused Phair to lose her manager and record deal. She framed it, however, as an I'll-do-what-I-want statement.

The boys club of indie/alt-rock isn't what it used to be, and there are much more women making music, freer to express their sexuality through music. The '90s saw bands like Sleater-Kinney and the Riot Grrl movement, P.J. Harvey, the Breeders and more mainstream artists like Alanis Morissette addressing some of the same issues, but none had either the emotional subtlety or blunt language of Phair. In subsequent years, other female artists embraced Phair's brand of frank vocabulary: Naysayer had lyrics like, "Your dick is like a stick of pure beauty" and singer-songwriter Martha Wainwright had a song on her debut album titled "Bloody Mother Fucking Asshole."

What is the answer to the mystery of what happened after Phair's initial flash of brilliance? Was it a commercial sellout, some kind of carefully elaborated strategy? Or, perhaps an identity crisis? I think it can be accounted for by the idea that her initial impulse was so strong and obsessive that everything that followed could only pale by comparison. Many musical acts—from Lady Gaga to Miley Cyrus to Lana Del Rey—have since explored the roles of women in society, but they often feel more like marketing ploys than honest soul-searching.

As is often the case with true pioneers, Liz Phair's work feels incomplete and its influence not completely appreciated. Exile in Guyville exists in its own creative space. Nearly a quarter-century later, it's still something to reckon with, a deeply personal work that's absolutely necessary and timeless.