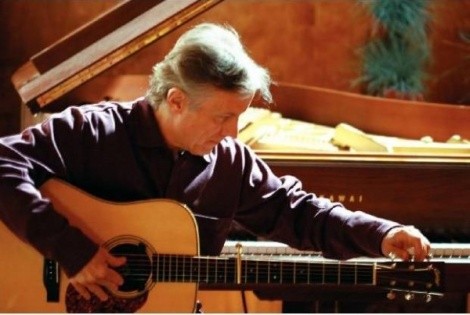 September 21-25 is Ethics Awareness Week at Utah Valley University (800 W. University Parkway, Orem, UVU.ed). As part of the Utah Democracy Project, composer and former Springdale Mayor Phillip Bimstein will speak on Tuesday, Sept. 22, from 1-2:15 p.m., at the Library Auditorium about composing a community in his “Springdale Sonata.” The talk is free and open to the public.

So how do you use concepts of music to influence how people interact with one another?

What I’ve done in previous work is interpret stories of community members— while staying true to the stories—but give some life to them. It becomes an enriching experience to help [the community] find common ground. The connection to music is that, in classical music, there’s a motion used called a “pedal point.” It’s a low, underlying tone that repeats itself while the harmony can change. That, to me, is common ground. Another element is skill. Apart from technical skills, musicians have relationship skills. Musicians must learn to let others take their turn and elaborate on what the previous person put forward. That’s participatory democracy in action. It’s an essential situation, particularly in community dialogue, for people to learn and apply some of those musicianship skills.

It has abrupt changes of rhythm. It has polytonality, meaning different keys. It has ostinato, which is repeated themes. And it has clashing dissonance. Well, Springdale had all of that. It changed on a dime from being in support of a golf course to suddenly everyone being against it. It had different views clashing that sometimes meshed. It had repeated themes by hearing the same thing from people over and over again. Some people threw a dead chicken in the former mayor’s lawn. That would be clashing dissonance.

Is Springdale’s story of uniting through the arts a model for other communities?

I guess it was a good model, but I’m sure there are other good models for us out there. But the important thing is the intention to establish common ground.

What will the sonata mean to a more general audience?

I hope it inspires some ideas for people to have better dialogue in their community and how to approach each other. But there are tons of books out there like that from a purely facilitator standpoint. I hope to come up with something that has a new dimension to it. The goal would be to improve the community and dialogue through better understanding of music. It’s a totally cross-disciplinary project.