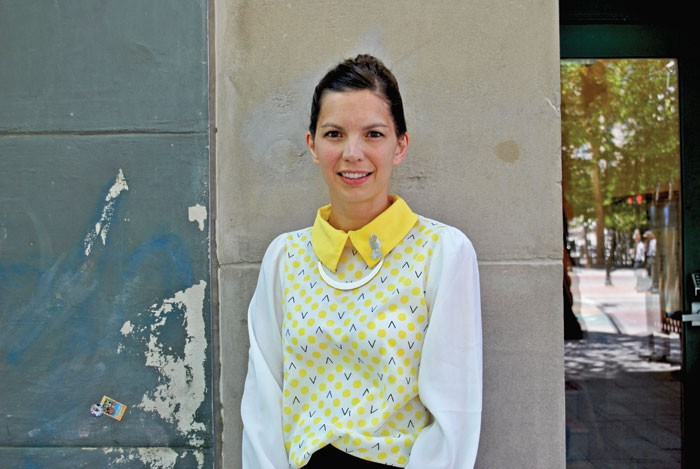 After Phoebe Beacham’s 7-year-old son was diagnosed with dyslexia in 2013, she was shocked by the lack of resources available to help him. But she did find Decoding Dyslexia Utah (Facebook.com/DecodingDyslexiaUT), a parent-run nonprofit. She and the group hope to raise awareness about the fact that 1 in 5 kids has dyslexia, according to the Yale Center for Dyslexia and Creativity, though many parents aren’t aware of it and many teachers aren’t sure how to help. The national Decoding Dyslexia organization recently held a march in Washington, D.C., in support of House Resolution 456; the Utah chapter will be hosting a dyslexia simulation at the Salt Lake City Main Library on June 27, and a march to the Utah Capitol to raise awareness June 28 starting at Memory Grove Park at 10 a.m.

What is dyslexia?
I visited Congressman Chris Stewart back in March or April, and the first thing he said was, “Oh, so it’s not seeing things backward?” It’s not a vision problem. That’s probably the biggest misconception. People don’t understand all of the different things that are affected by dyslexia and what it looks like. It’s not a comprehension problem, or a language-processing disorder; it’s how your brain functions. If your brain is trying to get from A to B, a dyslexic brain takes the long way around. They have the information and they know what they need to know, it just won’t come instantly. It’s delayed.

Numbers are difficult, too. That’s another thing; a lot of people just think it’s reading. I discovered my son had dyslexia because he almost had an inability to sequence. I didn’t know what was going on; it was almost that he couldn’t count.

How is dyslexia dealt with in schools?
Most schools do not have the resources or programs in place to help dyslexics. Very few places in Utah have them. They need intense one-on-one tutoring or to work in small groups; everything needs to be explicit and multisensory. For instance, my son had a very good kindergarten teacher. She did a lot of things that kindergarten teachers don’t do, but it still was not exactly what he needed. She had 27 students, with no aide. A lot of teachers know that multisensory techniques are helpful, and you have bits and pieces, but no one is doing them all together. They have to have all of it, and it has to be used with fidelity.

Who is involved in the Decoding Dyslexia organization?
All of us are moms with kids with dyslexia. We all have kids that have been diagnosed and some have kids who are at-risk who are too young for them to test. I have one that for sure is dyslexic, and I have a 5-year-old that I’m quite certain is. They can identify as young as 5 1/2.

What are the main goals of Decoding Dyslexia both nationwide and here in Utah?
We mostly want to raise awareness. We have three words that encompass what we focus on: advocate, educate and legislate. Some states have dyslexia laws and some states don’t; Utah doesn’t. Some states recognize dyslexia as a learning disability that requires additional resources; some states don’t even do that. As far as students identified versus statistically how many probably have dyslexia, there is a huge gap.

What are your plans for building awareness?
House Resolution 456 is about raising awareness; there are no mandates in it, there’s no money tied to it. It’s just kind of a wake-up call—we are struggling and we want you to recognize us.

Decoding Dyslexia is having a national event June 28 in Washington, D.C., to raise awareness for House Resolution 456. We couldn’t make it, so we are doing our own locally. We’ve incorporated an art contest, and we’ll also have speakers to talk about the struggles of dyslexia.

The day before, June 27, we, along with the Dyslexia Training Institute, are doing a dyslexia simulation at the Salt Lake City Main Library called Dyslexia for a Day. Anyone can register and experience what it’s like to live with dyslexia.