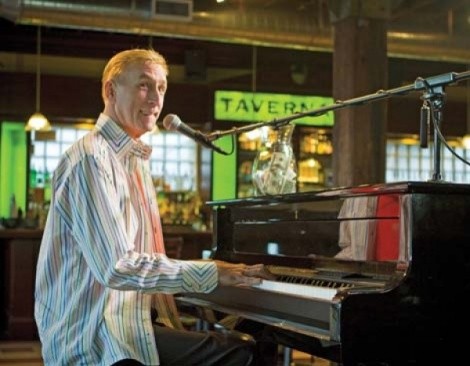 When Kirk Garrett leads an evening of all-request piano performances at the Tavernacle (201 E. 300 South, 801-519-8900), he has to deal with not only a wide range of compositions but also the occasional grope from a lively spectator. One can’t help but wonder how Garrett can take requests from a diverse audience without hesitation or fumbles.

“The dueling pianos concept is spontaneous, and the success of the show is based on audience participation—that’s what makes it so much fun,” he says.

Garrett has the musical chops to pull off nearly any request that comes his way, from classic rock hits to Top 40 pop jams. The California native has played since childhood in a slew of groups and dedicates night after night to perfecting his craft. He might not be able to play your favorite Belle and Sebastian ballad but, as the “old guy,” he can probably find something that will get you singing along with him.

“Some audience members have the intent of stumping us, but that doesn’t make any sense,” he say. “It’s no fun.”